It was done like dinner. But now, the Atkins diet is back.

In a gluten-free world, a modified Atkins diet is making an improbable comeback 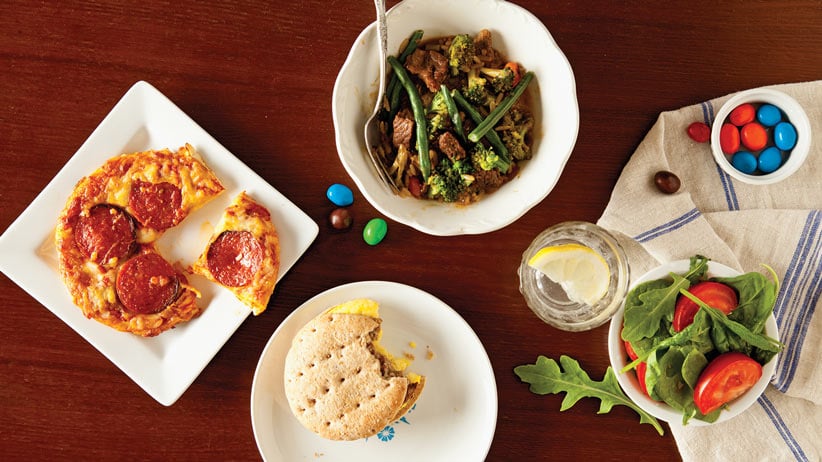 At the peak of the Atkins craze in 2004, almost one in 10 North Americans was on the low-carb diet, including many high-profile devotees like Brad Pitt and Jennifer Aniston. Its meat-heavy methodology was so ubiquitous that sales of bread and pasta plummeted. But the decade following has not been kind to the brand.

First, cardiologist Robert Atkins, who founded the Atkins program in 1972, slipped on ice and died of head injury (not a massive heart attack, as was widely rumoured and reported). Studies from detractors began pouring in, linking high-protein, low-carb diets to heart disease, and risks for those with diabetes and kidney problems. In 2005, while diet junkies had long moved on to Beyoncé’s Master Cleanse, Atkins Nutritionals Inc. quietly filed for bankruptcy protection. Most everyone thought the Atkins diet was done like dinner.

Then fat came back into vogue. “Eat butter,” a Time magazine cover proclaimed last year; The Atlantic declared “Eggs are back.” Books like Wheat Belly and Grain Brain paint carbs and sugars as the new enemy, and today’s health-conscious again favour protein and some fat in their diet. Now that the landscape has shifted back in their favour, enterprising brains at Atkins are hoping lightning will strike twice.

Related: Sugar: The biggest health crisis of our time

Hence Atkins 40: Launched in January, the new Atkins is a far more lax version of the original (which was so strict that even Sharon Osborne, Atkins spokeswoman, couldn’t adhere to it). “40” refers to the allowed net grams of carbs per day (original Atkins allowed just 20 grams; Health Canada recommends 210 to 290), which is sufficiently low to keep the body in the metabolic mode of ketosis, which burns fat rather than carbs. Atkins 40 also skips rigid phases of reincorporating foods on a complicated 10-tier “carb ladder,” so dieters can “eat from all the food groups on day one and still enjoy weight-loss success,” says Atkins Nutritionals VP Colette Heimowitz.

A lot has changed in Atkins’s down years, including dieters themselves. “A dieter in 2015 isn’t going to meetings and isn’t a gourmet cook. They’re busy, they need convenience and immediacy,” says Heimowitz. Atkins is ramping up its online presence; it launches a FitBit app later this year. And the diet best known as a fried-egg-and-bacon program “can be tailored and individualized to your tastes. It’s simplified and more sustainable.” In fact, Atkins is distancing itself from the very word “diet,” which modern consumers don’t like. “It’s more of a lifestyle,” says Heimowitz.

Related: The dangers of going gluten-free

Atkins doesn’t charge a monthly fee like Jenny Craig or Weight Watchers, but it’s boosting its bottom line with new products. This spring, Atkins rolled out “chocolate peanut candies” (a.k.a. M&Ms), “pecan caramel clusters” (knock-off Turtles), and “classic trail mix” onto grocery store shelves. If and when the Canadian market is ready, expect Atkins pizza and breakfast sandwiches, which have already rolled into the U.S. market with great success.

Health Canada’s restrictions on food packaging are not making advertising easy. “In Canada, ‘carb’ is a four-letter word,” says Trevor McKee, director of Atkins’s Canadian arm in Vancouver. “You can say ‘protein’ as much as you want [on the package], but you can’t say ‘carbohydrate’ anywhere but the nutritional label.” The new treats therefore advertise not low carbs but a trademarked “Net Atkins Count” (that is, total grams of carbs minus fibre content), a useful number for Atkins enthusiasts but meaningless and perhaps confusing to anyone else. Still, products like the trail mix, launched last month, are finding a niche, in part McKee says “because they’re not in standard bar form. There’s a bit of bar fatigue happening.”

McKee and Atkins hope Canadian consumers will hop back aboard the Atkins wagon, but maybe they never left. Popular programs like the South Beach Diet and the Paleo Diet are essentially Atkins, as is gluten-free, which is currently experiencing its own backlash, a pattern certainly familiar to Atkins. “We really had something, but we lost the plot,” says McKee. This time around, he’s hoping for staying power. “I don’t think the world needs another craze.”