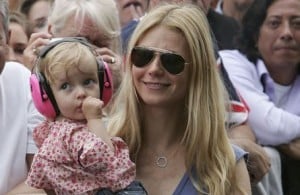 Today marks the release of Gwyneth Paltrow’s new cookbook, It’s All Good. Already, this latest offering from the Oscar-winner has been lambasted south of the border for its gluten- and sugar-free recipes, which offend foodies, and, as one critic put it, “take laughable Hollywood neuroticism about eating to the next level.”

But foodie-ism and the possibility of encouraging eating-disordered behaviour aside, Science-ish was immediately stung by the panorama of pseudoscience premises on which the cookbook rests.

Paltrow opens by describing how she was literally brought to the brink of death—culminating in no less than a migraine and panic attack—after too many stress- and French fry-filled months.

She undergoes what sounds like every medical test imaginable, and finds she has a thyroid problem, anemia, vitamin D deficiency, a congested liver, hormones that were “off,” and “inflammation” in her system. “Another roster of tests” exposed “high levels of metals and a blood parasite.” Mixing her young children into the madness, she gets them tested for food sensitivities, too, and finds they are all intolerant of gluten, dairy, and chickens’ eggs, among other things.

While some of her ailments (An inflamed system? High metal levels?) are questionable bordering on quack-ish, and food-sensitivity testing has been shown to be an expensive waste of time, the most distressing part of the book is what comes next.*

The actress says she went to her doctor, Alejandro Junger—also known as the MD behind the “Clean” regime—and he prescribed an “elimination diet.” Instead of addressing and finding the causes of some of Paltrow’s real health woes, like vitamin deficiency, anemia, and liver congestion, which can be caused by heart failure, he advises she cut out basically everything but quinoa and lettuce. No meat, potatoes, sugar, dairy, eggs, coffee, alcohol, wheat, and, oddly, bell peppers, corn, and eggplant.

Science-ish asked Dr. Yoni Freedhoff, an an evidence-based and obesity-focused family physician, about the scientific basis for such a purge. He said, “The recommendation itself at best can be described as non evidence-based hope, and at worst, as plain old malpractice.”

Worse still, Dr. Paltrow prescribes the diet to all her readers in the form of this latest cookbook! For Dr. Freedhoff, this amounted to another layer of celebrity medical malpractice. He worried that “pseudoscientific claims may keep patients from a true understanding of their condition and/or its treatments, putting them at risk of irreparable harm or even death.”

Now, this isn’t Paltrow’s first assault on science; she’s already a purveyor of quack remedies on her lifestyle website, Goop. But the enduring question that Paltrow’s book raises is why we continually buy into the junk advice of celebrity health promoters who have no specialization in health and everything to gain from us believing their claims.

Would you go to your mechanic to ask about how to heli-ski? Would you seek advice from your banker on climbing Kilimanjaro?

No. You’d go to specialists for information on which your life hinges. So why, then, do we perpetually believe celebrities—people who make-believe for a living, as a dear Science-ish friend once said—for advice about that which is most precious, our health?

Paltrow trades on the expertise of a physician, Dr. Junger, and her ageless blondeness for authority about health. This combination—while attractive—should not form the basis of our health decisions. No amount of cooking like a celebrity will make the rest of us as shiny and golden as Paltrow, and the book risks complicating and confusing diet-related matters by suggesting expensive testing and abstinence from most every food group are the way forward for everyone.

That’s not all good, Gwyneth.

*Addendum: There was a lot of reader interest in the science behind food-sensitivity and heavy-metal testing so here’s a bit more fodder.

Dr. Elana Lavine, who wrote the primer for Canadian physicians on food-sensitivity testing mentioned above and also this position statement on the topic for the Canadian Society of Allergy and Clinical Immunology, explained that there is actually no medically-agreed upon definition for food “sensitivity” because the science behind it is spurious.

To test for food sensitivity, blood is drawn from a person and then exposed to a range of foods. “If, in that blood sample, there is a particular type of antibody called immunoglobulin G, or IgG, which recognizes any of those foods—and there generally always is, because we all make IgG to food—the test measures how much IgG you have against particular foods.”

The question is: does that antibody response signal that the food is unhealthy for you or that you have an allergy? The consensus in the medical community is that it does not. There’s no relationship between a real allergy and high IgG levels in a food-sensitivity test. “When studies are done that try to take people with an allergy to a food, like milk or peanuts, and make them tolerant to that food,” explained Dr. Lavine, “their IgG levels to that food actually go up, and that’s a finding seen in many studies. So that suggests that some particular kinds of IgG are associated with tolerance of food, or the absence of allergy.”

When MD allergists—in contrast to the alternative-medicine practitioners who do food-sensitivity testing—look for allergies, they use skin testing. Small needles dipped in allergens are pricked against skin to test for a reaction. These tests are covered by medicare, whereas food sensitivity tests are not. Dr. Lavine said many doctors may also do blood tests, but they look for a different antibody—IgE—and only test it against one or a small handful of suspected allergens instead of the catch-all associated with food-sensitivity testing. (For more on this, listen to the podcast above.) As well, MD allergists confirm the IgE tests with other information, such as skin testing. “A high IgE to a particular food is a good piece of evidence that your likelihood of an allergy to that food is elevated, and that’s been studied in great detail for many foods,” she said.

What’s more: Many of the studies that proclaim food-sensitivity testing helps patients are flawed by design. “The thing that bothers me the most is the sale of these tests, easily $400 or more, to adults and even children, when there does not exist any consensus that they are valid and lots of evidence supporting that IgG is part of the normal physiological human response to food.” In other words, these tests medicalize normal reactions and encourage people to stay away from whole groups of food that aren’t even problematic for them.

As for heavy metals testing, this is another over-sold and generally unnecessary practice. There is no good evidence to suggest people should be recreationally tested unless there is reason to suspect poisoning as a result of an occupational hazard or some other extreme exposure. Toronto toxicologist Dr. David Juurlink explained, “If I took you and measured your blood and urine, looking for arsenic and mercury, I’d find it in both body fluids. That would indicate you had exposure to mercury, but it would not indicate any disease or poisoning. It’s just a result of living on the planet.”

In his decade on the job, he’s seen fewer than 20 patients with dangerously high levels of heavy metals. The rest of us, he explained, are exposed every day from the food we eat (mercury from fish, for example) and from our environment. This shouldn’t be fear-inducing, he said. “The problem arises when people interpret these levels as something that needs to be treated. More often than not, someone’s arsenic and mercury levels should be disregarded and not treated at all.”