Living in the cloud of Alzheimer’s

With Alzheimer’s in his family, Jay Ingram’s search for answers is both professional and personal 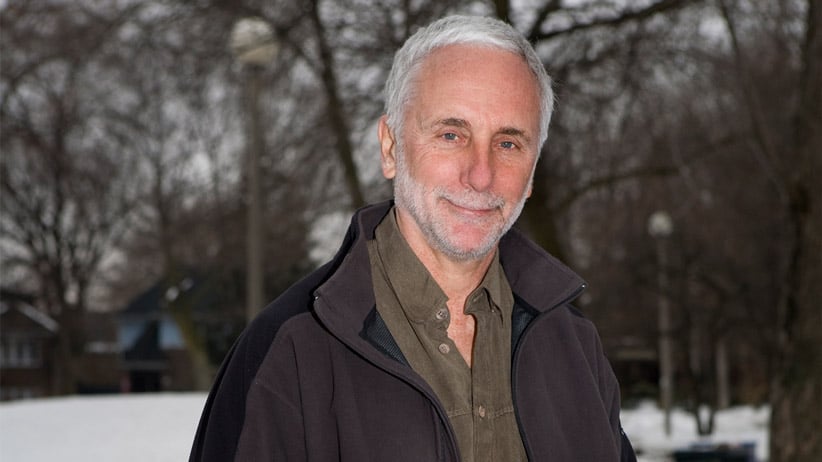 Do the math. Well within the next 20 years, all over the developed world and elsewhere too, elderly populations are set to explode as percentages of their national totals, partly because of increasing lifespans and partly because the next generation is so small. People over 65 now comprise 15 per cent of Canadians; by 2030, they will become a quarter of the population. Strides made in their physical care—especially in cardiology—have not been matched by advances in conditions that affect their minds. As the previous scourges of human mortality fade away, more and more of us will live to experience cognitive impairment. Like cancer, dementia is increasingly what’s left to impoverish and end our lives. One in two North Americans over 85 now suffers from dementia, and nothing coming down the medical pipeline promises relief.

The financial burden is already enormous. The value of unpaid dementia care provided by families is at least $50 billion annually in the U.S., as measured by income forgone by members taking time off work and well over $100 billion when measured by what a family would have paid professional caregivers. The situation is proportionate in Canada. In both countries, the cost is more than financial. For almost a decade, Statistics Canada has reported that more than half of those caring for elderly relatives confess to feelings of exhaustion and depression. That’s why Alzheimer’s disease, which accounts for up to three-quarters of dementia cases, has been called “the plague of the 21st century,” writes Jay Ingram in The End of Memory: A Natural History of Aging and Alzheimer’s, and why, he adds, “its shadow lies over us all.”

Ingram, who through 14 popular books and lengthy stints as host of CBC Radio One’s Quirks and Quarks and Discovery Channel’s Daily Planet became Canada’s best-known science commentator, set out to write what he calls a “distanced, scientific” overview of a disease that now stands at the nexus of a scientific puzzle and public health crisis. But there is no escaping the personal with a sickness that is as emotionally draining as any for those watching from the outside or looking to their own futures.

“I’ve been exposed to a fair amount of dementia,” Ingram says in an interview. Although there is as yet no certain pre-mortem diagnosis of Alzheimer’s—only an autopsy can tell for sure—it’s a very safe bet his mother died of it at age 94 in 2006. “For the last four years she was severely compromised cognitively, and for the final two, there was nothing there I recognized as my mother.” Nor was she alone in Ingram’s life. “There was also her sister—my favourite aunt—and my father-in-law. But there’s nothing special in that. In any group of people it doesn’t take long to discover half of them will have had some contact with dementia.”

That’s probably understating the familiarity if the group is primarily female. Alzheimer’s takes a particularly vicious toll on women, both in their role as the world’s primary caregivers and in the fact that perhaps two-thirds of patients are women. Most scientists think that is explained by the same mechanism that is increasing the overall prevalence—longer lives. More women than men reach prime Alzheimer’s years. But Ingram is not so certain. Picking a number almost at random, he says perhaps “two-thirds of the two-thirds is best explained by longevity,” but in the current state of medical knowledge, it’s just as likely there is a yet identified factor also at work, “maybe estrogen-related, maybe not.”

Looming over everyone, male or female, Ingram’s age—he was born in March 1945—is the individual shadow. “Maybe I didn’t realize it consciously at first, but writing this book, thinking about Alzheimer’s,” Ingram says, “I couldn’t help thinking too, ‘I’m nearly 70. In 10 years, if I make it to then, I’m entering into really dangerous territory.’ ” It also made the writer ponder what he calls “the mystery of life.” Looking for a photo of himself as a child to illustrate this article, “was more challenging than I thought it would be. I had thought of the past as, you know, just my childhood. My parents seemed—as they do to many children—old-fashioned and strict in their parenting, but the old photos showed something deeper. There’s a family connection I see now in my own children, in their twenties—a resemblance, a look, a gesture—that makes them part of the larger whole.” 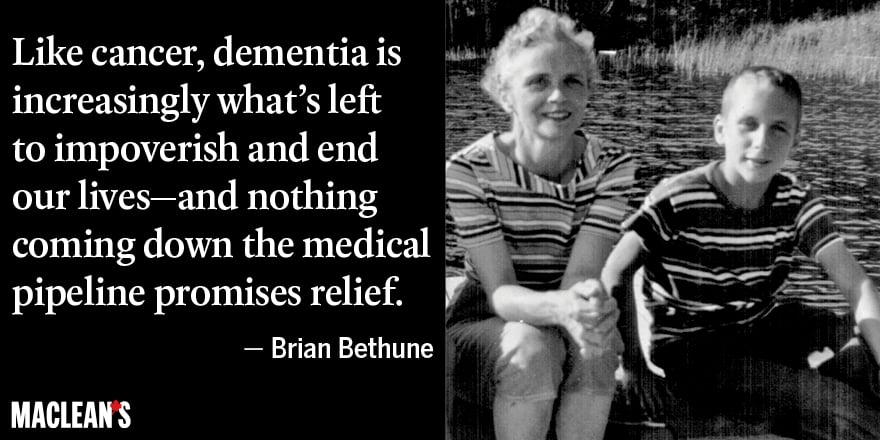 With the natural history of Alzheimer’s, its roots and pathways, as mysterious as it still is, the cloud that lies over our futures can lift or descend like a fast-moving storm. Take Ingram’s situation. One week a study will find, depressingly, that the children of Alzheimer’s mothers are at greater risk of developing the disease than the children of fathers who had it. The next week, other scientists say—bracingly for Ingram, whose father died a month shy of his 98th birthday—that the offspring of long-lived parents are at less risk than the kids of those who had shorter lives.

But on the whole the cloud is black. “I like to tell jokes in my science talks,” Ingram says. “But there really aren’t any good Alzheimer’s jokes.” The official summary of 2014 drug trials, he points out, is another parade of failure. Alois Alzheimer first identified the disease over a century ago, when he examined the dissected brain of Patient Zero, Auguste Deter, a woman he had known in life. Deter was admitted to a Frankfurt mental asylum in 1901. Only 51 years old, her behaviour was paranoid and erratic, her memories tumbling away, leaving just enough self-awareness for moments of heartbreaking clarity: “I have, so to say, lost myself,” she told Alzheimer. Deter died at 55, mute and immobile.

When Alzheimer looked into her brain, he found the disease’s defining features: a vast reduction in the brain cells known as neurons; the plaques, accumulations of the protein amyloid beta; and the tangles, strings of the protein tau. Almost every researcher believes those plaques and tangles are at the root of the disease named after Alzheimer. But in what order of importance—most pick the plaques—and whether as correlates or cause, given that some elderly brains riddled with them belonged to people with no signs of cognitive decline, is still far from certain. Some scientists looking at the way glucose metabolism falls apart in Alzheimer’s patients, have started to think of the disease as type 3 diabetes, a revolutionary concept.

All that is of vital importance, because the efficacies of drug therapies are dependent on the medicine being aimed at the right target. “It’s simply an anxious time for those studying and coping with Alzheimer’s,” Ingram soberly concludes. “By 2025 patients will be putting health care systems up against the wall, but drug development takes a decade or longer. There’s an air of desperation to find something, but I’d be surprised if we had any stabilizing drugs by then. The situation is not good.” All recent drugs have been directed toward the plaques or tangles, but none have been effective—perhaps, Ingram suggests, because they have been given to people only after they have exhibited symptoms. If there is one certain fact about Alzheimer’s, it is that once started its spread is inexorable.

“We’ll have to see what comes out of the Colombia study,” Ingram says in reference to a clinical trial that started a year ago among a related group of Colombians of Basque descent, some of whom have an early onset Alzheimer’s gene—the same gene, although not the same mutation, that killed Auguste Deter—which brings memory loss at 45, dementia at 50 and death soon after. One hundred members will be given a test drug from age 30—and Ingram wonders if that’s too late. The plaques are slow to come to human brains, but the tangles have been seen in 11-year-olds.

That doesn’t mean there’s nothing for sixty- and seventysomethings to do but wait, even if the sturdier protective barriers—a good education, a mentally challenging career—are either in place already or not achievable. “Same old advice as for your health in general,” says Ingram: “diet, especially in regard to sugar, and exercise.” And for a physical disease, there is a strong social component. Solo TV watching correlates dangerously with developing Alzheimer’s; social watching—say, gathering for the big game—points in the opposite direction. Bingo, in fact, may trump chess. And gossip—a source of social bonding and intense cerebral activity, with roots stretching back to primate days—may be the best. All part of the mystery of human life.