Most ALS doctors support assisted death, but most feel unprepared 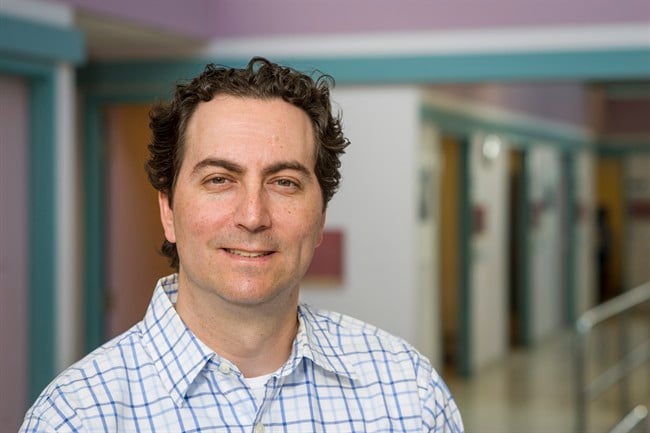 TORONTO – Most doctors who care for patients with ALS support the availability of assisted death for those with moderate to severe disease, but few are willing to offer the lethal procedure themselves, a survey of specialists across Canada suggests.

As well, the survey found the majority of health providers at 15 ALS clinics who responded feel unprepared for the upcoming legalization of physician-assisted death and believe guidelines and training are needed prior to its implementation.

“ALS has sort of been at the forefront of the physician-assisted death debate because it’s such an awful disease,” said Dr. Lorne Zinman, senior author of the study and head of the ALS Clinic at Sunnybrook Health Sciences Centre, the largest in Canada.

Amyotrophic lateral sclerosis, better known as ALS or Lou Gehrig’s disease, is a progressive and incurable motor neuron disease that leads to paralysis, the inability to swallow, respiratory failure and finally death, usually in three to five years from the onset of symptoms.

About 250 Canadians are diagnosed with ALS each year and about 3,000 are living with the disease, said Zinman, who sees two or three patients at the Toronto hospital’s clinic die each week.

“Most patients say they suffer in the final stages and so they stop eating and drinking,” he said, referring to their decision to remove their feeding tube.

“It’s awful because some patients have done that and their loved ones watch them wither away. And it’s a horrible way to die.”

Some ALS patients have sought help to end their lives in jurisdictions such as Switzerland, the Netherlands and some U.S. states, where doctor-assisted dying is not prohibited.

And with the act to become legal in this country on June 6, following last year’s Supreme Court of Canada lifting of the ban on assisted suicide and euthanasia, Zinman said the survey was critical to determine how ALS care providers feel about helping their patients end their suffering.

About 80 per cent of 231 ALS doctors and allied health providers who responded to the survey believe those with moderate to severe symptoms should be eligible to seek aid in dying. Only nine per cent of physicians and 15 per cent of allied professionals like nurses and social workers agreed that those with early-stage ALS should qualify for medical help to die.

Eight per cent of doctors did not support assisted dying for any stage of the disease; some object on religious or moral grounds.

The study found that a minority of doctors who support assisted dying would be willing to write a prescription for lethal drugs to be self-administered by patients with moderate ALS (26 per cent) to severe disease (34 per cent).

Less than a third said they would agree to deliver a lethal injection to those with end-stage ALS who would be unable to swallow the medications.

The study, published in the most recent issue of the journal Neurology, found most respondents would want to refer their patients to third-party doctors willing to perform the procedure.

“But the patients may say ‘I don’t want a stranger to do it, I want someone who I’ve formed a relationship with,” said Zinman. “So we’re going to have to work that out.”

Related: The doctors at ground zero of the assisted-dying debate

The head of the ALS Society of Canada was not available to comment on the study, but the executive director of the B.C. division provided the charitable advocacy organization’s position on the issue.

“We do not condone nor condemn physician-assisted death,” Wendy Toyer said by email. “We recognize the need for appropriate palliative options. We support people living with ALS throughout their journey.”

Because the disease progresses differently in each individual, that journey can be longer for some patients, said Zinman. About 10 to 15 per cent of those affected can live for several years beyond the average survival point.

Perhaps the best-known example is British theoretical physicist Stephen Hawking, who was diagnosed with early-onset ALS at age 21. Now 74, he has long been confined to a wheelchair and is kept alive with artificial ventilation and a feeding tube. He communicates through a computerized speech-generating device controlled by a cheek muscle.

“So just because someone has a diagnosis of ALS, does that mean all patients should have access to (assisted death)?” asked Zinman.

In his 10 years of treating ALS patients, the neurologist has seen about 1,000 succumb to the disease, but he remains particularly haunted by the memory of a Toronto lawyer in his early 60s, whom he had diagnosed with early-stage ALS in 2013.

The man, who was experiencing hand weakness but no other significant symptoms, told Zinman he wanted to kill himself, despite his daughter’s emotional pleas not to take that path.

Zinman also urged the lawyer to reconsider, telling him his breathing was fine and he could live another five years — or longer if he was a so-called slow progressor.

But his patient was adamant. He travelled to Switzerland the following week, where a doctor provided the fatal drugs.

“He flew there and ended his life at the earliest stage of the disease, and I’m still very traumatized by that,” said Zinman, who supports aid in dying for patients with late-stage ALS, who are deemed competent to make the life-ending decision.

Zinman said the study on ALS specialists’ attitudes provides crucial information needed by parliamentarians now debating a proposed law on physician-assisted dying as well as by hospitals and other institutions where the act may be carried out once it is legal.

“It’s coming next month, so what are we going to do? The majority of doctors do not want to euthanize their patients, and I think that makes sense,” he said, but suggested that means some patients who want assisted death would be left to find a willing doctor on their own.

“Where do we send these patients? Who provides the prescription?” asked Zinman. “How many are going to access it? Is it a small number or is it an incredibly large number?

“What kind of Pandora’s box are we opening here?”