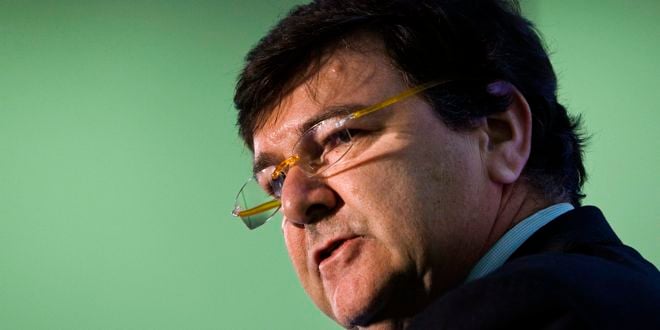 Tensions boiled over at the Multiple Sclerosis Society of Canada’s annual meeting on Saturday as MS patients and their advocates turned up in unprecedented numbers to demand the organization help them gain access to treatment for chronic cerebrospinal venous insufficiency, or CCSVI.

In past years the charity has had difficulty rounding up the 15 members required to achieve quorum. This year, more than 60 people showed up at a mid-town Toronto hotel, many with proxies to support Linda Molyneux and Brock Winterton, two rogue board nominees who support CCSVI treatment being made immediately available in Canada. After votes were tallied, neither came close to unseating the five board nominees on a slate proposed by the society’s governance committee.

The attempted putsch reflected frustration among its 31,000 members over the society’s resistance to supporting treatment for CCSVI, a condition identified by Italian vascular surgeon Paulo Zamboni that made headlines after a CTV broadcast last November. Zamboni had discovered blockages in the neck and thorax veins of MS patients. After they received balloon angioplasties to restore blood flow, a routine procedure in cardiac medicine, many saw their symptoms improve; some saw the disease’s progression halt.

The MS Society has taken the position that CCSVI treatment is “experimental,” that Zamboni’s research is yet to be scientifically tested, and that the results of clinical trials, which could take years, are necessary before CCSVI treatment be given the green light.

“It’s an exciting time in MS research,” Linda Lumsden, chair of the national board of directors for the MS Society, told the crowd, noting “CCSVI has consumed the interest of the membership.” On Friday the Canadian and U.S. MS societies announced $2.4 million for four research studies in the U.S. and three in Canada; all will research CCSVI but not test possible treatment. The society has also requested $10 million for CCSVI research from the federal government, Lumsden said. She was particularly buoyed by the charity’s recent partnering with A&W expected to net some $400,000: “Go out and buy a hamburger on August 26,” she instructed the crowd.

But she couldn’t ignore the anger percolating in the room: “I know there is a level of frustration but we are working aggressively to get scientific evidence,” she said. “Then we can advocate.”

The stance infuriated many. “People with MS don’t have the luxury of time,” said Brock Winterton, a Toronto financial analyst who spoke of the “growing sense of despair” watching the disease weaken his wife, Janet Heisey. “There was nothing until we found out about Dr. Zamboni’s work,” he said. “And we had something and it was called hope.” After the meeting, the couple flew to Bulgaria where Heisey was booked for CCSVI treatment. People with MS “don’t understand why something so low-risk should be denied to them,” Winterton said, criticizing the “modest” $350,000 the society has allocated annually for each CCSVI study, noting it’s a mere 2 per cent of its total research funding.

Linda Molyneux, whose 22-year-old son received CCSVI treatment in Bulgaria earlier this week, blasted the society for being unresponsive to its constituency: “It has become clear MS societies have lost touch with their membership,” she said. “Are they here to serve neurologists and drug companies? Or are they here to serve people with MS?” she asked, noting: “Patients feel the single greatest impediment that stands between them and this treatment is the MS Society.” She spoke of the toll the disease took on her son, such as the crushing fatigue that caused him to drop out of university. Days after his CCSVI procedure, she added, he was out sight-seeing with his father.

Members repeatedly expressed disillusionment with a society they’d supported for decades. Some questioned the make-up of the medical panel who approved the CCSVI research grants, noting it was filed with neurologists and lacking vascular specialists familiar with Zamboni’s protocols.

Some MS patients took to the floor to express fury that they were being discriminated against. “I want my veins opened. Why can’t I have my veins opened?” asked 51-year-old Michele Deverill of Toronto. “Why won’t MS Society agitate in Ottawa on our behalf?” Someone else made the analogy with the Heart and Stroke Society’s advocacy for the new blood-clot vacuum used on stroke victims. It was tested on 27 people before going into widespread use and subjected to no clinical trails.

Yves Savoie, the society’s president and CEO, was calm and measured in his responses: “I understand the sense of urgency,” he said. “Yet the evidence base needs to be robust.” Factions exist, he admitted. “This house is probably divided and we may not reconcile it today.”

By meeting’s end, however, it was clear “this house” has been duplexed. Eleanor Barker was among the most outspoken. Her 51-year-old brother Grant who has had MS for decades is now a quadriplegic, she told the room; over the past six months, MS-related dementia has set in, stealing his once-vibrant intellect. Scans reveal no blood flow in one vein. Her family is so desperate they’ve researched the cost of air ambulances to transport him to Bulgaria: $125,000 each way.

The MS Society’s number one advocacy goal should be for every MS patient in the country to have CCSVI testing, Barker said. “People have a right to have blood flowing through their bodies, even if they have MS.” She challenged the room: “Is there anybody who doesn’t believe that people shouldn’t have access [to CCSVI]?”

Not all members did. One man whose wife has MS which has been progressing slowly expressed concern that the focus on CCSVI could leave MS patients further from a cure. One woman said she was unwilling to be “a guinea pig” and had “faith in the system.”

They were in the minority. Brian Light, a Toronto publisher who addressed the room from his wheelchair, spoke of traveling offshore for CCSVI treatment in January. Since then, the disease has not shown any signs of progression, he said. He questioned why the society has shown no interest in tracking Canadian MS patients among the more than 1,000 who have received CCSVI treatment elsewhere in the world.

“MS is a disease of testimony,” Light said. “Everyone has a completely different story.” He too begged for the society’s support on behalf of fellow MS patients: “We’re getting worse. We’re going down and we’re going down bad,” he said. “Give them this chance.”