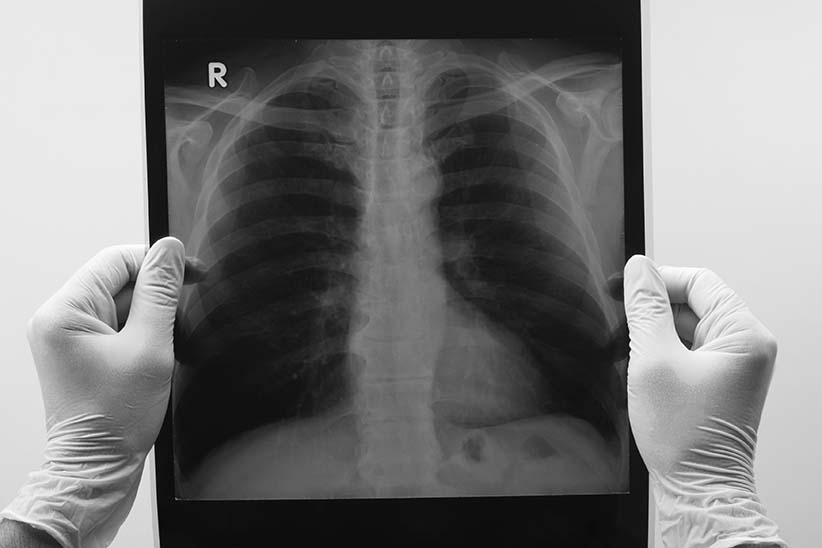 TORONTO — New guidelines suggest adults aged 55 to 74 who are at high risk of lung cancer due to a history of smoking should be screened annually over three consecutive years using low-dose CT scans.

The guidelines from the Canadian Task Force on Preventive Health Care apply to current smokers and those who have quit within the past 15 years with at least a so-called 30 pack-year history of smoking.

A 30 pack-year history would include a person who smoked one pack a day for 30 years, or two packs a day for 15 years.

The guidelines are based on recent studies, including a clinical trial that found a 15 per cent reduction in lung cancer deaths among those screened with a CT scan compared to a chest X-ray.

The task force advises against screening for lung cancer with chest X-rays. It also does not recommend screening among adults outside the 55 to 74 age range, regardless of their smoking history.

Lung cancer is the most common cancer in Canada and the No. 1 cause of death from cancer. In 2015, about 26,600 Canadians were diagnosed with lung cancer, and almost 21,000 died from the disease.

“Screening for lung cancer aims to detect disease at an earlier stage, when it may respond better to treatment and be less likely to cause serious illness or death,” Dr. Gabriela Lewin, chairwoman of the task force’s working group, said in a release Monday.

The recommendations do not apply to people with a family history of lung cancer or those with symptoms suggestive of lung cancer. For people with other risk factors for lung cancer _ such as exposure to radon or second-hand smoke, or previous radiation to the chest _ it is unknown whether there is benefit from screening with low-dose CT, the authors said.

The guidelines are published in Monday’s edition of the Canadian Medical Association Journal.