Nobody likes sick notes anymore. Why won't they go away?

Doctors are getting sick of sick notes, and some are starting to charge the employers who ask for them 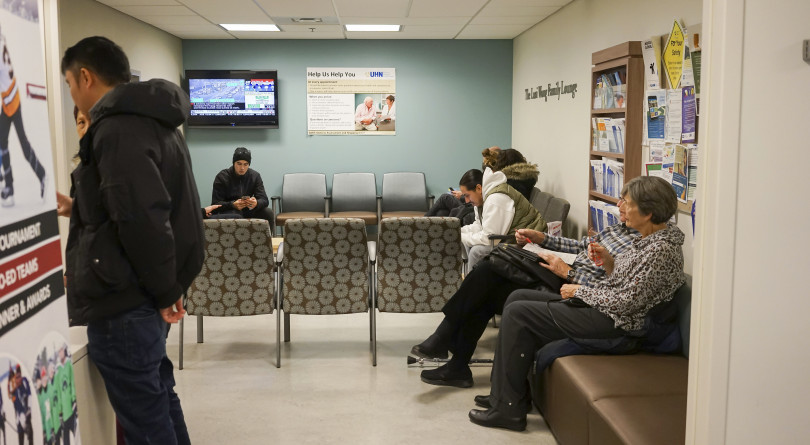 On an icy winter’s day last year, Eric Cadesky had a patient who urgently needed to visit Cadesky’s family medical practice in Vancouver. The man wasn’t ill—he’d fully recovered from a recent bout of bronchitis and was ready to go back to work. But his employer said he needed a doctor’s note before he could return. So Cadesky’s office set up an appointment to do nothing more than perform a check-up and hand over a piece of paper giving him a clean bill of health.

Cadesky was never a fan of such notes. He has enough paperwork already and a line-up of patients—ones who are actually sick—in need of his attention. And in this case, the whole exercise backfired in a memorable way: the patient was injured in a car accident en route to Cadesky’s office, defeating the entire purpose of the visit. “This person would have been healthy if they were allowed to return to work without a sick note,” he says. “The injury prevented them from going back to work right away.”

Mercifully, no one was seriously hurt in the crash. But Cadesky notes that some people travel great distances to see their doctors, meaning the risk of this absurd episode recurring is more than minimal. Lately, he’s begun writing an additional line in his sick notes for employers, stating why it’s wrong to ask for such rudimentary medical documentation. “It’s a system that doesn’t work—and can cause some real harm,” he says.

READ MORE: The fentanyl risk for postal workers: health and safety is not a given

Fellow Canadian physicians are following his lead. Some now actively charge employers—not patients—a fee for them, since it’s the employer who wants them. Others issue boilerplate-style missives containing admonitions explaining that sick notes bog down physicians in paperwork and put sick people in more compromising situations. Doctors and patients, to put it bluntly, are sick of sick notes.

Last year in B.C.’s South Cariboo region, family doctors put up notices around clinics and the area hospital about a new charge for sick notes. “100 Mile House and Williams Lake doctors will start invoicing employers $43.90 for requiring sick notes,” it explained, which is the cost recommended by Doctors of BC, the association that represents physicians in the province.

“If a patient gets a stomach flu and they have vomiting or diarrhea, before they can go back to work, they’re advised they need a sick note,” says Doug Neufeld, a family physician in Williams Lake. “Often times, they’ll end up sitting in an emergency room on a weekend, waiting for four or six hours to see a physician. It’s not where common sense would dictate you should be.”

Instead of resting at home, if that person with a stomach flu is sitting in a waiting room for a note, it “exposes others to germs when they don’t need to be exposed—patients undergoing chemotherapy, pregnant women, the elderly,” says Fransien Van der Merwe, a family doctor in Williams Lake. “We don’t want them exposed to viruses that we can’t treat anyway.”

Even if an alternative is people getting sick notes after they’ve fully recovered, adds Neufeld, “we’re basically truant officers for the employers to document they were sick.”

Other doctors are blunter still in their assessment: “A waste of time,” says Paul Young, a family physician in Bedford, N.S.

One of Young’s patients recently came in with a migraine, which Young attributed to a thyroid issue. So he prescribed a new medication and told her to take a couple of days off work. Then he received a note from a third-party company that managed sick time on behalf of her employer. “It was a two-page form asking for chart notes and lab results from the past month,” he says. When he wrote back saying the demand was inappropriate for a two-day illness, he recalls, “I got a snarky letter back highlighting if I didn’t fill out the forms, they would deny her sick days.”

Young turned to local media to highlight the problem—a “legal loophole” as he calls it, whereby employees at the company were required to sign a sick leave policy consent form for such medical information when joining the company. “Signed consent under the threat of not getting sick days is not consent,” Young counters. “It’s coercion.”

Meanwhile in Ontario, the last two years of provincial politics has included legislation going back and forth on sick notes. They were effectively banned in 2017 under the previous Liberal government, but the ruling PCs made changes earlier this year to make it fair game for employers to ask for them again.

“There are conditions where, when an employee returns to work, they may not be able to safely perform their duties” says Laura Williams, an employment lawyer and founder of Williams HR Law. “Employers need to know whether an employee is fit to return.”

It’s necessary not only for aspects of attendance management, Williams adds, but also to fulfill employer obligations under the human rights code. “When you’re accommodating for reasons related to disability, which could be why employees were taking personal emergency leave, you require medical information.”

That’s not to say employers should go doctor’s note-happy, she says, but they would be wise to reserve the right to require them.

If they do, Van der Merwe wants them to keep one thing in mind. “We get calls from patients requesting urgent appointments, because they can’t go back to work until they have a note that says they were sick or are fit to go back to work,” she says. “And they bump patients back in emergency appointments who really need to be seen.”