Nothing to sneeze at

How the common reflex is dangerous—and even deadly 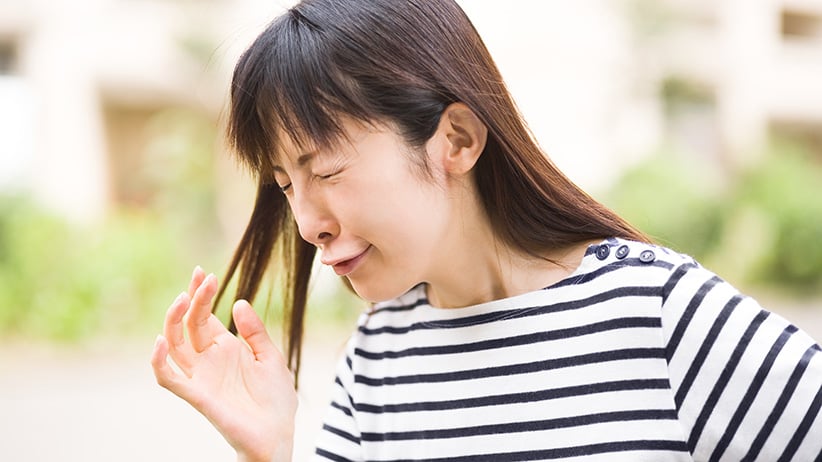 One minute Victoria Kenny was perfectly fine at home in West Sussex, England, watching EastEnders on TV, and the next she was in agony and unable to stand or even move her arms and legs. In between, all she did was sneeze. But that massive sneeze ruptured a disc in Kenny’s back, which caused two vertebrae to pinch her sciatic nerve, paralyzing her. (In April, two years later, she had surgery, and now she can walk again.) “When I sneezed I felt a searing pain down my spine,” Kenny told British media. “I didn’t understand what was happening.”

That a sneeze could cause such serious health problems is almost unbelievable. For most people, sneezing is harmless. In fact, “sneezing is a good thing,” says Dr. Saul Frenkiel, chair of otolaryngology and head and neck surgery at McGill University, because it is the body’s way of getting rid of foreign stimuli stuck in our nose. “It’s the body’s protective response,” he adds.

But a number of recent events (many in the U.K., coincidentally) have revealed just how dangerous—and even deadly—this seemingly innocuous reflex can be. “A sneeze can happen in a couple of hundred milliseconds, it’s so quick,” says Agnes Makowski, chair of the sport physiotherapy division of the Canadian Physiotherapy Association. Estimates of the speed of a sneeze range from 160 to more than 1,000 km/h—or 85 per cent of the speed of sound. Makowski likens sneezing to a “very ballistic or explosive” movement, and warns that “it can be violent because it’s a high force that happens in a short period of time.”

Just ask John Oram’s family about the devastation a sneeze can unleash. In July, 2009, the 79-year-old from South Devon sneezed so severely that his brain rattled against his skull, causing minor head trauma. Unfortunately, Oram also had diabetes and heart troubles, and was on a medication that made him more prone to bleeding. Oram suffered a brain hemorrhage, and died two days later, prompting the coroner to conclude that, “On the balance of probability, it was likely it was the sneeze that led to his death.”

For Shane Fraser, his sneeze cost the life of someone else. Two years ago, he lost control of the tanker truck he was driving in Inverness, Scotland, and crashed into a car carrying four people, including Melainey Rose, 36, who died in the accident. Fraser’s defence was that the force of his sneeze caused him to jump out of his seat and jerk the wheel. But in late October, the courts convicted him of death by dangerous driving and sentenced him to four years in jail.

By comparison, Toronto Blue Jay Ricky Romero was spared when, in April, he sneezed so violently he strained his right side—and had to sit out for a week. “It’s crazy,” the rookie pitcher said after his injury, “even now I’m afraid to sneeze.” But this wasn’t a first. In 2004, major leaguer Sammy Sosa had back spasms after he sneezed twice in the clubhouse before a big game. The outfielder, notorious for his size and steroid use, was embarrassed about being hurt this way, saying: “It would have been better if I had hit off the wall or we [had] a fight or something, but this?”

In all of these cases, havoc ensued once a sneeze occurred. But Frenkiel says suppressing a sneeze can be just as hazardous. When we prevent a sneeze by pinching our nostrils or “swallowing” it, tremendous pressure builds up in our bodies, he says. That makes “weak spots” such as the eardrums susceptible to damage. They can become perforated or even burst, which is painful and can cause hearing loss. The pressure can also lead to hemorrhaging or bleeding in the ears or eyes, which won’t necessarily lead to serious or permanent problems.

Holding a sneeze in also puts us at risk for a “CSF leak,” or cerebral spinal fluid leak—brain fluid coming out the nose. Frenkiel says “it looks like clear watery fluid,” and usually flows out of only one nostril. Unless a doctor checks you out and tests the fluid, you may confuse a CSF leak with a runny nose, says Frenkiel, but he emphasizes this is extremely rare. It can happen if a suppressed sneeze causes a tear in the thin area that separates the brain from the sinuses. Sometimes the tear repairs itself. Otherwise a procedure is done to seal the hole, which, if untreated, could lead to recurring meningitis.

While Frenkiel has treated patients for a CSF leak, he says that each of these risks amounts to “a freak thing.” But there are factors that put us more at risk for getting hurt, adds Makowski. Bending or twisting in reaction to a sneeze may encourage slipped discs or strains. Weak core muscles in the abdomen and lower back combined with slow reflexes inhibit our ability to brace for a big sneeze. And neck or back problems may make us more vulnerable. “It’s like an elastic that you’ve been pulling for some time,” says Makowski. “If you add a quick force, that might be enough to create an injury.”

The best way to prevent ailments is to let a sneeze out, say experts, without excessive reactionary movement. And don’t forget to cover your nose and mouth. “Sneeze into a Kleenex to prevent the droplets from shooting out into the surroundings,” says Frenkiel. That’s especially good advice given a recent study by the University of Michigan showing that during the H1N1 pandemic, seeing someone sneeze elicits irrational fears about other health hazards—including dying of heart attack before age 50, in an accident, or because of a crime.