Nutritious Nutella? All you need to know about the pitfalls of food labels 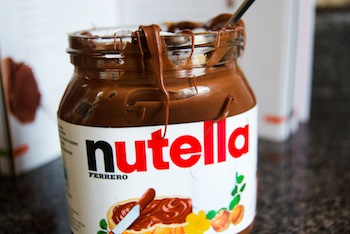 In a tale reminiscent of the McDonald’s hot coffee lawsuit, moms in the U.S. brought a class-action case against Nutella maker Ferrero, claiming it misled them by portraying the chocolate spread as “an example of a tasty yet balanced breakfast.”

Their $3 million settlement came a few days after an access to information request by Postmedia revealed that some of the world’s biggest food brands and organic labels routinely lie about the nutrient make-up of their products. And this is not the first time Big Food was caught with its fingers in the proverbial cookie jar; similar studies in other jurisdictions have shown that there can be a gulf between stated and actual nutrition content.

Naturally, all this led Science-ish to wonder: Do nutrition labels affect health outcomes, and do we need a labelling revolution?

Think about all those times you sat over a colourful bowl of Lucky Charms, reading about the sugar content on the cereal box, only to go for a second marshmallow-laden helping right after. Perhaps unsurprisingly—despite the calls for labels on everything from muffins to restaurant menus—evidence of their health benefits is mixed.

In New York City, where menu labelling laws came into place in 2008, research shows that information on nutrition content “appears to have little effect on purchasing behavior,” said Marion Nestle, a New York University health policy professor and author. Consumers ignore labels, and those who bother to take a look tend to be more health-conscious anyway, she told Science-ish. Plus, many of us don’t understand the information on labels.

More evidence of the limited health impact of nutrition information comes from a new global study, published in the British Food Journal, which suggests that countries where labelling is ubiquitous are actually less healthy. “Canadian and U.S. consumers, who have access to more information sources and to more specific information, appear to be more knowledgeable about dietary fats specificities than their French counterparts,” the study read. “These overall levels of knowledge seem to be uncorrelated, however, with the healthiness of food behaviors in the general population of these countries.” Mind you, this was an observational study, so beware of confusing correlation and causation. Still, the results were intriguing.

Finally, even if everyone always read and understood nutrition information, labels often lie and food marketing misleads, as we saw with Nutella. This happens because there is little oversight of labelling practices, so Big Food can beautify or obscure the truth, to a certain extent, without running into trouble. That’s why, for instance, Kool-aid is marked with a “healthy” symbol in Canada, said David Hammond, an associate professor at Waterloo University who studies health warning labels. No wonder a study of America’s Smart Choices program—a now defunct industry-driven effort to classify healthier food options—found that 64 per cent of ‘Smart Choice’ products did not meet the non-industry standard for a healthy food option.

Are food labels totally useless then?

Those who have looked closely at the issue—like Yale University scholar Christina Roberto—tend to think that labels are “just one of many weapons in the obesity-fighting arsenal.” But she and others argue that information on nutrition content—which consumers say they do want—could provide much more powerful ammunition against bad eating choices if only we moved beyond the discreet, black and white table tacked on the back of food packages. When it comes to labels, they say, Big Food has something to learn from Big Tobacco.

The rotten lungs and limp cigarettes splashed on the front of smoke packs were a response to evidence that big, visual labels are much more effective than small, obscure text warnings. Hammond, who studied both food and cigarette labelling, told Science-ish, “The main lesson from tobacco is that product labelling and health warnings are only as effective as their design and content.” As well, giving consumers technical quantitative information, like milligrams of tar, “tends to impress them but has either no effect in guiding decision-making or can be even counter-productive given the low levels of comprehension.” For now, he concluded, “Food labelling is at the same level of sophistication as tobacco labelling 15 years ago.”

It might be a long road to better labels, though. Conservative health minister Leona Aglukkaq, for one, believes in a hands-off approach towards Big Food. Such an attitude didn’t get us far with the anti-smoking campaign, and it certainly won’t help win the war on obesity.