Obese kids will soon outnumber underweight kids in the world

The obesity rate of Canadian children and adolescents has more than tripled in the past four decades, according to a new report by the World Health Organization.

In 1975, the obesity rate for those in Canada aged five to 19 was slightly less than three per cent. By 2016, that rate had jumped to nearly 14 per cent for boys and 10 per cent for girls.

READ: Why your drunk teen is putting on the pounds

Worldwide obesity rates have undergone a similar increase. During the same time frame, the global obesity rate for children and adolescents rose to nearly eight per cent for boys and six per cent for girls from less than one per cent. If the trend continues, the report notes, by 2022 there will be more obese children and adolescents in the world than those moderately or severely underweight.

Polynesia and Micronesia had the highest obesity rates for both boys and girls (22.4 per cent and 25.4 per cent respectively), and the largest increases took place in East Asia, the high-income English-speaking region (which includes Canada) and the Middle East and North Africa.

READ: Eat like your grandma: Why you should skip the kale salad

Here’s a look at how obesity rates break down in Canada and on a global scale: 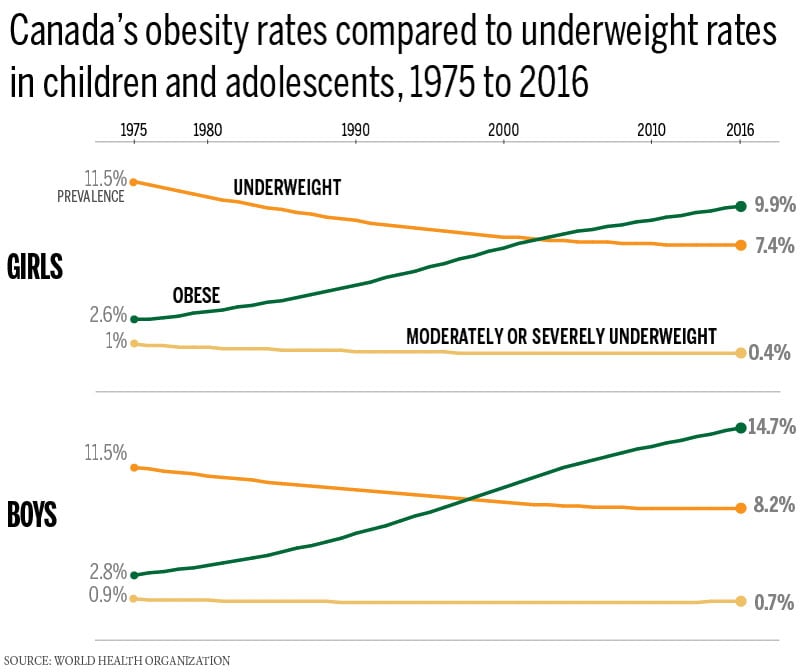 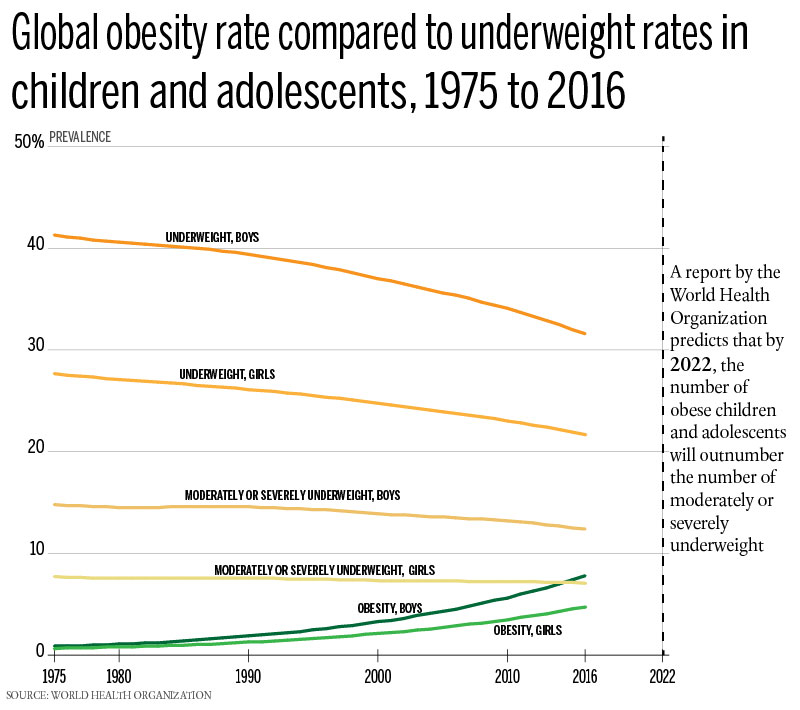