Paging Dr. Digital: How to get doctors on social media 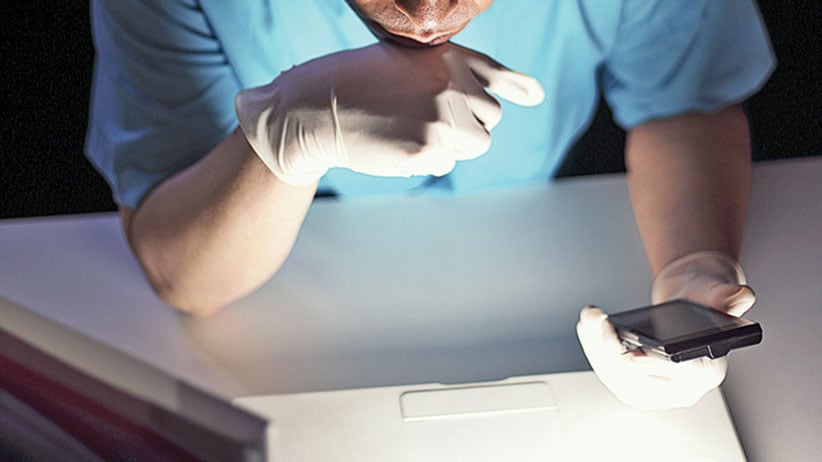 In the second week of medical school at the University of Ottawa, after students have barely read their syllabi and bought their books, they get a crash course in social media. In class, they discuss the platforms they’re using—Snapchat, Instagram et al.—and start a debate about how physicians should, or perhaps shouldn’t, use them on the job. “It’s only an hour,” says U of O anatomy professor Dr. Alireza Jalali, “but I think it’s a good start.”

In the digitally conservative world of Canadian medicine, “only an hour” is practically revolutionary. Seventy-seven per cent of Canadian doctors don’t use social media professionally, according to the 2014 National Physician Survey. Facebook, Twitter and the like, the thinking goes, are more trouble than they’re worth, pose a risk to the confidentiality of the patient-doctor relationship, and could compromise quality of care.

Not so to Jalali, who got into social media long before any regulatory body did. When he switched from practising sports medicine to teaching 10 years ago, he took the pulse of his students’ social media use and realized they were all on Facebook, talking with one another. So, he set up Facebook groups to communicate with his classes. Other doctors started to notice. “Slowly,” he says, “physicians came to me and told me they were interested.”

The Canadian Medical Association set out its guidelines on the topic in 2011 and, last August, installed its new Twitter-loving, Facebook-using president, Dr. Chris Simpson. “Twitter is a fantastic way to bring medical literacy to the general public,” he says. Physicians can tackle misinformation, such as that of the digitally savvy anti-vaccination movement, he adds, by tweeting links to studies.

Simpson thinks reluctant doctors fear that patients will use social media to contact them about medical problems. But, he says, new media don’t nullify old principles. “It becomes quite simple if physicians just think about meticulously protecting the privacy of their patients,” he says. Facebook friendships and googling patients almost always “exceed that boundary because of the potential for a breach of privacy.” (Not that physicians can’t have Facebook; Simpson has both personal and professional profiles.)

Millennials account for about a quarter of current CMA members; in 10 years, they’ll comprise half. Jalali sees the looming change every day in the form of his students, who use pseudonyms on Facebook and often worry about whether employers will google them. He thinks his students might be overestimating practising physicians’ online expertise. As proof, he mentions, with a laugh, the doctors who still complain to him, “ ‘I got on Facebook and I’m getting all these friend requests.’ That’s the whole point.”