Preview: Does this girl hold the genetic key to how we age?

A sneak peek at this week's cover: A five-year-old Alberta girl is trapped in the body of an infant. Scientists think she may hold the key to the secrets of aging 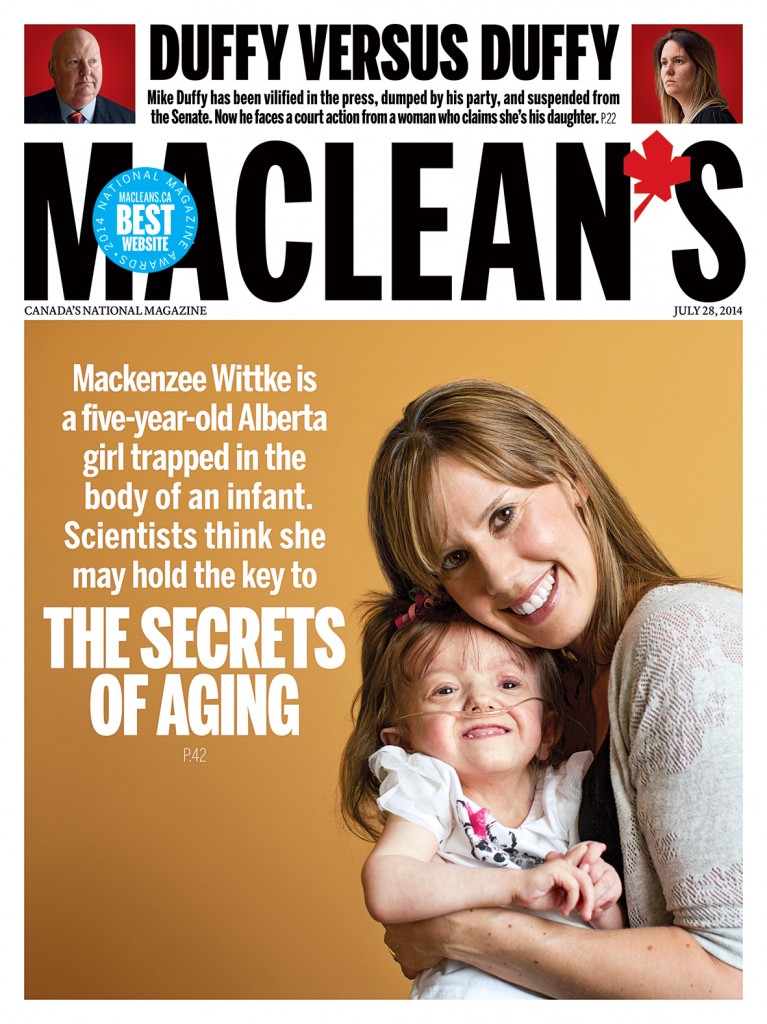 Every year, on her birthday, Mackenzee Wittke gets the same cake. It’s a homemade Rice Krispies treat, gooey with marshmallows and butter, moulded into the shape of a number: one for her first birthday, two for her second, and so on. Every year, as she hits another milestone, her parents, Kim and Matt Wittke—who live in the Edmonton suburb of Sherwood Park—snap a photo of her next to the cake. These pictures are a timeline of five-year-old Mackenzee’s life so far, and they reveal something startling: From one year to the next, as the number-shaped cakes tick upward, this girl has barely aged.

Today, about to turn six, Mackenzee weighs 16 lb. and measures just under 30 inches. Doctors and specialists say that, physically and cognitively, she’s the age of a six-month-old baby.

No medical expert has ever been able to explain Mackenzee’s condition; all genetic and chromosomal tests come back normal.

Science writer Kate Lunau tells the story of the Wittke family in Maclean’s this week. As Lunau explains, there are scientists who believe that solving the mystery of why Mackenzee seems frozen in time will answer one of life’s biggest questions: how we grow old.

You’ll find the story in our print edition, which hits stands Thursday. Read the digital edition on tablet or iPhone later today. We’ll post it here early next week.