Physician and resuscitation researcher Dr. Sam Parnia has a positive outlook on death and says in many cases it can be reversible. 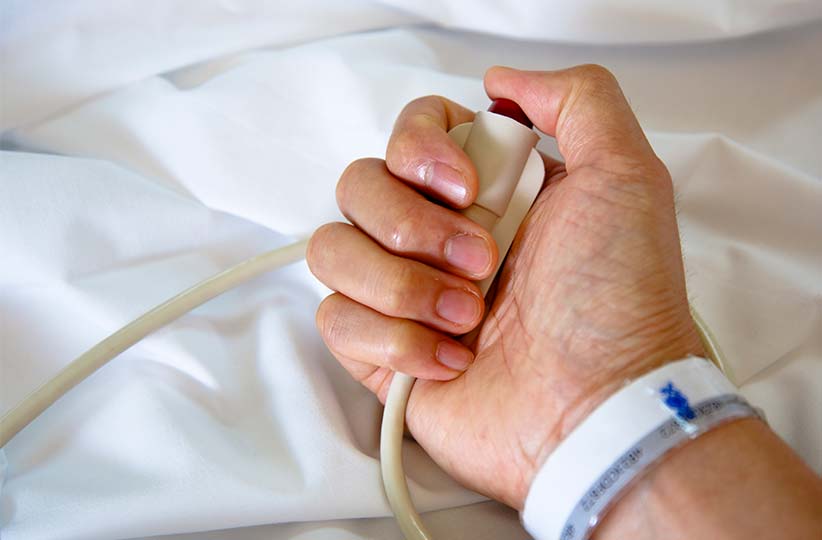 Cardiac arrest is the only condition that will one day affect every one of us, says Dr. Sam Parnia, an intensive care physician, director of resuscitation research at Stony Brook University school of medicine in New York and author of the new book Erasing Death. The good news is that, according to Parnia, death is reversible. Parnia is director of the Aware Study, which is looking into what happens to human consciousness during and after death.

Q: You suggest that death is not a moment, but a process. Can you explain?

A: For centuries, if not millennia, the way we have considered death has been when a person’s heart stops and, as a result, because there’s no blood flow, the person stops breathing and the brain stops functioning, so we become lifeless and develop into a corpse. That has been considered the moment of death. That was not a problem, because until about 50 years ago [with the advent of CPR], there was no way of reversing that. You and I have inherited a concept of death as an absolute moment from which there’s no return.

Advances in the last 10 years have started to shake our understanding of death. Contrary to what we thought, after a person dies, [brain] cells don’t necessarily die in just a few minutes. They can remain in a viable state for many hours. A point will come where the cells inside our brain are so damaged that no matter what we do, we can’t restore function. But that takes many hours. It’s now possible to manipulate those processes and prevent cells from cascading toward their own death, to fix the underlying problem that caused the person to die, and bring back a whole person. You’d still define a person as dead, but the big [shift in understanding] is that it’s not permanent until quite a bit afterwards.

Q: How do you bring someone back to life?

A: When a person dies and their heart stops, the first thing is to ensure you deliver effective CPR, focused on quality chest compressions and breaths. Human beings can’t deliver CPR for more than about a minute. It’s very tiring. Machines can deliver CPR for hours, and avoid simple human errors that cause people to be mistakenly perceived as being inevitably dead. The next thing is understanding the process of cell death. We can cool a person down and preserve cells. There are machines that take [the patient] to the temperature required and maintain it; they cost less than an ultrasound machine. You stick pads onto a patient’s chest and thighs, and the pads cool [him] down. Less frequently, you can put a catheter in a blood vessel and cool the person from within.

Q: You write of a machine currently in use called ECMO, or extracorporeal membrane oxygenation.

Unfortunately it’s used inadequately in North America and Europe, but it’s used a lot in Southeast Asia, particularly Japan and South Korea. As the name suggests, doctors put catheters into a patient who’s died, and siphon out blood from the body, and connect the person to a membrane that gives it oxygen, and then pumps it around the body. That way, even if the heart doesn’t beat, you can still deliver oxygen to the brain and other organs, and slow down the rate by which they’re going to their own death. And that gives time to physicians to go and fix the underlying problem that caused the person to die in the first place.

Q: Who is a candidate for resuscitation?

A: If a person dies of some condition that is untreatable, then I do not suggest any kind of resuscitation. Often we do it just because family members want it, but it’s really wrong. If we couldn’t fix the fire that caused the person to die in the first place, there’s no point in going through the motions—like someone who has cancer, and the cancer has spread to the point where there’s no more treatment available, or someone has such a profound infection that they’re on life support, and they’re veering down towards death.

On the other hand, plenty of people are candidates: someone who has a heart attack, who’s relatively young and fit, say a 50-year-old man. With added time, doctors can remove the blood clot that killed him. Or a young person who dies from a car accident who’s bled to death, but otherwise, his organs and body are relatively healthy. You could preserve that person and give the surgeons time to fix the bleeding blood vessel.

Think of the [alleged] Boston bomber [Tamerlan Tsarnaev, 26, who was shot by police on April 19, 2013, and later died], and how vital it would be to keep someone like this alive to get information from him. If they’d hooked him up to ECMO and cooled him down and preserved his organs, and given time to the surgeons to fix his gunshot wounds, then potentially he’d now be alive and be able to be interrogated, assuming—and this is what I don’t know—that they didn’t shoot him in the head.

Q: You note that resuscitation methods and success rates vary greatly from place to place.

A: Most doctors have been brought up on this dogma that if you stop blood flow [to the brain] for just a few minutes, brain damage is inevitable. When someone’s heart stops, people [doctors] don’t necessarily go above and beyond. They believe that if they go beyond 10 or 20 minutes, the person is likely to end up like Terri Schiavo [who suffered brain damage following cardiac arrest], so they will probably stop. There is a complete lack of regulation regarding the quality of care people should receive in the 21st century for having cardiac arrest. You can end up in the same hospital and have completely different treatment, depending on which doctor happens to be on service when you arrive, and even which bed you end up going to.

Q: What’s the longest amount of time a patient has been dead and come back to life? You describe in your book a 30-year-old Japanese woman who was found outdoors in a forest after overnight exposure to cold.

A: It was remarkable because she may have been dead up to 10 hours. We really don’t know. But the doctors decided to try to reverse it. They did CPR and it didn’t help, so they connected her to ECMO and gave her six hours before they managed to get her heart restarted. Most likely, her brain cells did not become significantly damaged because she died in a relatively cold environment. If an ambulance crew took this woman to a local hospital here in New York, they would have most likely just declared her dead.

Q: What happened to her?

A: I contacted the doctor who treated her. He told me that she had a baby in the last year.

Q: What do patients describe of the experience, when they come back from the dead?

A: We now have many people who, due to advances in medicine, have gone beyond the threshold of death. They’re giving us a universal picture of what the experience of death is like. They have this enormous peace; they feel joyous; if they had pain, the pain goes away. They often describe seeing a light, and particularly a being of light. It guides them through a review of their entire life, from early childhood to that moment. Sometimes they experience everything they had done to others. If they had, even without purpose, caused someone distress and harmed them, they will then experience that same pain the other person had. In a sense, they judge themselves. They’re very much positively transformed by the experience—they become more altruistic, less afraid of death, and it gives a different quality to the life they lead.

A: I’m not religious. If you look back in history, a lot of what we study today used to fall into realms of philosophy or religion. If you said Earth was not the centre of the universe, you would be a heretic. For some reason the study of death has still been encamped, at least in people’s minds, in religion and philosophy. We have a biology of death—and every day we are trying to reverse it, and therefore we need to study it through science. However, we also can’t ignore what people describe. We’re just telling the stories that have been recounted to us. And I don’t think that religion plays a huge role, because the experiences described by children, sometimes less than three years old, who really have no preconceived idea about life, death, or religion; as well as adults from different cultures, different religious backgrounds, and sometimes or often without any religion—the core message that people tell us is the same.

Q: What about out-of-body experiences?

A: A proportion of patients describe a sensation of separating from the body and watching doctors and nurses working on them. [His book cites a 2001 case, in which a Dutch patient’s dentures were removed during cardiac arrest. When the nurses couldn’t find the dentures later, the patient was able to remind them where they were.] When you stop blood flow to the brain and do CPR, there is no measurable brain function. So there should be no reports of conscious awareness; of people being able to see and hear things. The question becomes, how can people have conscious awareness when they’ve gone beyond the threshold of death?

Q: How does all of this change our understanding of death?

A: It gives a very positive outlook on death. We should not be afraid of death. And it tells us that death is, in many cases, reversible.