Sir Michael Marmot on why all matters are health matters

Q&A: How social inequalities affect health and the limits of doctors' ability to fight illness 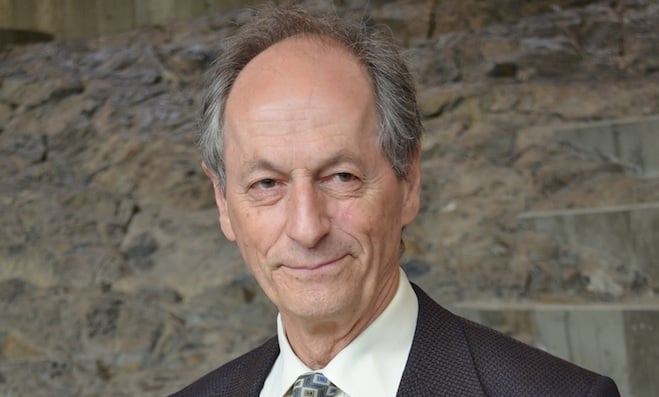 By the age of 25, Sir Michael Marmot, the first in his family to go to university, was already a practicing doctor with a secure future ahead of him. He should have been a contented man. But he wasn’t. As he tells it, he felt there were limits to how he could help his patients in his work as an MD. He saw people every day who were dealing with what he calls “problems in living” that seemed to lead to their poor health.

“At this inner-city hospital where I was working, we had a lot of immigrants at this time, and they would come in with pain in the tummy,” he told Science-ish in a gentle, grandfatherly whisper. “We’d give them some white mixture and send them home. And I’d think to myself, ‘they’ve come in with problems in living and we’ve given them a bottle of white mixture and told them to go back to the problems in living that they had before’.” For Marmot, it seemed like a futile approach: Patients’ problems needed to be addressed outside the walls of the clinic as well.

That’s why he left his secure job to move to California to study epidemiology, looking at disease trends in well-defined populations and how they correlated with people’s life circumstances. As Marmot recalls, his supervisor at the time— sociologist-turned-epidemiologist Leonard Syme—told him, “Just because you’re a doctor, doesn’t mean you understand the causes of ill health. You understand something about biology and medical conditions but you’ve got to learn something about society if you really want to understand the causes of ill health.”

Since then, Marmot, now 67, has led some of the world’s most compelling studies on the “social determinants of health.” In some 30 years of research on members of the British Civil Service, known as the Whitehall Studies, he established a link between their relative rank and risk of cardiovascular disease and death (the lower the status, the higher the risk). This, despite the fact that they were all relatively well off.

Marmot has looked at other health oddities, such as why residents of some areas of Glasgow, Scotland have a 28-year gap in life expectancy compared to those living in other neighbourhoods, and how the disease patterns of Japanese migrants in America transform to resemble those in their adopted fellow countrymen over time.

This research has shed light on the intuitions he had as a young doctor: There are real, tangible ways in which seemingly non-health related matters—where you live, your rank at work—impact human health. Now, the self-described “evidence-based optimist” is bringing his message to Canada’s doctors. Yesterday, Marmot, a research professor in epidemiology and public health at the University College London, was the special lecturer at the Canadian Medical Association general council meeting in Yellowknife.

During his address to what’s known as the Canadian parliament of medicine, Marmot won Science-ish’s heart when he said: “Let’s have a dream of a fairer world but let’s harness the evidence to have the pragmatism to achieve it.” Later on, he sat down with Science-ish to share insights about his life in science, the nature of evidence in policy, and the impact he hopes his research will have. Here’s an excerpt:

When you found an association between the grade of British civil servant and mortality—a controversial finding at the time—what was your initial reaction?

When I first published results from the Whitehall study showing the social gradient in health, the first reaction from me as well as other people, is that there must be something artifactual about this. How could there be this social gradient? There must be something wrong. There are two things: one is to try and look for alternate explanations, the other is to try and replicate it. All the attempts I made to refute it failed.

One obvious [objection] – one that economists jump to – is that it’s not your social position that causes your health, it’s your health that causes your social position… [according to this hypothesis] the social gradient in health would simply be that healthier people get promoted and rise up. [But] it simply doesn’t work like that. There is an element of that. . . Our attempts when we’ve looked at this showed that it’s social position that precedes health, not health that precedes social position. That finding has been replicated time and time and time and time again. It’s not a phenomenon that’s confined to the British Civil Service; we see it nationally in England, Scotland, and Northern Ireland. We see it in European countries, we see it in Canada. Everywhere we look, we see it.

At the time that I produced the Whitehall findings, we had a Conservative government, the government of Margret Thatcher in Britain, and that’s not the sort of thing the government was interested in. So I got research funding for two decades to continue to explore the scientific implications—what could explain this gradient—and that continued. So that’s three- to three-and-a-half decades of research funding in this area. But then governments of both right and left have gotten interested in the policy implications. So that’s what I’ve been doing over the last few years, is very much taking not just the Whitehall findings from British Civil servants but the body of research from around the world and working with scores, even hundreds of colleagues, to bring the research findings together, to package them into recommendations for policy and practice.

What do you think is the role of evidence in policy?

My own view is that it’s absolutely key. I hear cynics all the time saying policy is an evidence free zone, and politicians don’t listen to evidence and so on and so fourth. It may be true, and it may not be true. But that’s not what I do. I’m not a policy wonk who engages in an evidence-free dialogue about what we should be doing. My approach is to bring the best evidence to bear on the policy questions. The only way I know to enter the dialogue is tease out the implications of evidence.

So a key part of influencing policy with evidence is to “tease out the implications”?

Within medicine, we are used to the idea that the randomized controlled trial is the gold standard. And as I said in the introduction to the WHO Commission on the Social Determinants of Health, if that were our standard, this would be a very short report. We don’t have that sort of evidence on the whole. But I claim I can defend on the basis of evidence every important fact that I put forward and every recommendation that I put forward.

Some say we have lot of evidence for the problems related to the social determinants of health, but that there’s not as much evidence around the solutions to these problems. What do you say to that?

I would say we do have evidence but it’s not the evidence of ‘we’ve got a new treatment for leukemia, so we did it in a trial against the old treatment of leukemia and we showed the new one didn’t work any better than the old one or it did work better.’ That’s how doctors who treat leukemia function, and it’s the right way to function. But I would say we have good evidence that tells us what’s likely to make a difference.

That spending on social protection mitigates the impact of unemployment on suicide. So government social protection policies suggests that unemployment will have a less disastrous impact on suicide levels. (Another) very pragmatic, very prosaic example: if you subsidize public transport for older people, they move around more, they remain more socially connected. We can’t show an impact of subsidies to public transport for older people and mortality but other studies have shown that social isolation kills older people, so putting that chain of reasoning together, subsidized public transport that allows older people to be more socially connected and social connections relate to mental health, physical health, and indeed survival in older people. And what we’ve shown is that there’s a social gradient in older people in degree of social connectedness.

How do you get people to remember that the social determinants are important in austerity Britain?

We have to keep up the conversation. We just produced a report, which was commissioned by four London borough by the Health Inequality Network in London about the impact of the recession and the policies on the health inequalities of Londoners. So we’ve done it, we hope it’ll influence policy of this health inequality network, of these local authorities in London, saying what the impact is on employment, on housing, and how that’s likely to impact on health inequalities. So we keep packaging the science to show the likely impact, and then work with local governments that are interested.

How have you seen science change over the years?

What I see are two contradictory trends. One is that, for some, maybe a lot of people in medical science, it’s the genome. That’s the thing. We’ve cracked the human genome. I’ve had deans at medical schools say ‘Oh this is such a wonderful time to be in medical science, now that we’ve got the human genome’. . . But the other trend is the increasing recognition of the importance of the environment in which people are born, grow, live, work age to their health and health inequities. So we’ve got these two trends going on at the same time. One reduces health to the biological imperative… And the other is looking up at society.

If the funding follows genetics in science, are the big population studies, the kind you do, losing out?

The money goes there, of course. But it’s exciting. We are learning a great deal we didn’t know before. I’m not an anti-intellectual. I’m not against doing fundamental research of how biology works. It is very exciting, it is potentially very important. But to believe we are going to improve the health of populations without paying attention to the social conditions that are causative of the patterns of illness we see is quite wrong. That’s why I say it shouldn’t be either or. We need to pursue both.

If funding weren’t an issue, is there a study you’d want to do?

At CMA this year, your science may impact health policy and the way doctors practice in Canada. Are there areas where you hope, in your lifetime, to see the impact of your science play out more?

No, there’s not one Mount Olympus we want to climb. It’s an ongoing process. It’s not automatic. It’s like science. It’s iterative. People will say, they will look back in a given number of years, and say “what did we achieve, we got nowhere so let’s go back to the other way of doing things.” Or, I hope they say, “In 2012, we decided this is the way forward, and we are going to work at it and continue.” Look at a man like [former CMA president] Jeff Turnbull. You saw the standing ovation he got. That by itself is a statement of what the attendees at this meeting are thinking, how they respect somebody who in his daily practice is dealing with the social determinants of health. That’s significant in itself.