The sour taste of a soda tax in Newfoundland and Labrador

How do you cut back on your pop intake when you can’t drink the tap water? 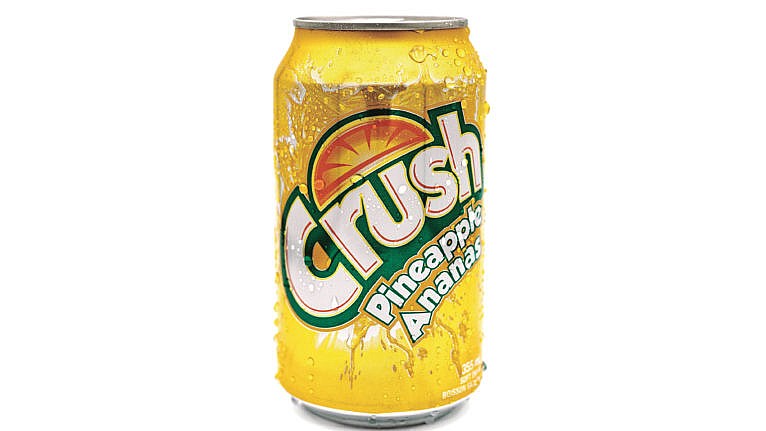 Synthesized with 50 grams of sugar in every can, Pineapple Crush has long been Newfoundland and Labrador’s exclusive delicacy—manufactured in the province and rarely found elsewhere in Canada. Merely an occasional treat for most, the distinctive pop has nevertheless endured, finding its own place in the province’s cultural identity.

But for many living in rural areas, pop consumption is more than a matter of regional pride. Such is the case for Garland Keats: each week, the 48-year-old guzzles six cases and several two-litre bottles of Coca-Cola in place of water. And come April 2022, Keats’s source of hydration will be 20 cents more per litre under Newfoundland’s new sugar-sweetened beverage tax.

The levy—widely known as the “soda tax”—is an attempt to limit the strain chronic illnesses put on the health-care system, the government said in its 2021-22 budget, though it won’t release specifics on how money from the tax will be spent until fall. Nor is it known whether beverages containing artificial sweeteners will be taxed, too.

Though displeased by this price hike, Keats isn’t about to change his Coca-Cola consumption. He loathes water, saying it has “no taste,” and has been swilling solely pop for much of his life. While few in his hometown of Hare Bay share his antipathy toward H₂O, many steer clear of drinking tap water, too. Perennial distrust of the community’s water system was reinforced in June when E.coli contamination triggered a boil water advisory. Even when it’s not contaminated, Keats says, the public water sourced from Hare Bay Pond is “more brownish than it is anything else,” with an unpleasant metallic taste.

Hare Bay was one of about 200 mostly rural communities in the province where boil water advisories were in effect as of this writing, and where residents say they often resort to packaged beverages for safety, meaning they are likely to shoulder much of the cost of the soda tax. In Sunnyside, 170 km south of Hare Bay, 56-year-old pyrotechnician Patrick Farrell says he and his family “exist on bottled water,” going through 60 single-serving bottles a week. “I don’t know of anyone who drinks out of the tap,” says Farrell. “Here and now, there’s no way I would allow my kids to be drinking that.”

At the big-box retailer where he also works, Farrell says it’s common for value packs of generic water to be completely depleted, leaving brand-name water that “is going to cost you more than a soft drink.” Some shoppers buy entire carts of pop, he adds: “For a lot of people, all they drink is soft drinks.”

These consumption habits don’t surprise Atanu Sarkar, an occupational and environmental health expert at Memorial University who has researched water insecurity throughout the province and around the world. Sarkar can envision the tax reducing consumption in Newfoundland’s cities, where the tap water is excellent. But he says the levy is unlikely to have an impact in water-insecure areas, where rates of obesity are higher because there are so many other risk factors—consumption of salt-heavy, high-fat processed foods, say; or the soaring price of nutritious foods in remote areas. “With the intervention of one product, you cannot expect any such perceivable change,” he says.

Sarkar’s research has taken him to rural and impoverished areas in the province where he says “tap water does not exist” and where residents must collect water for $2 per gallon from public treatment plants located far from their communities. “Particularly for the kids,” he says, “they buy Coke or Pepsi or Popsicles, which is cheaper than bottled water.”

Small surprise, then, that the province has the most overweight children per capita in the country, along with the highest rate of obese adults (40.2 per cent, 13.4 points higher than the national average), according to the latest data from Statistics Canada. Many of those people live in the areas Sarkar describes, suggesting that—whatever its impact on health—a tax meant to address chronic diseases seems certain to put a financial burden on those least able to pay.

Newfoundland’s Liberal government says it is alive to those concerns. The province has made “significant progress” on rural water quality, according to a statement provided to Maclean’s, bringing boil water advisories of five years or more to an all-time low, while pushing the number of both treatment plants and certified water-system operators to all-time highs.

The statement also points to a recent budget promise of $66 million for a new income supplement to reduce poverty. The sugary-drink tax, it says, is part of a budgetary initiative that “reiterates personal responsibility for health.”

Perhaps. But in 2016, CBC News obtained briefing notes in which provincial officials warned not only that a soda tax would disproportionately affect low-income people, but that there’s no guarantee it would improve Newfoundlanders’ health.

None of which is a concern, of course, to intermittent consumers of a nostalgia-­inducing can of Pineapple Crush—especially if they have good water on tap. The same won’t be true for Keats, nor others in rural communities whose cheapest and most abundant sources of hydration are laden with sugar. For them, there may seem little choice but to stomach the extra charge.

This article appears in print in the September 2021 issue of Maclean’s magazine with the headline, “The sour taste of a soda tax.” Subscribe to the monthly print magazine here.