Why your drunk teen is putting on the pounds

Teens who binge drink could pack on nearly 15 kg of fat per year, according to recent research from the University of Waterloo.

The study suggests alcohol abuse in teens might be an overlooked factor in obesity levels. Based on survey results from Grade 12 students in Ontario and Alberta, researchers made “conservative” estimates on how much extra weight teens could potentially gain from drinking alcohol. Nearly 40 per cent of the students surveyed binge on alcohol (five or more drinks per occasion) at least once a month while more than 50 per cent drink moderately at least once a month.

Researchers found nearly 40 per cent of students binge drink at least once a month or more which, depending on the drink of choice and how often they drink, could add nearly 15 kg of fat per year 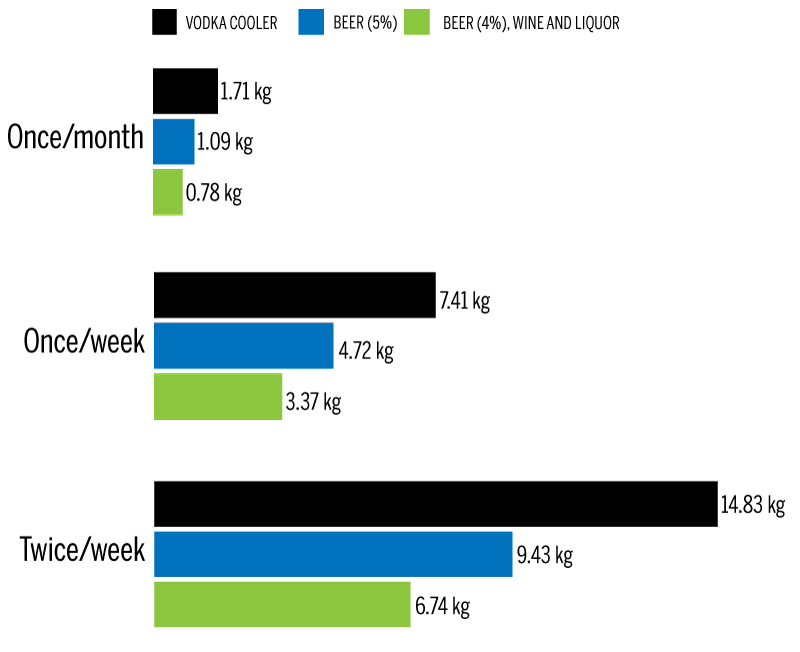 When that’s broken down by the sexes, males were nearly three times more likely to binge on alcohol twice a week or more. Around 30 per cent of youth ages 12-17 in Canada are considered overweight or obese, according to the report.

RELATED: Ranking the best universities in Canada on how hard they work—and party