The Editorial: The seriousness of the Ebola outbreak should motivate public health agencies to focus on fighting infectious disease 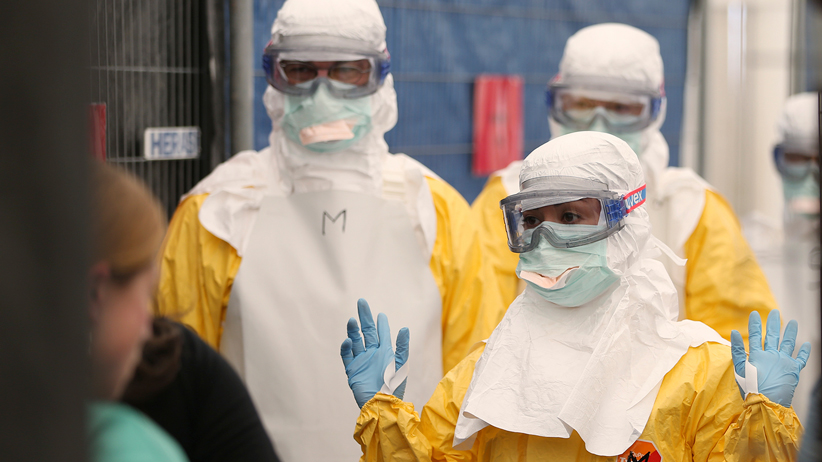 More than 4,500 Africans have died of Ebola to date. The number of new infections is doubling every month. Health facilities in hot-zone countries Guinea, Liberia and Sierra Leone are overwhelmed and understaffed. And while Canada has so far been lucky in avoiding infection, on Sunday, U.S. President Barack Obama mustered the Pentagon into the fight after the botched response by civilian authorities left the American public nervous. Meanwhile, the head of the World Health Organization (WHO)—the UN body meant to provide leadership during international health emergencies—has bigger things on her mind.

Last week, as the Ebola crisis deepened, the director-general of the WHO, Margaret Chan, was in Moscow hosting a conference on tobacco control. “Yes, Ebola is truly an issue of international concern,” she told the Wall Street Journal. “But tobacco—if we put the evidence on the table—tobacco control is still the most cost-effective and efficient way of reducing unnecessary diseases and deaths arising from using such harmful products.” The conference concluded with an agreement on the necessity for ever-higher tobacco taxes. (Canada and the U.S. boycotted the assembly because of sanctions against Russia.)

Ebola may be scary, but cigarettes are scarier.

As our cover story last week revealed (“ ‘It is hell on Earth,’ ” International, Oct. 27), the WHO has failed to provide effective global leadership in the fight against West Africa’s Ebola outbreak. As a result, it has fallen to the international charity Médecins Sans Frontières to deliver the main boots-on-the-ground response, and Western countries such as Canada and the U.S. have been left to cobble together their own ad hoc aid packages. This abdication of responsibility by the WHO is largely by design. While the WHO’s greatest accomplishment was its leadership role in the eradication of smallpox in Africa and Asia during the 1960s and ’70s, under Chan, the organization has shifted its focus from infectious disease control to lifestyle ailments and affectations more prevalent in rich countries, such as smoking, sugar consumption and corporate control. “It’s not just Big Tobacco anymore,” Chan said in a speech last year. “Public health must also contend with Big Food, Big Soda and Big Alcohol.”

Unfortunately, this sort of bizarre mission drift is not unique to the WHO. Public health officials around the world have succumbed to a similar preference for tackling issues of personal choice, the free market and political causes apparently inspired by the Occupy movement. The predominant public health fixation in developed countries these days is the so-called obesity epidemic and the alleged need for food taxes, along with other intrusive measures, such as New York’s failed Big Gulp soda ban, to correct this situation. Keep in mind, however, that the familiar public health jeremiad that we’ll be the first generation whose children live shorter lives than their parents due to body weight is entirely unsupported by facts. A Canadian born today can expect to live longer than ever.

It has also become fashionable for Canadian public health departments to declare income inequality to be a grave threat to public health. Despite an absence of convincing evidence proving such a contention, municipal offices in Montreal, as well as Guelph and the region of Waterloo in southwestern Ontario, have all published reports recently on this topic, arguing that higher taxes are necessary to fix the problem. Waterloo region’s public health department has also weighed in on the alleged public health dangers of free trade and corporate agriculture. Last year, Toronto’s activist public health office chastised ABC TV for adding actress Jenny McCarthy, a vaccination critic, to the cast of its talk show The View.

It is apparently necessary to remind public health officials that their mandate (and competency) does not include individual food choices, income disparity, trade, agricultural policy or network programming decisions. The original purpose of municipal public health departments in Canada was to guard against the spread of communicable diseases such as smallpox and influenza. They can properly take credit for such advances as modern sanitary standards, the eradication of polio and our tremendous gains in food safety. But while that primary duty against new threats such as SARS or Ebola remains, today public health administrators appear to have wandered far afield in search of new things to do, or perhaps to indulge their own political views. It’s time to get back to basics.

The seriousness of the current Ebola outbreak should provide ample motivation for public health agencies around the world to abandon their pet political crusades and efforts to control private personal choices and instead focus their energies on fighting infectious disease, wherever it may occur.

FILED UNDER: ebola MSF public health The Editorial WHO