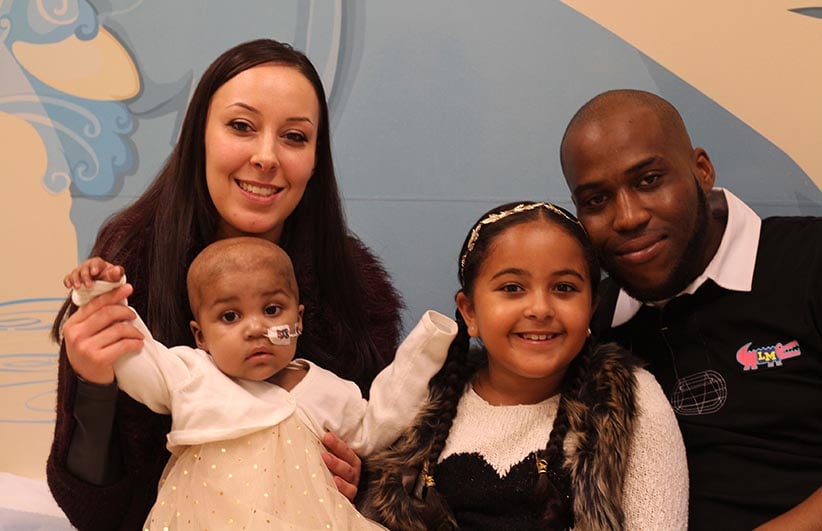 Layla Richards with her parents Lisa Foley and Ashleigh Richards, and eight-year-old sister Reya. The one year old has become the first person in the world to receive a “designer” immune cell therapy to cure her “incurable” cancer. (Great Ormond Street Hospital/PA)

Cancer begins when the genes in a cell are mutated, causing cells to multiply like a fire raging out of control. In a new study, published Wednesday in the prestigious journal Cell, Toronto researchers describe how they shut off roughly 18,000 genes in human cancer cells—one by one—to pinpoint precisely which ones spark cancer growth. In doing so, they found the “Achilles heel” of some common types of cancer (ovarian, brain, and two kinds of colorectal cancer), which could eventually be targeted by drugs. Powerful new gene-editing tools promise a revolution in cancer treatment.

When the human genome was decoded in 2001, it provided our genetic blueprint. But scientists didn’t really know what each and every gene could do. In this study, they discovered a “core set” of genes responsible for cell survival and growth. About 10 per cent of our 20,000 genes fill this essential role. “Likely, they’re very important in any cell, whether it’s cancerous or healthy,” says Stephane Angers, associate professor at the University of Toronto’s Leslie Dean Faculty of Pharmacy, and one of the authors of the Cell paper. A fraction are only important in specific types of cancer, they found—and if scientists could knock them out with drugs, they could theoretically stop the cancer in its tracks. (Two other teams, from Harvard and M.I.T. and the Netherlands, recently published strikingly similar findings, bolstering each other’s results.)

In their search, Toronto scientists shut off thousands of genes one by one using CRISPR-cas9, a gene-editing technique that’s become the hottest ticket in genetic research since it was discovered just a few years ago. CRISPR’s origin story is complex. It’s made up of two parts: an enzyme that can slice up DNA like a pair of scissors, and a guide RNA that leads the enzyme to the right spot in the genome. But to use it in the lab is remarkably simple and effective, especially compared to earlier gene-editing tools. (The technique comes from, of all places, bacteria, who use this system in nature to fend off attacking viruses by hunting for viral DNA and chopping it up before it can do harm.)

CRISPR has already upended medical research, and it promises to continue. Some scientists are using it to try to cure HIV, snipping the virus’s DNA from infected cells. There’s talk of using it to target genes responsible for everything from Alzheimer’s to obesity. In China, a team reported using CRISPR to create extra-muscular beagle dogs. Plant scientists are harnessing it to create hardier crops, leading to a boom in genetically modified organisms. Startups have sprung up to commercialize CRISPR technology. Unsurprisingly, the speed of developments has raised cries of alarm: in 2015, Chinese scientists reported using CRISPR to edit human embryos. They were trying to modify a gene responsible for a deadly blood disorder, although they were ultimately unsuccessful.

The ethical implications are rightly being debated—an international summit on human gene editing is being held in Washington in December, to examine these issues—but there’s no doubt it’s a boon to cancer research. “Historically, biologists have only been able to study micro-organisms like yeast and flies,” knocking out their genes to see what happens, says Tim Wang, a graduate student at the M.I.T.’s Whitehead Institute for Biomedical Research and lead author of their paper, in Science. Wang and co-authors (including Eric Lander, a leader of the Human Genome Project) looked for essential genes in human cells derived from chronic myelogenous leukemia. They identified two previously known culprits at work in this blood cancer, so they knew they were on the right track: there’s already a drug that targets them, and it’s been a “silver bullet” for patients, Wang says. Even better, they found some other genes that seem to be essential to this cancer’s development, which were previously unknown.

This will spur drug development, but more and more targets can be hit by drugs that are already available. Based on genetic screens, the Toronto researchers found that a common diabetes drug called metformin could kill certain cancer cells in the lab. “We never would have predicted to treat that tumour with that drug,” Angers says. “But because we know the target, we can make the prediction.” Wang predicts a “renaissance” in the hunt for cancer genes, and treatments. 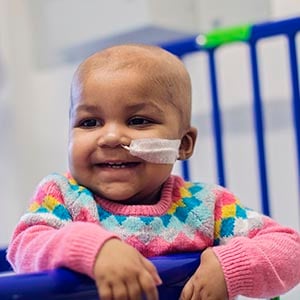 It’s still science fiction for now, but some envision using these tools inside a patient’s own body, to rewrite defective DNA. “I think that’s exactly where the field is going,” Angers says. In November, scientists at the Great Ormond Street Hospital in London reported on how they’d made a final effort to treat a baby girl, named Layla Richard, from leukemia. In a medical first, they edited genes in immune cells (taken from donor blood) so they’d attack her cancer. The cells were then injected into Layla. The treatment put the baby into remission long enough that she could receive a bone marrow transplant, and she was able to return home. Clinical trials of the treatment will begin in 2016.

Directly shutting off a patient’s cancer-causing genes is a long way off, if it ever happens. “Most cancers have many, many different mutations,” says University of Toronto associate professor Jason Moffat of the Donnelly Centre for Cellular and Biomolecular Research, another author of the Cell paper. And all of the cancer must be wiped out, or remaining cells will grow. For now, it’s easier to imagine CRISPR being used in this way to treat conditions like cystic fibrosis, a potentially fatal genetic disease. “If you fix the mutation in the right cells,” Moffat says, “that patient theoretically should live a long, healthy life.” In 2017, Editas Medicine, in Cambridge, Mass., says it will begin a clinical trial using CRISPR to edit a person’s DNA as treatment for a form of blindness called Leber congenital amaurosis, caused by a gene error.

While experts debate the use of CRISPR, there’s no doubt this powerful tool has already completely overhauled the way science is done. For Moffat, the search for new cancer treatments can’t move quickly enough. “We haven’t made huge strides on curing most major cancers,” he says. “A lot of us are going to die of cancer, or know someone who has. That’s a big motivating factor for me.”