The benefits of short, intense workouts 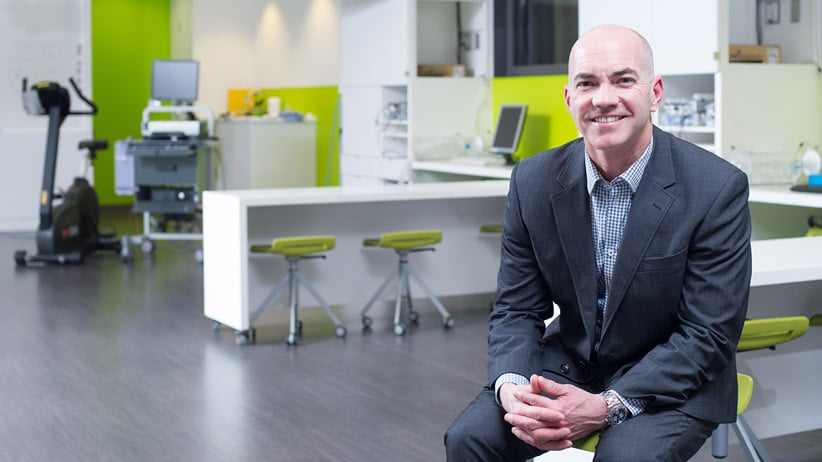 Getting fit is a perennial New Year’s resolution. Yet many people don’t stick to their vows, balking at the required effort, or pleading that they “can’t find the time” for regular workouts. But could there be a quicker and easier way to get in shape? Martin Gibala, professor and chair of the department of kinesiology at McMaster University, thinks he has the answer: very short, intense bursts of exercise, perhaps for just a few minutes a week.

Q: Canadian health guidelines say people should be doing at least 2½ hours a week of moderate to vigorous aerobic activity. Yet, 85 per cent of us don’t. What’s our problem?

A: I think some people do lead busy lives; they’re very time-pressed. But, quite frankly, for a lot of people, that’s an excuse. You just have to look at the stats on how many hours a day we spend sitting in front of screens or updating social media. We’re not saying the public health guidelines aren’t valid, but people aren’t listening. If, through our research, we can provide some exercise alternatives that are grounded in good science, we think that’s a worthwhile endeavour.

Q: You’ve been studying high-intensity interval training (HIIT) for more than a decade. How do you think that can help?

A: On an apples-to-apples basis, if you compare traditional endurance training to HIIT, matching the workloads, there’s compelling evidence that high-intensity intervals produce superior benefits—on cardiorespiratory fitness, for example. But our lab has been interested in the apples-to-oranges—comparing a large amount of traditional training to a relatively small dose of intervals, in terms of both the amount of exercise and the time commitment. What we’re finding is that you can get similar benefits. In other words, you get more bang for your buck.

Q: Your latest study looked at the benefits of a single minute of intense cycling within a 10-minute workout, three times a week. What kind of improvements did you see?

A: In our subjects, we saw cardiorespiratory fitness, or VO2 max, increase by 12 per cent in six weeks. That’s the kind of significant improvement that translates to a 12 to 15 per cent reduction in your risk of developing cardiovascular and other diseases. Blood pressure was also significantly reduced, and their muscles were better at using oxygen and burning fuel. It was a large improvement in ﬁtness, despite the small amount of exercise.

Q: But in that case, all your participants started off in really poor shape. Does HIIT work as well for people who are already fit?

A: Yes. If you look at elite athletes, there are very few who don’t practise some form of high-intensity interval training. It’s been around for decades. But what we’re starting to understand now is that the basic approach of peaks and valleys—going hard and backing off—can be applied safely to many different populations, including those with chronic diseases, and elicit a wide range of benefits.

Q: Is there some magic to cycling?

A: No. We use cycling because we can easily measure work and power and make our comparisons, and it’s low-impact for less fit individuals. But any sort of exercise that engages large muscle groups—swimming, rowing, running—all of those are likely to be effective.

Q: Over the years, you’ve tracked the benefits of ever shorter workouts. Are these three 20-second bursts to make up one intense minute about as low as you can go?

A: I think we’re starting to scrape the bottom, to be sure. Clearly, there’s a minimal amount of work you have to do to stimulate some benefits. However, there really is something to this intensity-duration trade-off. If you are willing to work very, very hard, you can get away with a surprisingly small amount of exercise. But does this mean that someone should train for a marathon by just doing short sprints? Or that people should ignore public health guidelines and just exercise a minute a day, three days a week? No, absolutely, no.

A: HIIT shows a lot of promise, but we’re nowhere near having the Grade A evidence we need to say it produces all the benefits of traditional endurance training. One of the main limitations of the studies to date is that they have all been relatively short in duration. We don’t have those sort of year-long, robust comparisons to the traditional approach with large numbers of subjects. We need to go in that direction now.

Q: In your results, there have been some indications that HIIT might not be quite as beneficial for women. Why?

A: That’s another direction the research needs to go in: sex-based differences. It’s a bit grey around measures of how well your body can take up blood sugars, and the risk of developing diabetes. We have now seen, in a couple of our studies, that women appear to respond less well than men to the interval training in that regard. They still improve, but not in the same magnitude. We need to clarify that.

Q: What about nutrition? Can that have a bearing on the effectiveness of HIIT?

A: Absolutely. Nutrition can profoundly influence some of the responses we see. Something as simple as whether you eat breakfast or not can have a bearing on the intensity of a workout. But it varies from person to person; some people are fine going for a long run after a meal. And the studies don’t yet allow us to say, “This is the exact way you have to train.”

Q: Some of the research suggests people actually enjoy HIIT more than traditional exercise. Do you think that’s true?

A: I’ve kind of learned to be careful here. I’m a muscle physiologist, not a psychologist. There are definitely studies that show people rate high-intensity interval training as being more enjoyable. But it really depends when you ask them the question. If you ask them during intervals, they’re more negative. If you ask them after exercise, there’s more enjoyment. Maybe that has to do with people’s fears and taking them out of their comfort zones. Like so many things in science, there are probably individualized responses.

Q: But you’ve been looking into this for more than a decade now. Do you think there are common mistakes people are making when they try to plot a path to fitness?

A: The starting point is that people need to ask themselves why they are doing this. Is your goal performance? General fitness? Weight loss? To bring down your blood sugar? The answer might dictate how you structure an exercise program. At the same time, people are inundated with fitness advice. They read the web, or see stories in the media. It can be information overload. That’s why I think it’s worth making the investment for a few hours with a good, certified personal trainer.

Q: Have you changed your own workouts as a result of your research?

A: The short answer is yes. I do this for a living, so I’m well-motivated to exercise; no one needs to tell me to do it. But I’m also very time-pressed. I have two kids. I’m the typical, middle-aged, working man. So I’ve adopted a very interval-based approach to my training. I do a lot of cycling. I play hockey a couple of times a week. But rarely are my workouts more than 30 minutes; I just try to get the most out of them. In this year’s surveys, the No. 1 fitness trend was body-weight training, where people are doing push-ups and traditional calisthenics-type stuff. That’s a lot of the way I train myself now, because you don’t need a lot of fancy equipment; you can do it anywhere and it can still be very, very effective.

Q: You’ve looked at the way exercise has evolved over the last couple of decades. How will we be working out in 20 years?

A: What’s coming down the pipe is individualized exercise prescriptions. There’s a field that’s known as metabolomics, which is essentially allowing people to get their individual chemical signatures from a saliva or blood sample. In some ways, it’s analogous to what we’re seeing in the field of medicine where, for example, oncologists will biopsy a tumour and tailor an individualized treatment program, because they know certain tumours respond in certain ways. We’re a fair way away from that in the exercise literature, but efforts are already being made to take blood samples, look at the metabolites and get this signature. Then you have people exercise in different ways and see who responds the most and least. Thereby, we can get this picture of which biology responds well to a particular type of training or nutrition, even. So I think we’re going to get better at individualizing the approach. Hopefully, that will help, because, clearly, there are people who follow the public health guidelines and don’t see much of a change, and that’s very frustrating. Then people tell them that they’re not doing it right or for long enough or that they’re cheating. But it may just be that they are low responders to that traditional approach, and perhaps they will respond better to a different type of exercise training, or need some pharmacological help. That’s an important area where we are going to get better.

FILED UNDER: exercise health The Interview