The myth of memory decline and how to rejuvenate your brain

We really are wiser after 70, insists leading neurologist Daniel Levitin 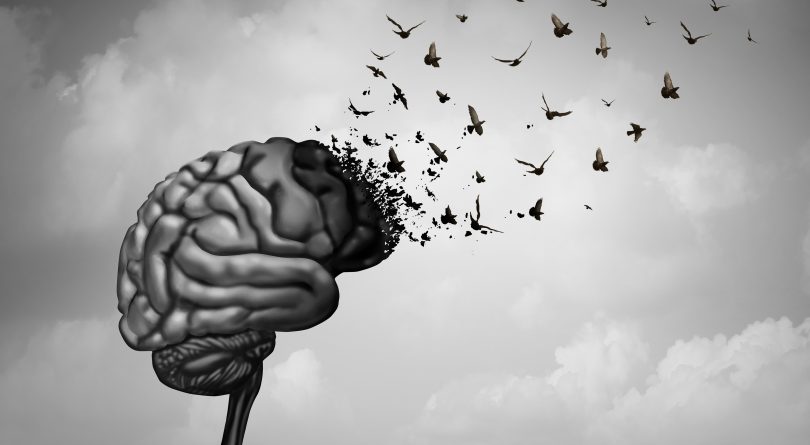 San Francisco-born Daniel Levitin, 62, is Professor Emeritus of neuroscience and music at Montreal’s McGill University, a record producer, a dual Canadian-American citizen and a bestselling author, most notably for This is Your Brain on Music (2006). He is also someone who’s very aware that two-thirds of everyone aged 65 or older who has ever lived is alive now. In Successful Aging, Levitin turns his attention to what science has to offer in helping society and the aging prosper together.

Q: Overall, Successful Aging seems less about big medical breakthroughs than it is about changing attitudes in both society and individuals.

A: That’s an interesting framing, but I do think it’s about medical breakthroughs. It’s just that they aren’t sexy attention-grabbing things like checkpoint inhibitors, which are a promising new therapy for cancers, or gene therapy. But there have been some medical breakthroughs in the last three or four years that are featured.

Q: Could you talk about those in more detail?

A: One is that movement is much more important than we thought, more important than exercise. What matters for brain and body is moving about in varied environments, not walking on a treadmill. I think that’s a scientific breakthrough in understanding what our brains need. Another is in diet, actually. The stories we’ve been told by the medical establishment for years had to do with foods you were supposed to eat and foods you weren’t supposed to eat, and they kept changing their minds. The medical breakthrough that we’ve seen in the last two years is realizing, guess what? None of those diets actually work. None of them prolong life or prolong health. What does is eating a varied diet and getting your nutrition from a variety of sources. You can’t get it by just eating carbs or just eating protein or anything like that.

READ: Does cannabis affect your memory?

Q: These aren’t big breakthroughs, though. And you do write a lot about the importance of attitudes, both individual and societal. We seem to be reaching a new high point in intergenerational tensions, perhaps best caught in the reactions—pro and con—to the spread of the “OK, Boomer” meme as a way to dismiss the baby boomers’ perceived resistance to change. What does your book say to those who would like older people to just clear out of the way?

A: You know, I have to confess something, with embarrassment. I haven’t said this before, because it is embarrassing, but I was one of those people for many years. I saw older people who were driving badly or taking a lot of time at the checkout line, and in universities I saw older professors who were tenured and earning a higher salary than anyone, but just phoning it in with their classes, not updating their lectures, not really attending to their students. Then I began noticing older people doing amazing things. That caused me to shift my thinking. Many of those amazing people are mentioned in Successful Aging, including my new hero, Julia “Hurricane” Hawkins, 103-year-old sprinter.

Q: There’s clearly an upside to ending mandatory retirement, but there’s has to be some downside as well, no? What of an older and more entrenched professoriate, rather like the judicial bench, notably the American Supreme Court?

A: True. And corporate boards, right? The average age on American corporate boards is in the 60s with many members in their 80s. Unfortunately they’re mostly old white guys. There are really two separate discussions here about diversity. One is age diversity and the other is all the other kinds of diversity that we need to see in the professoriate and the Supreme Court and among business directors: more women, LGBT individuals, people of different ethnicities and racial backgrounds, different economic backgrounds. My basic position on the age issue is that old people don’t have to retire and they can be very useful. The cognitive science side of it, which is what I’m most expert in, is that, as a statistical trend, people after the age of 70 become much better at certain kinds of problem-solving, and at moral judgments. They’re more compassionate and they’re more tolerant, not every single one of them, but it’s a trend. So I imagine a world in which you’re mixing the old and the young, which is good for both.

Q: To move to individuals, you write that the biggest determinant of whether you’re going to have a productive and happy old age is something you can change: your personality. And what we really need more of is conscientiousness?

A: Yeah, I believe you can change your personality, and the direction that the research says will help you most is to increase your conscientiousness, especially in terms of taking care of yourself. Most people, again not everyone, increase that characteristic as they age, but more is better, until you get to the point of obsessive-compulsive disorder. The way you do it is to consciously practice until it is set in you. There’s a famous study in which people who pretended to feel happy ended up being happy.

Q: What is probably going to be the most interesting part of your book to older readers is what you rather arrestingly call the “myth” of memory decline. A myth? Really?

A: There are two things involved here. It is important to me, as a scientist, to make distinctions. Something that may manifest as a memory problem, to you and your friends and family, may not be a memory problem but a sensory problem. It could be hearing or vision issues—or the result of polypharmacy, the complex interactions between the numerous medications taken by many older people, which cause more instances of confusion and disorientation than actual dementia. A neuroscientist or even a doctor wouldn’t call any of those memory problems. Something that’s important to memory may have gone awry, but that doesn’t mean your memory itself is impaired. The second way I look at it is that even if there is memory impairment in older people, it is not nearly as bad as we tend to think it is. That comes from the work of Sonia Lupien at the University of Montreal and others. Twenty-year-olds forget things all the time. What’s different is the story we tell ourselves. When a 20-year-old loses their car keys or forgets their Apple I.D., they just say to themselves, “Oh, I have too much on my plate.” But with a 70-year-old, if any of those things happen, the first thought is, “Oh, my God, I’ve got Alzheimer’s.”

Q: Your discussion of chronic pain, which up to half of older people have, really stands out, because the generation before the Boomers, the aptly named Silent Generation, didn’t complain about it enough. Left untreated, pain itself—let alone its cause— can kill by shortening the protective caps on chromosomes.

A: That is a really interesting point. Pain can shorten your life physically, but also through your emotions. This goes back to changing your personality. Your outlook is one of the most powerful factors in your life. I didn’t really appreciate, before I researched this book, the role of gratitude in outlook. If you’re grateful for what you have and you focus on the positives, gratitude has tremendous benefits for heart health and mental health and reducing stress. Stress hormones like cortisol are toxic. There’s quite a lot of research now that gratitude changes the brain and changes your body chemistry, both in very beneficial ways.

Q: Let’s talk about the implications of neural implants, in practical and in ethical terms.

A: They are a major thing coming. We already have some, from cochlear implants to implants that help control intractable epilepsy. There’s a new neural implant in the experimental stage for memory that helps send electrical signals to the right part of the brain at just the right time. It helps you encode new information. So I think it’s reasonable to speculate, because this is a hot topic of research, we may well soon see neural implants that will help with memory retrieval or that can help you focus better or make you smarter. That’s an ethics issue right there.

Q: A large part of that will turn on who can get them.

A: I think it’s a matter of what we consider fair. It seems to me that if you had some disease that caused your attention to fail—say a blood clot that wiped out a part of your frontal cortex or a bullet to the head or something—an implant that would restore you to where you were before would seem OK. But to gain a competitive edge? That somehow seems unethical.

Q: Sure, I can see where people would draw a line at improvement. But those are the ethics of permission, not of access. The implants will be very expensive to start with. Who gets them in that sense?

A: The Canadian part of me thinks more about equality as something achievable than the American part does. Equality just seems less achievable in the U.S. It does seem unfair that the rich should have unique access because they already have so many advantages. That would widen the performance gap and the wealth gap in a way that I think would be manifestly unfair. But the justification here will be, I have the money and the right to spend it anywhere I want. We do need to think about that.

Q: At the end of Successful Aging, you list 10 rules called “Rejuvenating Your Brain.” After almost 500 pages of cutting-edge science, they seem more like ancient wisdom:

3. Exercise. Get your heart rate going. Preferably in nature.

6. Spend time with people younger than you.

7. See your doctor regularly, but not obsessively.

8. Don’t think of yourself as old (other than taking prudent precautions).

10. Promote cognitive health through experiential learning: traveling, spending time with grandchildren, and immersing yourself in new activities and situations. Do new things.

A: They can seem rather obvious, but I wanted to lead readers to this point, to convey the science and the theory in depth that sets those rules. That’s in order to better motivate them, or leave them with something practical. Me, too. One reason I wrote this book was because I knew people in their 80s and 90s at the top of their game and other people not doing so well in their 80s and 90s. I wanted to figure out the difference so I could advise my parents on what to do. And to prepare myself.