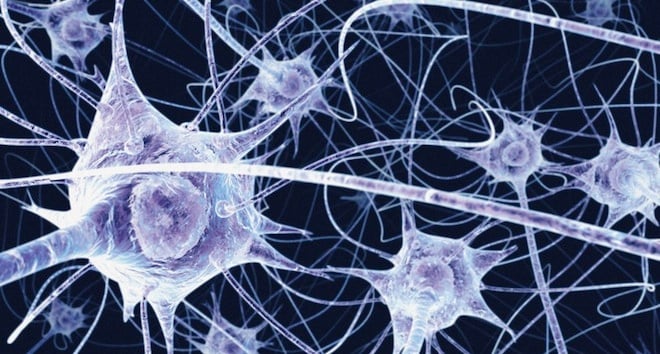 This week, the cash-strapped Ontario government announced it would spend $100 million over five years on brain research. With the investment, Canada appeared to be joining other jurisdictions around the world in what seems like a neuroscience arms race. South of the border, the Obama administration pledged $3 billion US on a massive project called the Brain Activity Map for America’s second “decade of the brain.” Meanwhile, Europe injected $1.3 billion US on a computer simulation of our grey matter called the Human Brain Project.

These neuroscience efforts promise to further our understanding of the brain as the Human Genome Project did with genetics—all the more important in knowledge economies that rely on big intellects for progress. As well, now that science has prolonged human life by alleviating chronic diseases like cancer, people need agile minds into their old age. As a government spokesperson in Ontario said, the economic impact of brain diseases and disorders is estimated to be $39 billion annually. This new money should help to address that burden, she said, and make sure Ontario “remains on the cutting edge of research and innovation.”

Science-ish wondered where Canada squared in the big brain push, and whether the announcement about investment into neuroscience is just part of a passing science fad.

Dr. Alain Beaudet, the president of the Canadian Institutes of Health Research—the government’s health research investment agency—told Science-ish,  “We’re punching way above our weight in the brain research area.” And Canadian researchers have for some time, he added. Dr. Wilder Penfield, the late McGill University neurosurgeon and professor, invented the concept of brain research, and Canada is still considered a leader in neuroscience globally. “Canada ranked second in the world in terms of scientific impact in the field general psychology and cognitive science, and we rank fifth in the world in impact on neurology and neurosurgery. In the area of pain research, we rank first in the world.“

Interestingly, neuroscience is one of the single biggest recipients of funding at CIHR—and it has been since the agency was founded in 2000.

If you play with this data visualization, you’ll see investments into neuroscience are second only to cancer, and that they have grown over the years. In 2011-2012, CIHR put more than a tenth of its $1 billion budget—or $126 million—into neuroscience. Though the federal funder of health research is one of a number of institutes and provincial funding agencies that invest in science, these data give a sense of shifting research priorities—and neuroscience’s dominance in Canada

Still, some scientists are skeptical, worrying that big brain projects, such as the one in the U.S., are going to over-promise and under-deliver. As Dr. Jim Woodgett, director of research at the world-renowned Samuel Lunenfeld Research Institute, told Science-ish, “We know so little about the brain and the reason we know so little is not because we aren’t studying it; it’s because it’s very complicated.” He added: “It’s not a question of throwing money at this problem.” He’s not the only one to question some of neuroscience’s great promises.

When asked about why Ontario chose now to invest in brain research, specifically through the Ontario Brain Institute—a provincial neuroscience research hub—a spokesperson emphasized the Institute’s commercial focus on translating findings in the lab “into products in the marketplace and services in Ontario hospitals.”

The leap to clinical applications when there are still so many basic unknowns about the brain is not necessarily a good thing for science. “My worry is that we in the scientific community are becoming all too willing to mortgage the future of balanced science by selling big projects and promises to politicians in the language that they are naturally selected to be drawn to,” Woodgett added. “Brash promises are in. Incremental, considered research is out.”

Dr. Woodgett would prefer policymakers take a longer view of science, and instead of rushing to unlock the brain as we did the (much less complex) human genome, aim for a balanced approach to research and funding. “But,” he added, “the politicians much prefer to get behind a particular effort, to be seen to be doing something about a problem. They just shouldn’t put all the eggs into one or two baskets.” Even if the basket is the brain.