It’s been 10 years since the last revision, and it took two years and 20,000 submissions to overhaul it. And almost nobody will agree with the result. 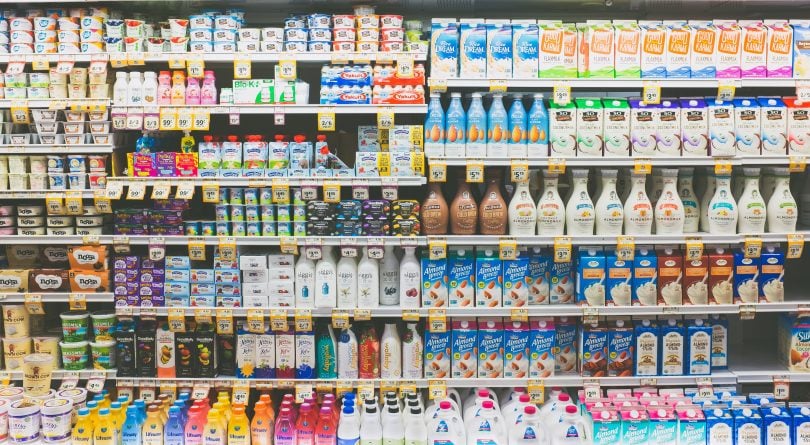 Ben Lobb does not still have the clothes he wore when he was a university student two decades ago. But if he did, they would ﬁt, he says.

The Conservative member of Parliament for Huron–Bruce has stayed in shape and size by following some basic tenets of a healthy lifestyle, like “a balanced diet” and “everything in moderation.” A lot of the people of his generation and those he represents, Lobb says, “grew up basically with the Canada Food Guide in mind.”

You know the one. Four food groups, down from ﬁve since 1977, when fruits and veg became one, done up in little illustrations and bands of colour. Blue for dairy, with its milk glass and its cheese chunk. Green for vegetables and fruit, and so what if lettuce is mostly water? Yellow for grain, breads both flat and risen. Red for meat and alternatives, chicken and ﬁsh and eggs and nuts, too.

But Canada’s Food Guide is changing, and soon. The revised version, the ﬁrst big overhaul in a decade, is the product of a process the federal government launched two years ago, and is likely to be released in the next few months, according to Health Canada. The department has insisted the revision process is making use of the “best available evidence,” and touts the nearly 20,000 responses it received during its consultation process.

WATCH:  The politics behind the Canada Food Guide

Industry groups are worried. The guiding principles for the food guide, which were released in June 2017, emphasize “plant-based sources of protein,” and target “processed and prepared foods” heavy on sodium, sugar and saturated fat for reduction. And while there’s been no conﬁrmation, dairy representatives have expressed concern that they could lose their true-blue spot on the poster, with milk and curds and whey thrown in with meat and its alternatives in a single protein category.

The two groups should be kept apart, says Lobb, because dairy is an important part of a healthy diet and a key contributor to bone health and strength. His riding contains some of the most productive agricultural areas in the country, he says, including lots of dairy and livestock farms.

Gerard Steenbeek can’t talk right now, because he’s in the barn when he takes the call. “Looking after cows is a little bit like looking after toddlers,” he says, reached a few hours later. “They can’t talk [or] tell you what you want, but you have to be there.” His family has run Stonecreek Farms in Huron County for two decades, and grandparents on both sides were dairy farmers. “There’s a lot of people that eat food, and there’s not many people that grow food anymore,” Steenbeek says.

Health Canada’s proposal to stick a label on the front of foods high in the three S’s concerns him. “If you go in your dairy aisle, already now there’s all these non-dairy products there,” he says. If milk has a “lots of fat” label on it and the almond and soy variants do not, that will affect which one shoppers take to the counter, and that in turn will hurt dairy farmers. He’s also concerned that dairy might lose its blue food guide category.

MORE: If you want it done right, cook it yourself

Dietitians disagree on what exactly is healthiest, Steenbeek contends, and as much as he’d like to see the new food guide rewritten based on science, “it’s going to be whoever lobbies the hardest.”

In fact, who gets a say in what the guide looks like has been a point of contention in Ottawa. Conservative MPs, including Lobb, have complained that industry groups have so far not been called to testify before the Liberal-dominated House of Commons health committee’s parallel hearings on the revision; the dairy and meat lobbies submitted briefs. At the beginning of the review, Health Canada said it would not meet with agriculture lobbies directly, though they were free to participate in the open consultation.

One county over, Mike Donnelly-Vanderloo also thinks the process of coming up with the new food guide is “loaded with politics.” Near Thamesford, Ont., in Middlesex County, he and his brother run an average-size farm where they grow corn, wheat, soybeans and edible beans: white, romano, black and kidney. The objective of the food guide is supposed to be promoting healthy eating, not good business, says Donnelly-Vanderloo, who is the research chair of the Ontario Bean Growers and married to a dietitian. Nutritional science is an ongoing process, but in terms of what people eat, “it looks like maybe the pendulum has swung a little too far in terms of reﬁned foods, meat consumption [and] saturated fats,” he says.

Donnelly-Vanderloo is not calling for “radical changes or fad diets,” but says there should be a little more room on the plate for vegetable-based proteins. (He had “beans on toast with eggs and tomatoes for breakfast,” and not just because a reporter was calling that day.)

Donnelly-Vanderloo, who emphasizes that he personally enjoys meat and dairy products, says the coverage that suggests the food guide revision will be bad for farmers is not quite fair. “Nobody mentions there could be some positive outcomes for bean or soybean farmers, or even the fruit and vegetable growers,” he says.

Lobb says the food guide needs to continue to be simple and easy to understand. “That’s pretty much what our suppers [and] breakfasts [and] lunches looked like when we were kids,” he says. As a parent, he thinks that should continue. “I don’t have the guide posted on my fridge or anything, but basically that’s how I’ve lived my life as well.”