Despite evidence that it’s time to abandon the no-nit rule requiring kids be sent home, schools have yet to get the message 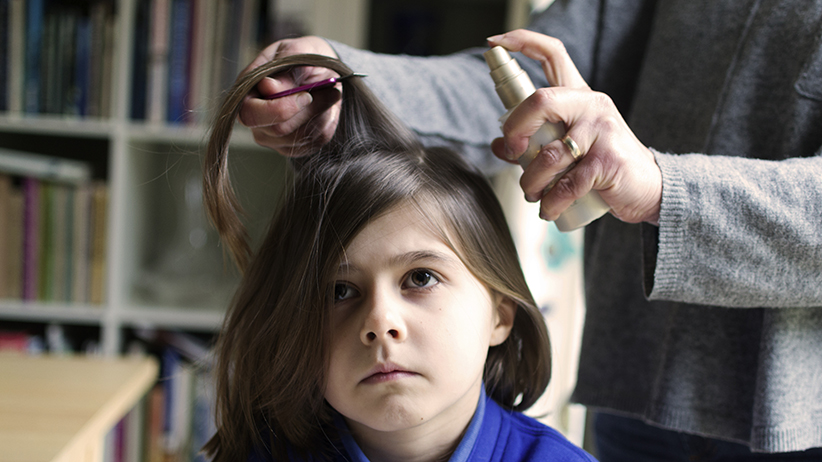 When her three-year-old daughter was in daycare, Lisa got her first lice-alert telephone call. There were a slew of calls during senior kindergarten and more in Grade 1. The message was the same each time: Her daughter had nits in her hair and needed to be picked up. Lisa, who lives in Toronto, would postpone client meetings and collect her. “Thank God I work for myself. I have great clients,” says Lisa, who asked that her full name be withheld.

The Toronto District School Board (TDSB) is one of the few school boards in Canada that sends kids home when head lice or their eggs, called nits, are discovered. Its no-nit policies require children to be free of nits before they return to school.

These dreaded lice calls peak after school breaks—in September, January, and after the March break. Children pick up the bugs at sleepovers, camp, or on family vacations when they visit friends and relatives, and bring the hitchhikers to class.

“There has been a concern about head lice in school for years, and the board developed a procedure for how best to deal with it,” says Chris Broadbent, the manager of health and safety at the TDSB. The policy, in place since January 2001, has been reviewed every few years, most recently, in May 2012. “We always look at the medical advice out there,” says Broadbent.

But the current policy runs counter to the latest recommendations of the Canadian Paediatric Society (CPS). “We don’t think a no-nit policy makes any sense,” says Joan Robinson, a member of the Canadian Paediatric Society’s infectious disease and immunization committee. In 2008—and again in 2014—the CPS evaluated the available evidence on controlling nits and lice, and determined there was no medical rationale for excluding children from school because they had nits or lice. “Unless you inspect every child, every day, how do you know there isn’t a child in school who does have head lice?” asks Robinson. “It becomes discriminatory.”

The CPS is not alone in its views. The American Academy of Pediatrics, the U.S.-based National Association of School Nurses, researchers at the Harvard School of Public Health and other public health experts all firmly encourage school boards to abandon strict no-nit policies.

Deborah Pontius, a school nurse in Nevada who co-wrote the nurses’ association policy paper in 2011, says studies show that keeping kids with nits out of school has no effect on its spread. She convinced the school district where she works to change its policy. “Teachers are very concerned about using evidence-based materials in teaching, and we should be using the same thing in our health policy—not emotions,” says Pontius.

Some of the largest school boards in Canada and the U.S. have adopted a relaxed approach to lice. Vancouver public schools notify parents when lice or nits are spotted, but keep students in class. New York City’s department of education, which teaches 659,000 students in kindergarten through Grade 8, sends kids with lice home for treatment, but invites them back afterward, nits and all. The Los Angeles Unified School District, with 430,000 students, lets lousy kids stay in class until the end of the day; nits are okay. But in Toronto, which enrolled 154,600 students in elementary school in 2014, morning spot checks may leave kids killing hours in the principal’s office until a parent or relative can leave work. And if nits are found after treatment, the kids boomerang back home.

No-nit policies can adversely affect children’s education and the well-being of families. For each lice episode, researchers estimate students lose between 1½ and four days of school. And parents, who can’t always take sick days or personal days, may lose wages. “For some parents, if you’re told that your child can’t go to school, that child stays home alone. Sometimes these are kids who are eight or nine years old,” says Robinson.

Head lice are a normal part of being a kid. One study found that one to 10 per cent of U.S. children in kindergarten through Grade 4 may have head lice at any time. No one really knows its incidence in Canadian classrooms, because lice aren’t a health hazard and infestations aren’t reported to public health authorities, says Robinson.

Lice can’t fly or jump, but climb from one hair shaft to another. These bloodsuckers die within a day or two of being away from the human head. They hang on for dear life: One study of 118 classroom carpets failed to recover any lice, even though the researchers found more than 14,000 live lice on the heads of 466 children.

Nits are even stickier. Lice attach their eggs to hair close to the scalp using an insect-exuded superglue, but most eggs fail to become crawling lice. A study in Georgia found that only one in three kids with five or more nits within six millimetres of the scalp developed an active case of lice, and that roughly one in 20 kids with fewer than five nits close to the scalp got them.

But for parents, lice are gross and bothersome. They spend hours treating hair, combing out nits, laundering pillowcases, hats and bedsheets, checking and rechecking—and itching, wondering if they’ve got them, too. “It seemed more like one long, ongoing series of lice life cycles. We were going through laundry detergent as if it were milk,” says Derek Fairbridge, a freelance editor in Vancouver with two boys in elementary school. His kids had lice and nits for several weeks this winter, but he agrees with his school board’s more relaxed approach to lice. “They’re more of an annoyance than a health risk.” Lisa, in Toronto, had trouble spotting the nits, so she turned to a nit-picking service that costs $75 per hour. Still, she supports Toronto’s no-nit policy. “We’ve had lice so many times and we couldn’t get rid of them.”

Lice could be treated like chicken pox, says Robinson. Many school boards, the TDSB included, allow students to stay in school when they have chicken pox because, once the spots have appeared, the child is no longer infectious. “They are more contagious the day before. With lice, it’s the same argument. The little five-year-old has probably passed them to her friends before they realized she had lice,” says Robinson.

The TDSB’s Broadbent says the school board’s health policies are created in consultation with Toronto Public Health, and that the board is “waiting to revise our operations procedure based on a discussion with Public Health,” he says. On its website, Public Health advises against excluding children with lice from daycares and schools.

Delays in adopting current medical evidence into practice are common. “This isn’t any worse in school boards than it is in the health care sector,” says Maureen Dobbins, a professor in the school of nursing at McMaster University with expertise in evidence-based health care. She suggests that school boards could do a better job of asking about the evidence supporting specific interventions and making sure their policies are up-to-date. The treatment advice for concussions, she points out, has been updated frequently, and schools may be basing new policies on old evidence. “There continues to be a fairly significant time lag when we have evidence that tells us what we should or shouldn’t be doing for a health issue.”

Until that gap is closed for lice, parents can only take a deep breath—and get their work in order—when their tyke’s school name shows up on call display.