The problem of positive thinking 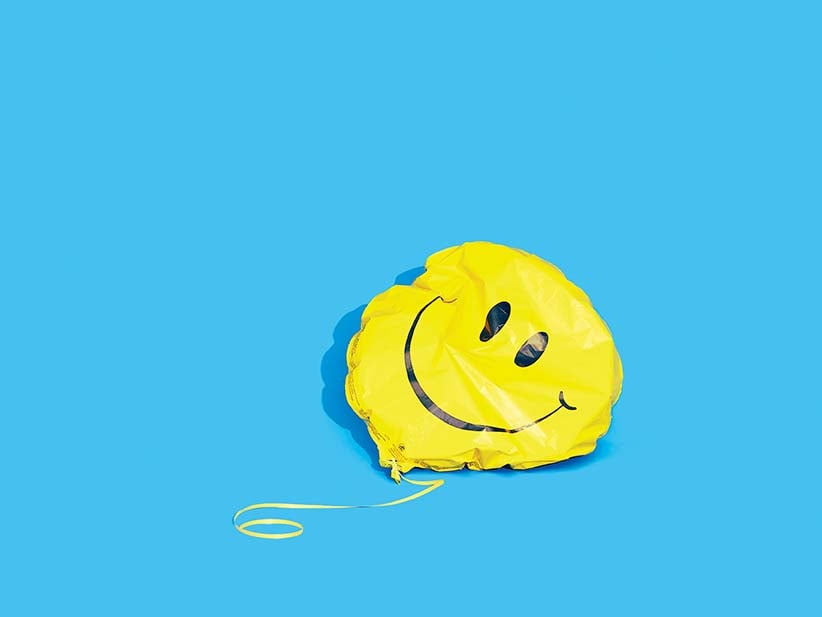 Canadian scientists have some bad news for those in the self-help business: positive thinking can actually make people with low self-esteem feel worse about themselves. Joanne V. Wood, a psychologist at the University of Waterloo who co-authored a 2009 article on the subject with John W. Lee (University of Western Ontario) and W.Q. Elaine Perunovic (University of New Brunswick), spoke with Maclean’s about why self-affirming mantras such as “I am a lovable person” may actually do more damage than good.

Q: Why did people with low self-esteem feel worse after repeating the statement?
A: We think they thought about the positive self-statement and then thought contradictory thoughts. So they might have had thoughts about ways in which they weren’t lovable, [which] overwhelmed the positive thoughts.

Q: What about in the case of people with high self-esteem who felt better after saying the statement?
A: I think they enjoyed thinking positive thoughts and it gave them a little boost. It wasn’t that big, but it’s interesting that the positive self-statements seemed to work for people who don’t need them.

Q: How does your finding fit in with the way we put so much emphasis on positive thinking?
A: It suggests that for many people it doesn’t work. I’ve heard from people saying ‘I’ve been reading self-help books for 10 years and repeating positive statements has not helped me.’ They’ve said, ‘I’m so sick of my friends and family telling me to focus on the positive because it doesn’t work for me.’ Some have gone so far as to say that the emphasis we have in our society on thinking positively puts pressure on people and it’s unrealistic.

Q: Are there other options for people who feel that positive thinking doesn’t work for them?
A: Unfortunately, we don’t really know much about how to improve self-esteem. People tend to feel better about themselves when they’re in a positive mood. There is one self-help book I’d recommend by Sonja Lyubomirsky [a psychologist at the University of California] called The How of Happiness, because it’s based on research. Most self-help books are not based on any research whatsoever.

Q: What are they based on?
A: They’re based on personal experience, or something that seems to make intuitive sense. It makes sense that if you say positive things you’re going to feel better. That’s the importance of research, really showing whether or not these sorts of things help. [Lyubomirsky’s] book focuses on documented ways in which people can increase their happiness.

Q: If positive thinking doesn’t work for so many people, why is there so much emphasis on it? Self-help books are rolling off the presses.
A: I know, I know! For most people it does have this intuitive appeal. They think it should work. And it seems like a pretty easy way to improve self-esteem. There’s a mix of good intentions by the people writing them, a lack of knowledge about the importance of research, and an eagerness to make money.

FILED UNDER: I am a lovable person Joanne V. Wood self-help The Vault