Peter Shawn Taylor: Humiliations on the parquet floor linger long into adulthood and could even have public health consequences says a new study 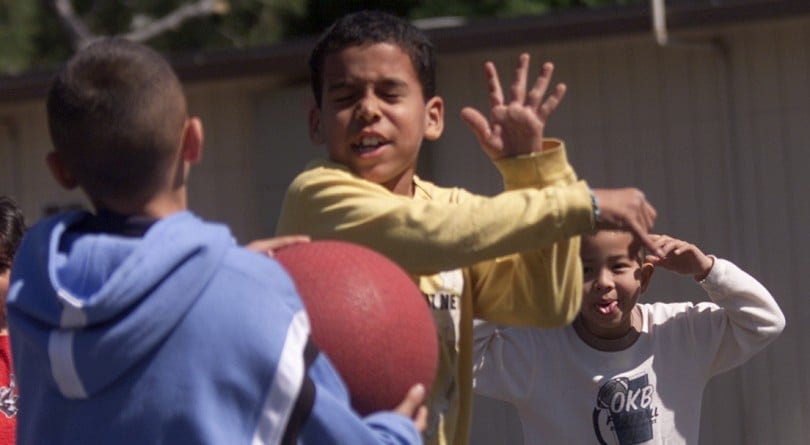 Early 1980s. Confederation High School, suburban Ottawa. The gymnastics unit. As a middle-aged adult who has still never successfully completed a somersault, high school gymnastics engendered a particularly virulent form of dread in my teenaged self.

With a tumbling routine out of the question, I reluctantly picked the parallel bars—including a required handstand—as my obligatory contribution to gymnastic self-humiliation. And after many, many, many failed attempts, on test day I performed something that might possibly be construed as a handstand—if you happened to looking other way and only heard about it later from someone who didn’t speak functional English. But still! A friggin’ handstand on the parallel bars!!

Unfortunately, my gym teacher was not looking the other way. And in perfect English he gave me a 9.5 out of 20. I failed the unit despite what I considered to be a monumental personal accomplishment. Thirty-odd years later, the unfairness still grates. And I’m not alone.

According to recent academic study, memories of gym class produce an extraordinary outpouring of sharp and divisive emotional reactions. And those feelings—of humiliations and triumphs on the parquet floor—linger long into adulthood. The most negative of these recollections could even have consequences for some major public health issues.

Researchers from Iowa State University in Ames recently asked over 1,000 Americans aged 18 to 45 about their recollections of  gym class via an online poll. The result was a deluge of “vivid and emotionally charged memories of events that had transpired many years, even decades, earlier,” according to the authors. “My best memory is when I was done with it,” is the title of the paper, published in the Translational Journal of the American College of Sports Medicine. And many of the submissions will resonate with Canadian gym class survivors as well:

(Note to current gym teachers: dodgeball figures prominently among the most unpleasant memories.)

The study also garnered many positive memories, presumably from jocks who enjoyed the experience, such as “I loved when we played games like dodgeball” and “[I] won many awards and made many school records.”

While all recollections of high school tend towards polarization, there is something uniquely memorable about gym. No other class puts the performance of all its students on continuous display in quite the same way. Fitness tests and sports skills assessments are meant to reveal and rank the abilities of all participants and, unlike English or math class, those successes and failures are made public.

Marc Tremblay, director of Healthy Active Living and Obesity Research Institute at the Children’s Hospital of Eastern Ontario in Ottawa, acknowledges the fraught nature of high school gym class. “I hear all the time from adults who have powerful memories of their phys-ed classes,” he says. “It’s always either very positive or very negative.”

As a self-admitted jock back in the day, he knows first-hand the emotional significance of success or failure in gym class. “It was empowering to me for everyone to see that I could do something better than them.” (Then again, he says art class was just as embarrassing for him as gym class was for others.)

Beyond the cathartic effect of revisiting adolescent embarrassments and conquests, however, the Iowa State study points to some bigger issues. Respondents who expressed the strongest negative memories of gym class, and in particular those who said they were repeatedly picked last for teams, were also more likely to live sedentary lives and avoid physical activity as adults.

In other words, a traumatic experience in gym class could be responsible for producing slothful adults, a significant issue given rising concern about obesity. It’s also possible, of course, that respondents who dislike physical activity in the first place are more likely to have unpleasant memories of gym class.

Whatever the causality, the larger lesson remains. High school gym is a significant opportunity to convince youth of the advantages of a healthy and active lifestyle, especially as a form of obesity prevention. But if a large swath of those students find phys-ed to be an exercise in self-mortification, that chance is lost.

“The kids who stand to benefit the most from participating in phys-ed are the very ones we’re disenfranchising,” says Tremblay. “So how can we remove those negative experiences?”

Melanie Davis, executive director of the advocacy group Physical and Health Education Canada, points out gym class has evolved significantly in recent years to put greater emphasis on personal interests and overall fitness levels and less on traditional, humiliation-rich skills such as shooting hoops, wrestling or gymnastics. Both Davis and Tremblay promote the concept of ‘physical literacy,’ in which students are taught how to stay fit their whole lives. “The goal of phys-ed is no longer to create athletes,” says Davis, “but to produce healthy, active adults.”

Yet many challenges remain. While elementary school students generally report gym to be their favourite class, that positive reaction declines dramatically as they enter high school and jobs, dating and other sedentary activities compete for their attention.

And despite ongoing changes to the curriculum, the same complaints about gym class seem to linger. The Iowa State survey, for example, includes respondents as young as 18. And a wholly unscientific survey of my children and their friends, all recent high school graduates, further confirms a variety of negative gym class experiences, most significantly a vast dislike of dodgeball—the lazy gym teacher’s best friend.

Part of the problem, Davis suggests, is a lack of respect. “Phys-ed is often treated as a residual within the school day,” she says; higher-profile subjects such as science or math tend to capture the public attention, relegating gym class to second-tier status.

Across Canada, most provinces require only a single credit in phys-ed throughout high school—typically in Grade 9. Only Manitoba requires phys-ed in all four years of high school, and that it be taught by specialists. And the province’s definition of credit-worthy physical activity is surprisingly broad and welcoming. Senior students can select from a wide array of approved out-of-classroom activities including hip-hop dancing, back-packing, golf, pilates, biking and even lawn mowing.

Tremblay, who considers Manitoba the gold standard for phys-ed in Canada, says such liberal-minded variety is crucial to changing negative attitudes about gym. “The likelihood that someone is going to do Greco-Roman wrestling once they leave high school is pretty slim,” he says. “But exposing them to yoga or rock climbing or martial arts could be a real eye-opener. The goal should be to create a lifelong appreciation for physical activity.” And to avoid handstands at all costs.