Research says EFM fails to do what its advocates suggest, and increases the risk of caesarean birth. So why is it getting even more popular? 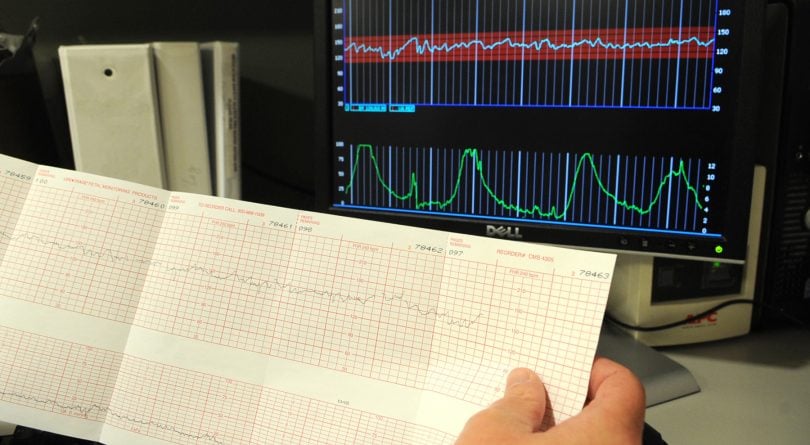 The innovations and discoveries that come from Western medicine are generally presented as a boon to the rest of the world. Whether it’s AIDS drugs or the Bill and Melinda Gates Foundation’s efforts to eradicate polio, medical breakthroughs from wealthy nations are supposed to be used to improve health care and save lives everywhere.

Unfortunately, the West sometimes exports not just its medical advances, but its medical mistakes. And in the case of electronic fetal monitoring (EFM), doctors and researchers fear the impacts will be far-reaching.

Electronic fetal monitoring is the most widely used obstetric practice in the United States ; it’s estimated that it’s used in about 85 per cent of pregnancies in the United States. It involves connecting ultrasound transducers to the mother’s stomach, or directly to the fetus’s skull; the signals are then printed out on a paper strip. By examining the printout, doctors are supposed to be able to determine whether the fetus is in distress. Obstetricians can then perform emergency caesareans or other procedures to forestall birth complications. Advocates hoped in particular that EFM could reduce rates of cerebral palsy by detecting fetal asphyxia during birth, in cases where the fetus gets inadequate oxygen.

The problem is that there’s little evidence that EFM reduces cerebral palsy. Researchers no longer believe that asphyxiation at birth is the cause of the condition. And in any case, obstetricians cannot tell from EFM printouts when the fetus is in distress. Studies of obstetricians found that there was no consistent interpretation of EFM print-outs. “Experts identified harmless fetal rate changes as fetal distress and ominous tracings as reassuring,” Thomas P. Sartwelle and James C. Johnston concluded in a 2016 review of existing studies.

Indeed, EFM persists in the United States not because of scientific proof, but out of habit, superstition, and a belief that highly medicalized births are safer births. The best scientific evidence suggests that EFM does not improve birth outcomes, but instead increases the risk to mother and child, the major threat being that it leads to unnecessary Caesareans. EFM has a massive false positive rate—a 1996 study found a shocking false positive rate of 99.8 per cent—causing obstetricians to believe that there are fetal problems when there are not, and therefore causing needless operations.

Sure enough, a 2016 review of literature found that there was an 81 per cent increased risk of caesarean birth when EFM was used. This is part of the reason that U.S. caesarean rates hover around 30 per cent—twice the World Health Organization’s recommended level. Concerns about EFM and unnecessary caesareans have led the American Academy of  Nursing to recommend against continual fetal monitoring in normal pregnancies, advocating instead that nurses check the fetal heartbeat intermittently, which can be done with a simple stethoscope.

C-sections, like all surgeries, carry risk—potentially leading to infection, blood loss, or injury to organs—and an unnecessary caesarean imposes needless dangers on both mother and baby. Scar tissue can lead to complications in future pregnancies, while babies delivered by caesarean are more likely to have breathing problems; in a small number of cases, babies may be cut during the surgery. Of course, in emergency births, the gains far outweigh these risks, and C-sections are relatively safe in wealthy countries where there are resources to deal with complications.

However, EFM—with its risk of unnecessary C-sections—is being exported to poorer countries. “Unfortunately, Ethiopia and other sub-Saharan African nations are increasingly seeking EFM in a misguided approach to reduce the high perinatal mortality and morbidity,” says Johnston, a neurologist and attorney who has volunteered for the past ten years to help develop neurology residency training programs in Ethiopia. He’s also established a nonprofit, Global NeuroCare, which works to improve neurological care in countries with few resources. “We have seen this in Ethiopia, and been advised of similar expansions in Kenya, Nigeria, Rwanda, Sudan, Tanzania and Uganda.”

Dr. Jules Fidèle Nshimiyimana, an Addis Ababa-trained neurologist who often works on pediatric cases, told Maclean’s that “the efforts to increase EFM in Rwanda are obvious.” Doctors trust EFM, he says, and “there are ongoing efforts by the Rwanda Society of Obstetricians and Gynecologists (RSOG) to mentor and train doctors on the accurate use of EFM.” Dr. Mehilia Zebenigus, an internist and neurologist at the Yehulsehet Clinic who works with Global NeuroCare, has noticed an increase in the use of EFM in Ethiopia as well. “Newly built private hospitals are increasingly seeking these monitors for their labouring mothers,” she says. She also points to a recent clinical trial by the University of Illinois which involves all mothers in the study being given EFM during their births.

EFM and its potential outcomes are expensive, and will put a severe strain on the health systems of poorer African countries. Machines cost several thousand dollars, and doctors and nurses must be trained to use and read the printed output.  The global fetal monitoring market was estimated at $2.2 billion in 2015, and is expected to grow to $3.5 billion by 2022. A good bit of that growth is expected to come from purchases by poor countries which can ill afford to spend tens of thousands of dollars on needed services, much less on technology which doesn’t actually work. And the World Helath Organization warns that, “Due to their increased cost, high rates of unnecessary caesarean sections can pull resources away from other services in overloaded and weak health systems”—meaning EFM risks eating up funds for necessary interventions.

“If EFM was stopped, there would be more money to train physicians, nurses, midwives, and provide better care in the rural areas,” Dr. Zebenigus told me. In particular, she said, money for EFM, allocated in part to prevent cerebral palsy, would be better used to care for children who suffer from the disease. People who have cerebral palsy in Africa are often shunned or hidden away. Money for educating doctors and the populace is desperately needed—money which is currently being wasted on a useless cure.

It’s easy to blame poor treatment for cerebral palsy on lack of education in Rwanda or Ethiopia. But the proliferation of EFM shows that medical myths in wealthy countries can be even more harmful than those in poor ones. The United States has convinced itself that medicalization makes birth safer, and no amount of research seems able to convince doctors or the public otherwise. EFM has made birth less safe in the U.S.—and now, through a kind of medical imperialism, it is poised to potentially make birth less safe throughout the world.