Decades of promises to improve the quality of life of elderly Canadians have gone unfulfilled. The COVID-19 pandemic has laid bare the ugly truth. 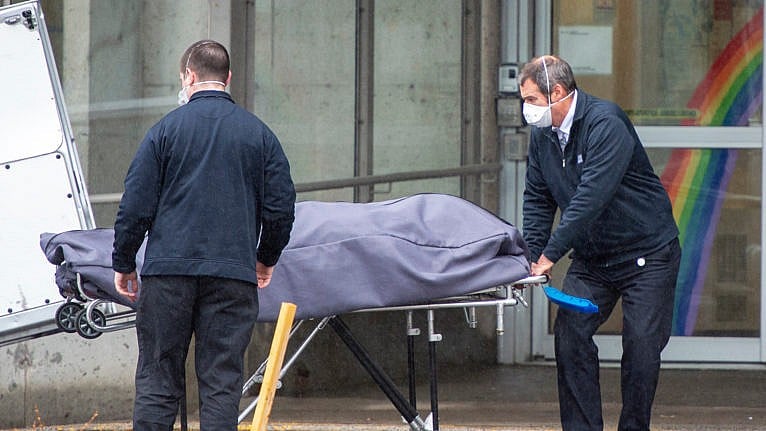 “You are a waste of space,” a nurse told 88-year-old Mary Wilton in the summer of 2019 after the octogenarian, who suffers from Parkinson’s, vomited while receiving care in a hospital near Toronto.

Today, Wilton’s daughter Alison cries as she talks about the day her mother phoned to tell her about the encounter. She calls it one of many examples of age discrimination that her mother has faced over the last decade as her health worsened. The ageism comes not only in the form of callous comments but as unaffordable housing, insufficient home care, wait lists for long-term care and a lack of support for family caregivers—all of which existed prior to the pandemic but worsened over 2020, says Wilton. “People say, ‘Well, they’re old anyway.’ ”

For decades, one Canadian government after another has made promises to Canada’s older adults to increase their access to support and improve the quality of their lives. In 2004, Ontario’s minister of health and long-term care, George Smitherman, said: “We need to change the culture of long-term care in this province.” In 2014, Canada’s minister of state for seniors, Alice Wong, said: “The government of Canada is committed to ensuring a high quality of life for seniors.” In 2019, Prime Minister Justin Trudeau said: “We’re making sure [seniors] have the support they need.”

But the reality of 2020 is that Canada’s seniors are suffering disproportionately, and it’s because these promises have gone unfulfilled. The proof is in the pandemic numbers: by the summer, over 80 per cent of all COVID-19 deaths in Canada occurred in nursing and retirement home settings—nearly twice the Organisation for Economic Co-operation and Development (OECD) average, even though Canada’s total COVID-19 mortality rate was comparatively lower. The degree of devastation became too large for staff at these homes to manage. In the first wave of COVID, the military was called into long-term care homes in Quebec; in the second, the Canadian Red Cross was summoned into some Ontario homes. In Manitoba, Minister of Health Cameron Friesen told CBC News that deaths in personal care homes are “tragic” but “unavoidable.” In Alberta, Premier Jason Kenney noted this spring that many people dying from COVID had already surpassed their life expectancy.

Dr. Amina Jabbar, a geriatrician in Toronto who is completing a Ph.D. in health policy at McMaster University in Hamilton, says Canada has a history of underfunding and under-regulating care for seniors. “It’s incredibly fascinating, but also really depressing to look at how bad the state of long-term care has been, literally, for decades.” Even before the pandemic, over 40,000 Canadians were on wait lists for a place in a nursing home while another 430,000 reported having unmet home care needs, according to the National Institute on Aging. Many lack the funds to pay out of pocket for care: in 2016, 14.5 per cent of older Canadians lived in low-income households, according to census data from Statistics Canada.

Jabbar regularly visits her patients in their homes because they’re too sick to come to her clinic. Often they have too few publicly funded services to help them age in place safely and months-long waiting lists to get into a nursing home, she says. “It seems grossly inequitable to me that, in a country like Canada, the decision to stay at home and to age at home ultimately ends up being about how much you’ve been able to save.”

Many Canadians don’t know how desperate the situation is for the country’s elder citizens, says Dr. Vivian Stamatopoulos, a teaching professor at Ontario Tech University who specializes in family caregiving. “People don’t want to think about the elderly because it’s sad,” she says. Or they don’t think about older adults at all because they just don’t see them. Seniors are often isolated from the general population because our communities are not designed to be age-friendly.

“I think a lot of people are just unaware of how bad it is [for Canadian seniors],” says Stamatopoulos. “But do I think our governments and politicians know? Absolutely.”