Graphs show the historic uptick in searches for 'broccoli' and 'tofu' on Jan. 1 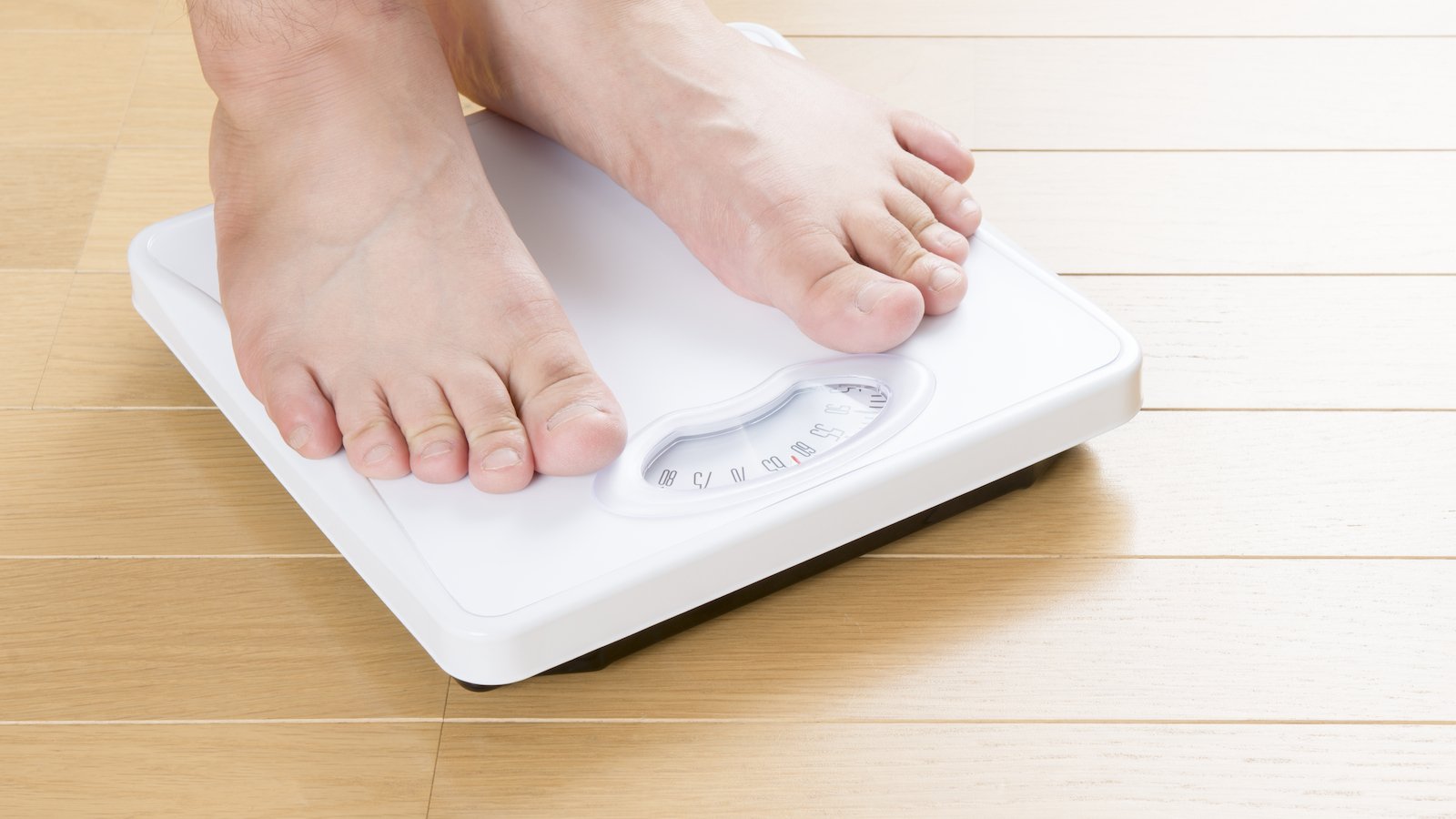 It must be January.

Year after year, the desire to lose weight is cited as one of the most common New Year’s resolutions. According to a recent Ipsos poll, three in 10 Canadians will make a resolution at the start of 2016 and 65 per cent of those will resolve to “live a healthier lifestyle.” A Nielson report from last year suggested 37 per cent of respondents wanted to stay fit and healthy, while a further 32 per cent wanted to lose weight. And again, a year before that, numbers from Harris Interactive show dropping pounds was the top resolution for 2014, with 21 per cent of Americans jumping on the weight-loss wagon.

If we take a look at Google search history, we can see how consistent this resolution has been. Using Google Trends, here are some charts that clearly illustrate the spike (January) and drop (the rest of the year) in our obsession with slimming down.

A comparison of a handful of popular New Year’s resolutions reveals a decade of heightened interest in weight loss. Another popular time for “weight loss”? Check out the similar, but smaller, spike around July—which just happens to be swimsuit season. 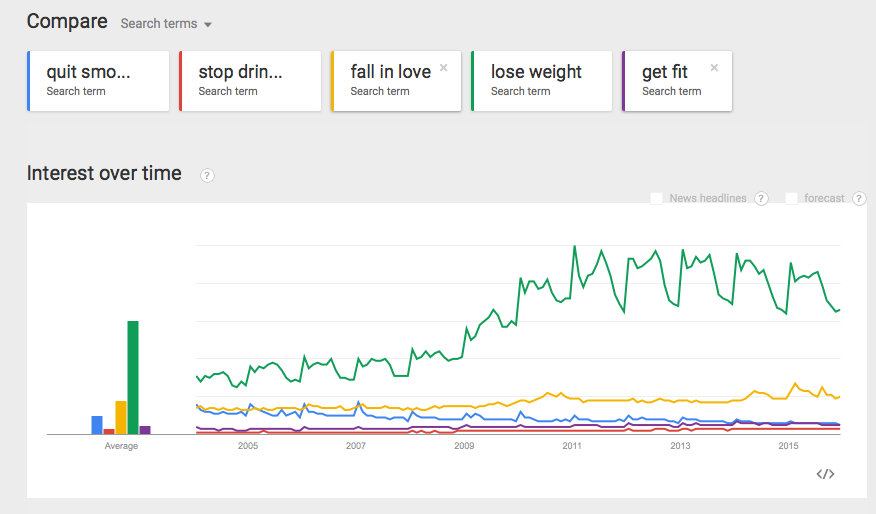 That graph begins to illustrate the cyclical nature of weight-loss searches, but when we zoom in on search trends for “weight” and “diet,” the pattern becomes incredibly clear. 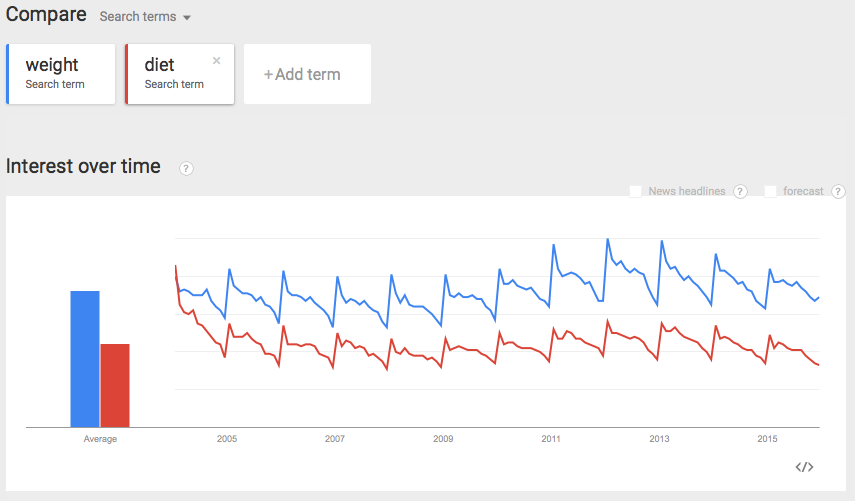 Bring out the broccoli

In fact, starting the year with a weight-loss regime has become so popular that we even see its effect on searches for certain foods. (That yellow spike in 2006 represents the North American E. coli outbreak and spinach recall.) 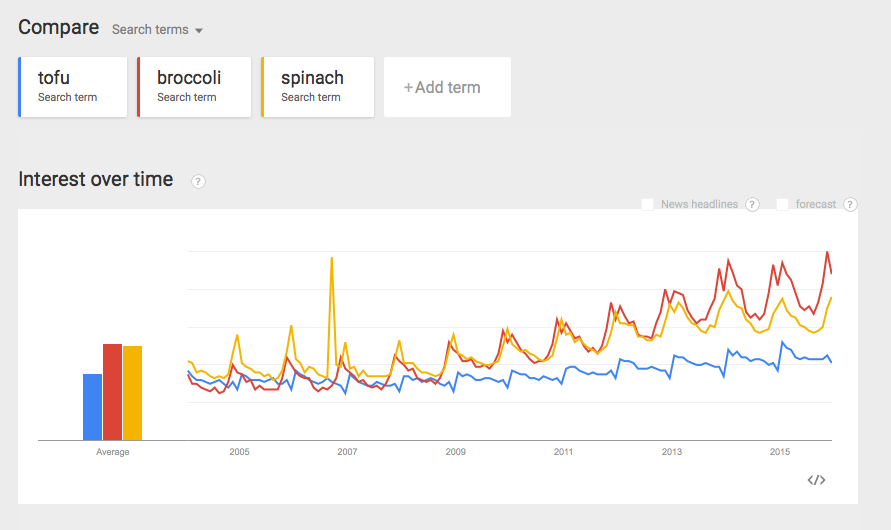 Given what we’ve seen so far, it’s no surprise that no one is thinking about calories or diet programs, like Weight Watchers, before January 1st. Remember that July spike in searches for “weight loss”? You’ll notice that a similar thing happens with “calories.” Searches for the term decline following January, but the drop becomes precipitous following July/August. 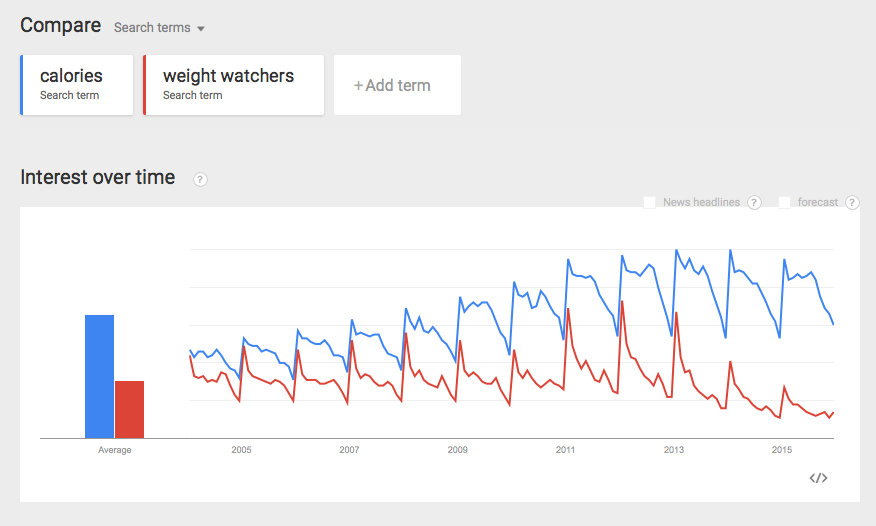 Buy your treadmill in June

Searches for workout machines, such as the elliptical and Bowflex, peak sharply in January. 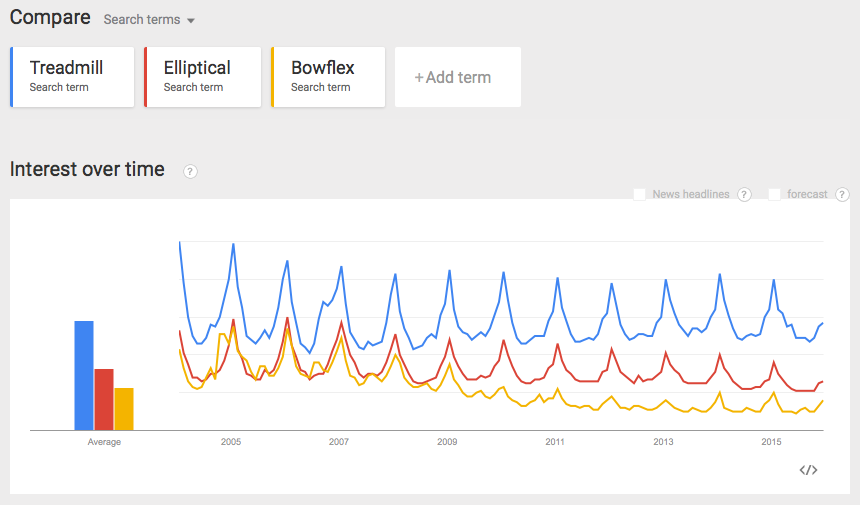