It looks outlandish, and can hurt a bit, but this device just may help with debilitating headaches 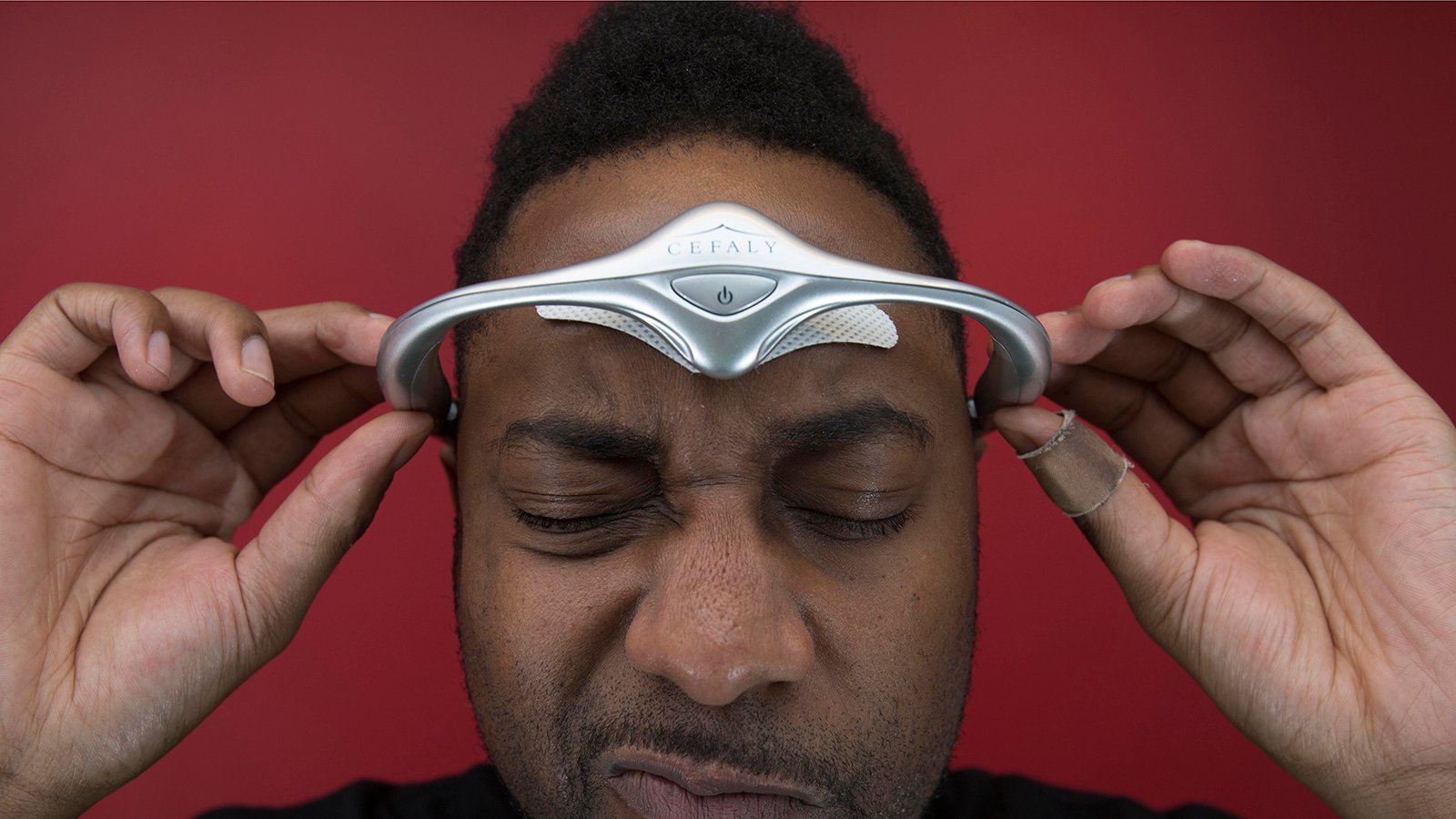 Since she was a teenager, Stephanie Leech-Pepin, a 22-year-old art education student at Montreal’s Concordia University, has suffered from debilitating, nauseating migraines. “I’ve taken every medication they prescribe, missed a ton of school and been hospitalized,” says Leech-Pepin. “It gets to the point where you’re so desperate, you’ll try anything.” So Leech-Pepin kept an open mind when a friend suggested a new contraption called Cefaly, a metallic headband that looks like something out of Star Trek. More scientifically, Cefaly is a cranial electrotherapeutic device that uses electric impulses to stimulate the trigeminal nerve, which controls sensation in the face and brain. For 20 minutes, users wear the battery-operated Cefaly like glasses, plugged into a sticky electrode on the forehead. “At first it’s a weird feeling, a tingle almost, that pushes into the forehead,” says Leech-Pepin. “Then you get used to it and it’s like a massage on your brain.”

Some users, including Leech-Pepin’s mother, who also suffers from headaches, find the product much more uncomfortable. No wonder: “It’s sort of a mild electrical shock,” says McGill neurologist Theodore Wein, who has about 60 patients currently using the Cefaly. “You’re treating pain with pain, which confuses the nervous system about whether there’s pain there at all.”

The technology isn’t new. The Belgian-developed Cefaly is a reinvention of TENS (transcutaneous electrical nerve stimulation) technology, which is as old as ancient Rome and the story of Scribonius Largus, a court physician, who stood atop an electric ray to relieve his pain. Numerous electrostatic devices treated pain in the 1700s; Benjamin Franklin himself was a proponent of the practice. A wearable TENS device was patented in 1974; they are widely available at pharmacies, claiming to alleviate back, neck and foot pain. Non-invasive and drug-free, it can’t do much harm, but many studies have also found no significant benefit other than the placebo effect.

But new studies on Cefaly are surprisingly optimistic. A trial at the American Academy of Neurology found that of 67 sufferers of seemingly untreatable migraines, 26 per cent found relief—a success rate far greater than the trial-and-error rate of prescription drugs, though experts criticized the study for being too small. Meanwhile, a Belgian survey in the Journal of Headache and Pain found that of more than 2,000 sufferers, 53.4 per cent of users found it effective, and reported almost no adverse effects.

There is a placebo factor. “Every trial has a 30 to 40 per cent placebo effect,” says Marek Gawel, a Toronto neurologist. “[With] a device, the placebo effect is even more because people have a perception that devices work better than drugs. But that’s not a bad thing,” he adds. Chronic sufferers—about four million Canadians—often take a class of drugs called triptans. “People become so dependent on their medication that not taking it becomes a headache trigger,” says Wein. “So the biggest advantage of Cefaly to me is that it’s a tool that isn’t medication and you don’t have to worry about overuse.” Gawel too says dependence is unlikely: “You’re sitting there getting shocks to your forehead, just above your eyes. I don’t know anyone who would do that for too long.”

Perhaps unsurprisingly, electrical shocks to the brain are a tough sell. When Cefaly hit the Canadian market in 2011, it appeared on CBC’s Dragons’ Den, where a skeptical Robert Herjavec asked, “If this really prevents migraines, why aren’t the neurologists coming to you?” They may, eventually, says Werner Becker at the Calgary Headache Clinic. Cefaly is perhaps a more primitive version of more dramatic treatments in development at the clinic, some of them involving surgically implanting electrodes into the back of the neck or behind the nose. Both are far more invasive and expensive than the Cefaly, which retails for $349 on the company website (electrode refills are three for $25).

For Becker, the Cefaly is promising but not a cure-all. Migraine sufferers must still learn about their condition, monitor their lifestyle and avoid triggers, he says. “And if you can incorporate Cefaly, then good for you.”