What happened to the money from the ice bucket challenge?

The viral craze raised a cool $17 million for ALS Canada. How to spend that money has posed its own challenges. 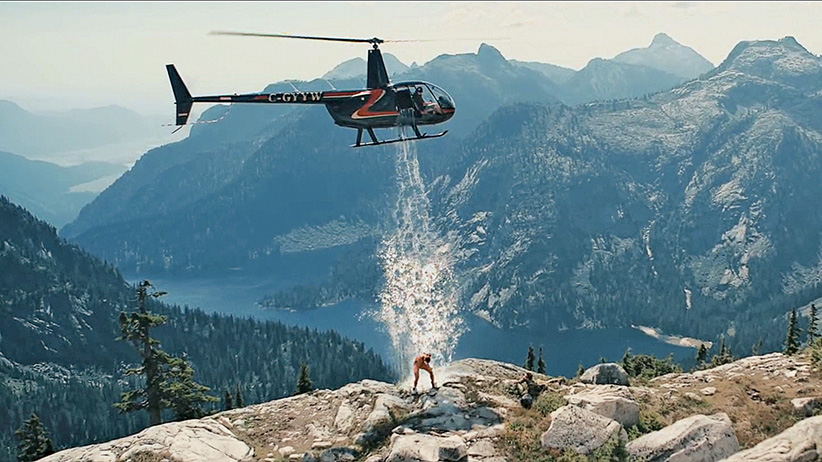 On a Friday afternoon last August, Tammy Moore was visiting her parents’ home in Cranbrook, B.C., when she pulled out her laptop and saw a video of Sidney Crosby dumping a bucket of ice water on his head. As the CEO of the ALS Society of Canada, Moore knew the ice bucket challenge was popular in Boston, where it had originated two months earlier, but this was a turning point. Crosby was a bona fide Canadian superstar. “I knew at that point that it was coming to Canada,” she remembers. “I called my team at the office in Toronto and said we need to put up a donation button for the ice bucket challenge on our website.” Still, she didn’t know quite what to expect.

By Monday morning, the charity had amassed $1,800 in donations. The following week, it was up to $220,000. Pretty soon, Canadians were dumping buckets of ice from trucks and helicopters. When the viral craze finally cooled down, the ice bucket challenge brought in more than $17 million to ALS Canada. (Compare that to 2013, when Moore’s organization took in less than $7 million.) Canada punched well above its weight relative to the U.S.—despite having a population 10 times greater than Canada on which to draw, the American ALS Association’s haul was just seven times larger.

It’s a fact of life for charities that they must constantly struggle for public attention and dollars. In that way, the ALS group hit the jackpot last year. But nine months later the sudden success of the ice bucket challenge has left ALS with a number of lingering challenges, the most important of which has been what to do with all that money.

In the weeks after the challenge faded, roughly $7 million in donations were carved up between ALS groups from each province, depending on where the money was raised, to help with emotional and physical support for families living with the disease. ALS, or amyotrophic lateral sclerosis, is a progressive neuromuscular disease in which nerve cells die, thus paralyzing voluntary muscle movements like walking and talking. Depending on when someone is diagnosed, Moore says, the direct and indirect cost of the disease born by the patient can reach higher than $250,000. Wheelchairs and breathing apparatuses are expensive, while homes have to be retrofitted to accommodate them.

The remaining $10 million from the ice bucket funds was allocated to the national ALS organization for research and were matched by a contribution from Brain Canada, a not-for-profit organization dedicated to neuroscience research. Yet of the $20 million total that ALS Canada has earmarked for research—half from ice bucket donations, half from Brain Canada—the organization has so far spent just $1 million. It’s a question of finding the right research projects to support, says David Taylor, director of research for ALS Canada. “You have a number of people saying you should hold onto [the money] and an equal number of people saying you shouldn’t hold onto it,” he says “It’s a responsible urgency. We want those funds to go out, but we want to make sure we are putting it into the best research.”

So far, five different research teams across four Canadian universities each received $100,000 grants for what Taylor describes as “outside the box ideas”—projects that wouldn’t otherwise get funded. The other $500,000 spent will go toward a clinical trial of pimozide. The anti-psychotic drug is used in cases for schizophrenia, but there are hopes a trial will show pimozide strengthens the area where motor neurons connect the brain to muscles, allowing muscles to function longer. But even if the trial proves successful in slowing the progression of ALS, it would be years before the drug is in the hands of patients. And it will only slow the effects of ALS, not stop it.

Is the ice bucket challenge is bad for you?

After a slow start, ALS Canada plans to distribute the bulk of its research funds in 2015. Some $10 million will be made available through grants to researchers working to speed up the discovery of a treatment. So far 14 research teams have applied, a dramatic increase from years past. In any single year, ALS Canada has never offered more than $2 million in total grant money, Taylor says. If all the money made available through grants for 2015 gets distributed—a big if—ALS Canada will carry over $7 million of ice bucket money into its 2016 budget.

The number of Canadians living with ALS is roughly 3,000, even though 1,000 people are diagnosed annually. “That means there are 1,000 people dying of ALS every year,” Moore says. This year, that statistic included Melanie York, the TV executive Maclean’s profiled in a 2014 story about ALS. While the disease is unrelenting, those at ALS Canada know they can’t plan on a repeat of the ice bucket challenge’s viral success.

Which leads to another challenge facing the organization: overcoming the perception that the ice bucket challenge solved the charity’s fundraising needs. Despite last year’s tidal wave of donations, “it really is a drop in the bucket for what’s needed to solve this disease,” Moore says.

Heather Durham’s team at McGill University secured a $100,000 grant from the ALS Canada/Brain Canada partnership. The money will let her spend more time on research and less time filling out grant requests. But she too worries that donations may dry up. “We have money for a few years, and then it’s spent,” she says. “This is the challenge faced by ALS societies who were fortunate enough to benefit from the ice bucket challenge: How do we nurture that gift?”