What to do as a second wave of COVID looms

Infectious disease specialist Dr. Ilan Schwartz on playing sports, the performative aspects of 'deep-cleaning' and whether you should steer clear of exhaling smokers 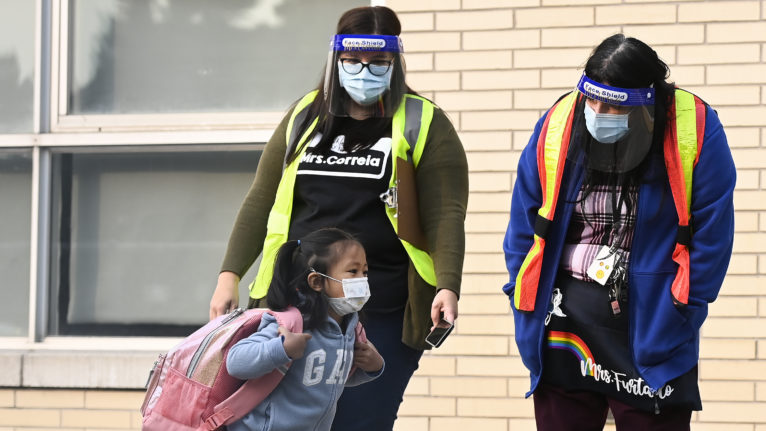 The good news is Canadians are way better informed than we were six months ago on how to slow the spread of the coronavirus: practise physical distancing, wear a mask, avoid large crowds, wash your hands.

The bad news we can all now see: Canada’s daily number of COVID-19 cases is on the rise again. The researchers behind front-running vaccine candidate from the U.K. were forced to hit pause as scientists studied an adverse reaction (the trials have since resumed). And University of Hong Kong scientists have evidence of someone being infected with COVID-19 for a second time, months apart from his first infection, with a different strain of the coronavirus.

Meanwhile, summer is ending, increasing the likelihood people will gather and socialize indoors. Folks have gotten used to increasing the numbers within their social bubbles. And there’s a growing anxiety that Canada could be at the onset of a dreaded second wave of the virus.

So with school back in session, does this mark the end of visits to Grandma’s house? For going back to the office? If a smoker is unknowingly positive for COVID-19, can the smoke they exhale by the entrance transmit the coronavirus?

Also, what should one RSVP on that wedding invite?

To find out the answers to these and other questions, Maclean’s asked Ilan Schwartz, an infectious disease specialist at the University of Alberta. The conversation has been condensed and edited for clarity.

With folks going back to the office, what’s your level of comfort when you’re in an elevator and someone else walks in?

What if a smoker by the building entrance unknowingly has COVID, does the smoke they exhale contain the virus—meaning one might want to stand more than the recommended two metres away?

We don’t have any evidence that’s happening, fortunately. That would be a problem.

Speaking of level of risk: if you and your family were invited to a wedding in two weeks, would you go? Is there a limit to how many people are on the invite list that you’d be comfortable with?

I’d want to know more about the setting of the wedding. We have avoided air travel, we’ve made family trips by car. That’s one consideration.

If the wedding were outdoors or a well-ventilated space, that would be safe. If guests wear face masks when they can’t keep two metres apart, that would be reasonable.

With school starting up again, are there any short turnaround COVID tests reliable to use to keep staff and students safe?

Not currently. There was one highly touted by Ottawa but unfortunately the technology wasn’t where it needed to be. So we just have the standard test that typically takes about a 24-hour turnaround.

In the U.S., they recently approved an antigen test that is much faster with turnaround time—a matter of minutes—that can be done at the point of care, meaning you don’t need to send a sample to a lab. It can be done then and there. This hasn’t been approved in Canada—and even if it were, we’d be limited by the fact we’d be competing with the U.S. to acquire the test kits.

RELATED: COVID and our schools: News, numbers and advice from across Canada

So for parents sending a child back to the classroom, is now the time to stop visits with grandparents?

It’s a delicate situation. Every family needs to answer on its own. The fact is there are going to be risks associated with seeing children, especially those attending school in person. That risk can be minimized, though not eliminated. Everyone should follow the usual precautions—physical distancing, wearing masks and meticulous hand hygiene.

With the weather getting colder and extracurricular activities moving indoors, is there any difference in risk of exposure between being in a cold arena for a sport like hockey and a hot gym with folks playing basketball?

The main differences are going to the proximity and duration of proximity of the players. In hockey, players sit on the bench next to one another, which could be a problem. And masking isn’t practical during games—though you can mask in the dressing room and team meetings. There will be some degree of risk.

That said, the risk of getting sick from COVID is not going to be considerably higher than other injuries acquired during sport. It’s important that everybody do what they can to minimize risks to others by wearing masks and distancing where possible.

What does it take to effectively filter the air in an indoor space to minimize airborne transmission?

This is an issue that is not very well informed by science. We know a lot about what the virus could potentially do and how it can travel. What we don’t know is how important this is in day-to-day transmissions. There’s science that suggests the virus can spread across greater distances, but at the same time, we don’t see infection occurring efficiently over large distances as with other viruses, like measles.

There are now reports people can test positive for COVID-19 twice, months apart. Does this have an impact on metrics we follow online, like how many Canadians are listed to have “recovered” from the virus?

We’ve seen a handful of cases in which an individual tested positive a second time, and the doctors were able to sequence that genetic material and determine it represented a different viral isolate. We don’t have enough cases to know the true implications of this, like the risk of re-infection and what can be expected if someone gets infected a second time.

There’s a lot of limitation to the definition of “active” versus “recovered case.” To some degree, it’s arbitrary based on a period of time after the individual starts to have symptoms, from which we approximate to the amount of time that they’re infectious. I don’t put a lot of weight into those statistics of “active” or “recovered.” What’s more relevant is new daily cases and number of hospitalizations.

RELATED: COVID in Canada: Here’s how our battle to prevent a second wave is going

Thinking longer-term, the Canadian government made purchase agreements with several vaccine manufacturers. Of course no one knows which, if any, vaccine candidate will be approved, or how effective it will be. But with so many in development worldwide, if Canada backs the wrong horse, is it possible other countries might have access to a vaccine months before Canadians will?

Russia already started immunizing individuals even though they don’t have final data on the safety and efficacy of their vaccine. We don’t want to be doing that.

If Health Canada is to consider a vaccine after Phase 3 trials—the ones designed to test safety and efficacy—I would suspect that process would happen on a similar timeline with other jurisdictions, like the U.S. However, we’ve already seen that our neighbours to the south have no qualms about taking a “me first” approach and try to stockpile access to therapeutics or vaccines. It was necessary for the Canadian government to be more aggressive in making arrangements so we’re not left behind.

Is it possible that soon after a vaccine passes Phase 3 trials, the strain of COVID-19 mutates and this vaccine we have is no longer effective after a few months?

That would be surprising. Vaccines are generally targeting universally observed structures in the virus, the ones that are less likely to differ between one virus and another. We haven’t seen a huge degree of genetic variability for the populations of viruses across the world. They are different enough that we can trace them and see where they came from, but we haven’t seen the sort of rate of mutation that we’ve seen in other viruses like HIV.

What we don’t know is how long immunity will last after a vaccine, or if it will require frequent boosting like the influenza vaccine.

Months ago, some businesses stopped accepting cash to limit potential transmission of the virus. Now is it safe for us all to use cash again?

I would say it is. We know a lot more than we did a few months ago. One thing that is reaching consensus with the scientific community is transmission from surfaces or objects is quite low.

One thing that led to the fear of what we call fomite transmission—transmission from a surface of an object as opposed to a direct interaction between individuals—were studies that suggested the virus could remain viable on these surfaces for hours. This led to a lot of precaution. But we haven’t seen a lot of infections that we attribute to being transmitted in this manner. Those early studies, it’s clear the quantity of the virus used is much higher than what would occur outside that experimental setting.

There’s still some risk, but it’s much lower than what we thought.

It makes me wonder school boards talking about the amount of disinfecting they’ll do at the end of each day, and how much impact will that have—especially compared to measures like having fewer kids in the classroom.

When there are infections associated with a business and they close down for what they call a “deep clean,” a lot of this is performative. Schools should be adhering to principles like keeping distance and washing hands. Sure, there should be cleaning of high touchpoints, but we don’t need to go overboard. Same with kids taking books home, the risk of transmission with a book from the library is really low.

So the dad I see at the park wiping down the monkey bars with Lysol wipes after each use, I can tell him to calm down?

Yeah. It’s reasonable to give your kid a spray of sanitizer after they are done at the park. But to go around wiping surfaces is—in the grand scheme of things—not particularly helpful.