Euthanasia: When doctors say no

Only 20 per cent of physicians say they’d participate in euthanasia. That’s only one of the complications. 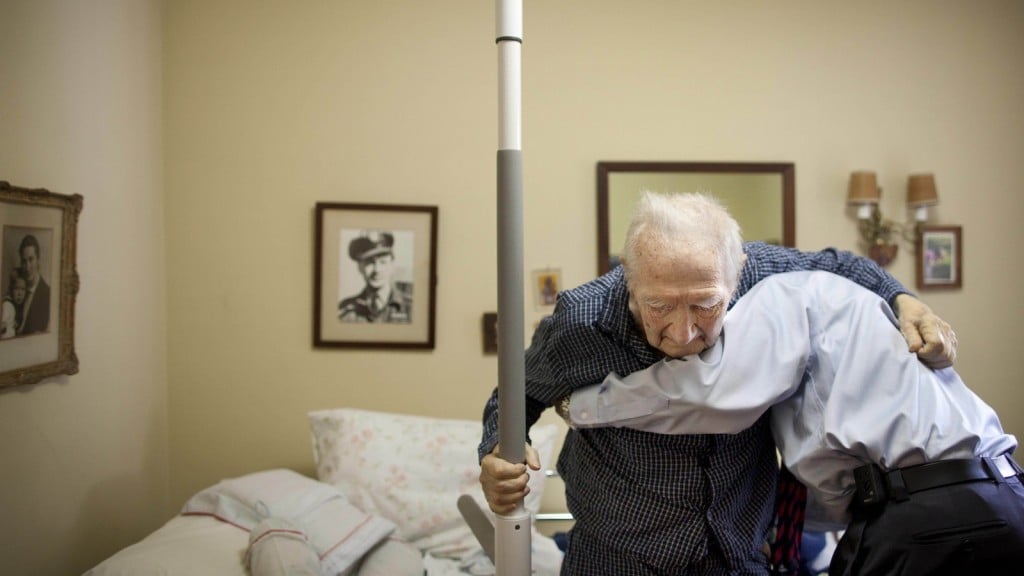 Part five of a series

Should it ever become law, Quebec’s “end-of life care” bill would in certain cases allow doctors to end the lives of their terminally ill patients. The bill has had substantial political sway: it received all-party consent upon its introduction last June, and though it didn’t survive the dissolution of Parliament prior to the recent election, Quebec Premier Philippe Couillard has promised to reintroduce it quickly. Past voting records indicate the bill is supported by a majority in the National Assembly, while polls suggest it has similar public support.

Yet it remains an open question whether doctors themselves want the right to euthanize their patients. A 2013 poll by the Canadian Medical Association suggested only 20 per cent of Canada’s physicians would be willing to participate in euthanasia were it to become legal across the country, while 42 per cent would refuse outright. In Quebec, where physicians could have the right to euthanize patients as early as this summer, it begs the question: will there be enough doctors to fulfill the demand?

Dr. Serge Daneault doesn’t think so. Daneault is a member of the palliative care unit at Montreal’s Notre Dame hospital. In June 2013, shortly after the right-to-die bill was introduced in Quebec’s National Assembly, his group, Physicians’ Alliance For Total Refusal of Euthanasia, voted unanimously for a pledge to never perform euthanasia on its estimated 500 in-hospital patients or the more than 1,000 home patients the group oversees. He expects more doctors to do the same. “I’m sure there won’t be enough doctors willing to perform euthanasia,” Daneault says.

The proposed law, which is expected to be reintroduced this spring, would require all medical institutions to offer “end-of-life care,” which the bill defines as “palliative care provided to persons at the end of their lives, including terminal palliative sedation, and medical aid in dying.” The law would allow doctors to opt out of the practice “for reasons of conscience,” yet compels any unwilling to perform the task to seek out, via the institution’s management, another physician to do so. Apart from putting the physician in a vexing ethical dilemma—the doctor would still be enabling euthanasia—the proposed law also potentially puts any physician performing the task in contravention of federal law, which still considers euthanasia illegal. “Doctors won’t perform euthanasia, because it’s considered homicide,” Daneault says.

Quebec’s medical college disagrees. The body representing the province’s 20,000 physicians came out in favour of the proposed law last summer, and lobbied to have the bill passed before the election call. “It’s not because one doctor has a problem with medical aid in dying that another will,” says Yves Robert of the Collège des médecins du Québec. “It doesn’t take Canada’s 65,000 doctors to do abortion or euthanasia. Twenty per cent of doctors is enough to get the job done.”

Robert says euthanasia remains illegal under the proposed law, “though it allows for exceptions in cases with specific criteria.” According to the proposed law, patients requesting medical aid in dying must be of the age of majority and make the request themselves, suffer from an incurable serious illness and be in “constant and unbearable physical or psychological pain, which cannot be relieved in a manner the person deems tolerable.”

“It’s a landmark bill, but it’s just a step in a never-ending debate,” says Robert, noting the law doesn’t apply to those who don’t have a terminal (though nonetheless debilitating) illness like Lou Gehrig’s disease.

The Canadian Medical Association has come out against euthanasia, and CMA president Louis Hugo Francescutti expressed concern with the wording of the proposed Quebec law. “This legislation is not very well written if it equates medical aid in dying with palliative care,” Francescutti told Maclean’s. “We don’t want every Janette and Robert out there thinking palliative care means they are going to be killed because the hospital needs the bed.”

What is clear, Francescutti says, is how Quebec’s euthanasia debate is an early, noisy version of what is to come for the rest of the country. Having dealt with their own aging parents, Canada’s Baby Boomer population is loath to be a burden on its own children, Francescutti says. In April, the CMA polled voters in 26 federal swing ridings that will be crucial to the next government. The result: 60 per cent of those polled said seniors issues such as palliative care and euthanasia were top priority—and worth changing parties over. “Federally, it’s going to get very hot, very quick,” Francescutti says.

Maclean’s in conjunction with the Canadian Medical Association, will host the town hall, “End-of-Life Care: A National Dialogue” May 27 at the International Centre in Mississauga, Ont. It will be live-streamed at Macleans.ca and will feature Louis Hugo Francescutti, CMA president, and Jeff Blackmer, CMA executive director of medical ethics, as well as Darren Cargill, palliative care physician, and Renae Addis, family caregiver and director, fund development and communications at The Dorothy Ley Hospice. Click here to register for tickets.