Why are Canadians among the world's top opioid users? 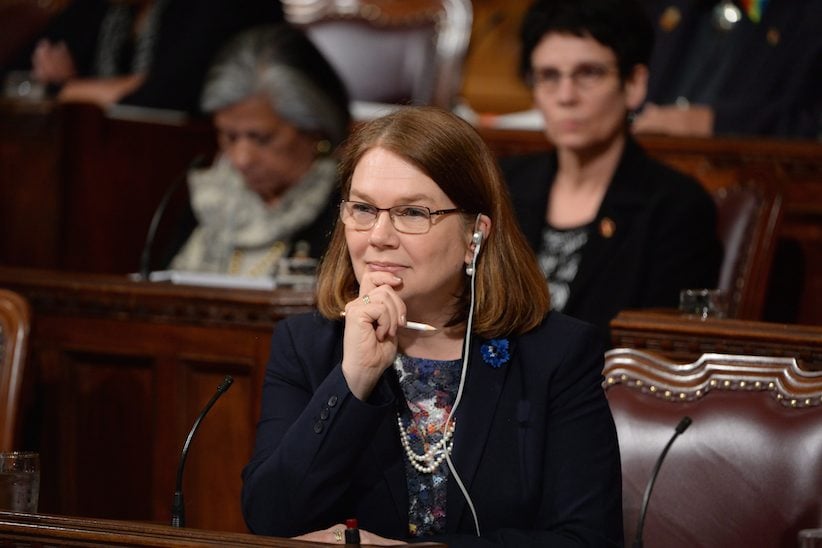 OTTAWA — It remains a mystery why Canada and the U.S. are the world’s heaviest opioid users, but Health Minister Jane Philpott says divining the answer may hold the key to solving what she considers a national public health crisis.

Philpott, a physician herself, said the problem has only grown worse over the last several years as the number of overdoses and opioid-related deaths has continued to grow.

A number of theories persist, Philpott said in an interview with The Canadian Press, including relentless pharmaceutical industry pressure on North American health-care providers to use opioids extensively in treating chronic pain.

“Some have suggested that may be one of the reasons behind it — like anything else, it is multisectorial,” Philpott said.

“I think it is something we do need to ask ourselves and I think that part of answering that … is where we are going to find some of the clues as to how we respond.”

Opioids include prescription painkillers such as oxycodone, fentanyl, and morphine, as well as illegal street drugs like heroin.

One of the “unique realities” of the problem is that opioids play a legitimate role in responding to people with pain conditions, Philpott said.

“People need to have access to these effective medications where used appropriately but there is tremendous risk potential. People do become addicted to them and people die.”

Philpott recently moved to expedite the availability in Canada of a nasal spray designed to stop or reserve the effects of overdoses. The spray contains naloxone hydrochloride, which is considered a life-saving medication.

It has been available in Canada in an injectable form and Health Canada recently took steps to make it available without a prescription in the case of emergency outside of hospitals.

“I think that from an international perspective, that’s considered to be very good practice and I’m absolutely convinced that many peoples’ lives will be saved,” Philpott said.

“I’ve taken the technical steps from my perspective to say that it is available to be imported and sold.”

Philpott said she’s also pleased to see provincial counterparts taking action, such as Ontario’s recent decision to stop paying for long-acting opioids. And British Columbia declared a public health emergency in April after a spike in fatal drug overdoses there.

Federal numbers show there were 74 overdose deaths in B.C. in January alone — a trend that means the total number of deaths in 2016 could far exceed the 474 deaths that occurred in the province the previous year.

An opioid summit scheduled for the fall will bring together players from across Canada to develop a joint plan, Philpott said, noting the problem is more serious in some provinces than in others.

Nonetheless, it has a far-reaching personal and professional impact, she added.

“It affects health care providers, it affects organizations that represent people who use drugs or have used drugs and their family members … we need research community on board, we need community associations on board,” she said.

“There’s a very wide range of organizations that need to be involved in order to address the problem from the point of view of prevention and treatment.”