Why CrossFit is attracting middle-aged women

Meet the newest converts to high-intensity workouts like CrossFit 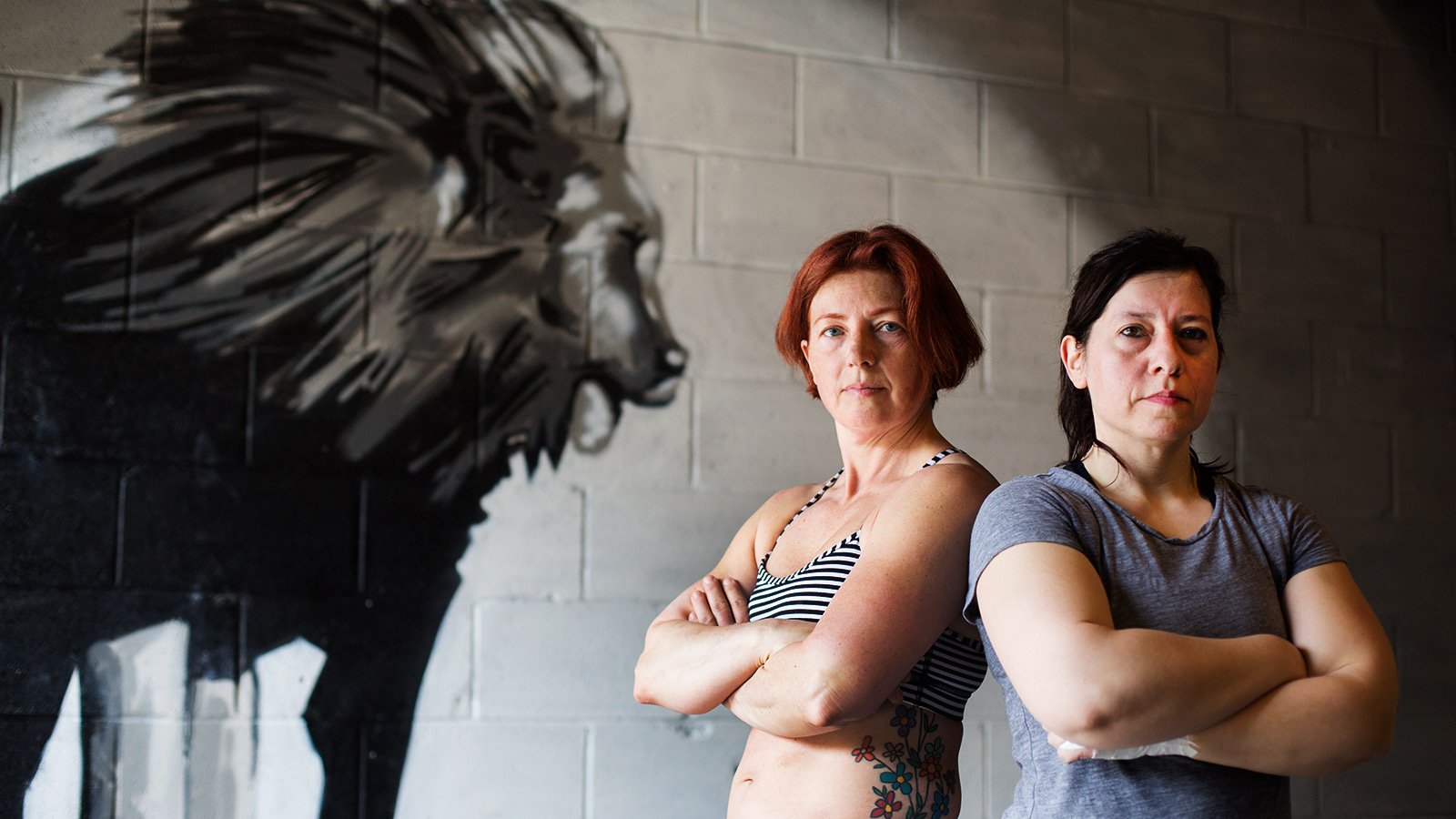 It took 49-year-old Korina Besednik months of intense training to prepare for this year’s worldwide CrossFit Open competition. She worked out 10 times a week, doing Olympic weightlifting and gymnastics. Three years ago, she couldn’t even have contemplated competing. She was 30 lb. overweight. “I had [built] endurance through cycling, but I couldn’t jump and had little upper-body strength,” the Toronto-based registered massage therapist recalls. Then she tried a local CrossFit gym, Academy of Lions, and was hooked on the ever-changing, high-intensity workouts, which include everything from push-ups and pull-ups to kettlebell snatches and barbell work. Now she squats 200 lb., dead-lifts 240 and just set a personal best in the clean: 125.

In this brutally difficult regimen that’s the preferred fitness challenge of CEOs and athletes, she’s emerged as a real contender. At the Open’s last event, Besednik powered through rounds of overhead thrusters—squatting, then standing, while pushing a 65-lb. barbell overhead—and burpees (dropping flat on the floor, then quickly getting vertical). She finished ahead of everyone in her heat, some half her age, and came in 115th in her age group at the regionals.

She’s not the only middle-aged woman who’s discovered the appeal of CrossFit, having turned her back on classes with 10-lb. dumbbells to embrace heavy weights and the resultant calluses. “Anyone’s body can handle it,” Besednik says. As women master moves such as squats, dead lifts, snatches and clean-and-jerks, they are also changing a testosterone-laden part of the gym. “Strong and muscular is the new skinny,” says Stuart Phillips, a McMaster University kinesiology professor. (Rather than a crazily ripped bodybuilder, think of a Michelle Obama type who can repeatedly throw a 20-lb. ball nine feet up on a wall.) Indeed, as more women spend quality time with barbells, they’re bursting the myth that lifting creates masculinized bodies, says Phillips, since dress sizes can shrink as muscle replaces fat, and bodies are resculpted. Besednik went from a size 12 to a size 6.

And it’s good for you. Resistance exercises common to CrossFit have long been recognized for their health beneﬁts. “Greater strength in muscles translates into stronger bones that are going to defend you against post-menopausal bone loss,” Phillips says. For example, jumping onto boxes is a standard CrossFit move that also helps to create the explosive power needed in lifting. A recent study led by professor Larry Tucker of Brigham Young University showed that women aged 25 to 50 who did twice-daily sets of 10 jumps, resting 30 seconds between each one, increased bone-mineral density by 0.5 per cent in 16 weeks. It isn’t just bones that improve. As Phillips notes, “What’s underappreciated is the metabolic benefits of lifting weights, vis-à-vis controlling blood sugar and lipids” such as cholesterol and triglycerides.

Of the approximately 70,000 women who registered for the CrossFit Open worldwide, nearly 20 per cent were 40 years or older. Part of the appeal is that, while a CrossFit gym such as Academy of Lions has a rugged, stripped-down look, it’s also a supportive community filled with high-fives and hugs from men and Lululemon-wearing women. It’s a more inclusive, female-friendly vibe than that found in traditional chain gyms, Phillips notes.

Progressing at your own pace is the mantra. That’s what Nurit Basin, 40, did when she joined Besednik’s gym in 2012. “I avoided the barbell workouts for a year, or did the minimum, waiting until I was comfortable,” she recalls. Everyone also stresses the need for expert tutelage, to maintain proper form. It’s easy to get injured while weight training. When Sylvie Greeniaus, 48, started a free-weight program at a Toronto YMCA, she did so under the careful eye of Ion Radulescu, who’s taught weightlifting for four decades.

Regardless of motivation, it’s never too late to start. “When we get older, it’s harder to do,” Tucker explains, “but the body continues to adapt until we die.” Age isn’t stopping Besednik. Next year, she wants to make the finals in Los Angeles.