Why do Canada's medical schools avoid the subject of abortion?

Thirty-one per cent of Canadian women under 45 have had an abortion — yet many schools simply won't teach it. 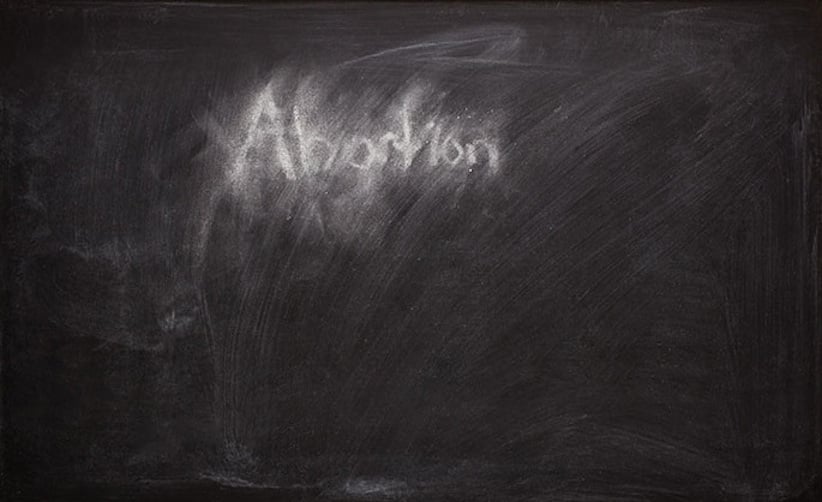 Nina Nguyen, a third-year medical student at Quebec’s Université de Sherbrooke, has spent precisely 35 minutes learning about abortion in school — and all from a single case study she read in an ethics class. “It was about a 32-year-old woman who comes in to your office. She’s six weeks’ pregnant, she’s really nervous, and she wants an abortion because she’s in an abusive relationship,” Nguyen says. Students were asked a series of questions: What concerns you about the patient? What are the ethical values and principles in conflict? And what’s your personal stand on abortion? “That’s it,” she says. “Some groups only talked for 20 minutes.” Her class did, however, devote six hours of their obstetrics-gynecology unit to male anatomy and erectile dysfunction, working diligently through the physiology, statistics and potential treatments for the condition.

During Anjali Kulkarni’s second year of medical school at the University of Toronto (U of T), she also met once with a small group of classmates to discuss the ethics surrounding abortion. “We’d had a talk from a lawyer who gave a good history of abortion law in Canada,” she says, but the hypothetical cases they were then asked to review all concerned pregnant women suffering from rare diseases or issues of fetal anomalies. “There was nothing in it that was ‘A woman is pregnant and doesn’t want to be; what do you do?’ ” she says, nor was there any medical information.

Since 1988, when the Supreme Court struck down Canada’s abortion law — calling it a violation of a woman’s right to “life, liberty and security of the person” — abortion has, on paper at least, been governed by the same regulations as any other medical procedure in this country. Yet more than 25 years later, medical schools still tiptoe around the subject in the classroom. Despite the Supreme Court’s ruling, abortion remains a polarizing issue in the medical community; providers fear for their safety, and students struggle to find out where faculty members stand. Too often, it’s easier to simply avoid the subject altogether. Because there is no standardized curriculum for any medical discipline, by the mid-2000s, only half of Canada’s 17 medical schools offered some discussion about first-trimester surgical-abortion techniques. A recent study published in the journal Contraception found that in a third of schools, abortion isn’t raised in mandatory lectures at all.

That’s a patchwork approach to educating medical students about an enormously common procedure: Thirty-one percent of Canadian women under the age of 45 have terminated a pregnancy. In 2011 alone, the most recent year for which data is available, 92,524 abortions were reported. It’s safe to expect, then, that every physician in every discipline will encounter a patient who has had or is seeking an abortion. Women’s health specialists shouldn’t be the only ones getting training — all physicians ought to have a basic understanding of the procedure and its implications. This wouldn’t mean they’d have to perform one, since the Canadian Medical Association allows for conscientious objection. But the choice to terminate an unwanted pregnancy belongs to a woman alone. Once she makes that choice, she is entitled to a safe, timely and confidential abortion. That’s not a question of values: In Canada, it is a matter of law.

Related reading: Colby Cosh: ‘The law should stay the hell away from abortion’

Still, the distribution of providers across this country is abysmal, especially outside our largest urban centres, where free-standing clinics — which perform some 57 percent of abortions — are predominantly located. Roughly one in six hospitals offers abortion services, nearly all of them concentrated within 150 km of the U.S. border. In July, New Brunswick’s sole private clinic closed, leaving two hospitals, and no more than four gynecologists, to provide all the province’s abortions. (Last Friday, however, it was announced that a new medical centre offering abortions would open in the old Fredericton clinic, after a crowdfunding campaign raised more than $125,000.) Women in the Yukon, Northwest Territories and Nunavut can have the procedure in just three hospitals. While Quebec has 46 abortion facilities, the Prairies combined have eight. Prince Edward Island has no provider at all. As a result, Canadian women in rural or remote areas often must travel great distances, out of pocket, to access an essential element of their reproductive care.

In many cases, medical schools have done little to help normalize what is, in this country, a very normal procedure. “Schools are not keen to court anything they perceive as controversial,” says Dr. Mei-Ling Wiedmeyer, a Vancouver-based family physician who graduated from Montreal’s McGill University in 2008 and completed a women’s health fellowship at U of T. “Medical schools as institutions are not typically brave. And it shouldn’t require any bravery, because abortion is a legal medical procedure that is clearly within their purview.”

When formal instruction falls short, it’s left to small groups of self-motivated students to educate themselves. An organization called Medical Students for Choice, which was founded in the U.S. in 1993 and now has chapters in 10 of Canada’s 17 schools, has been instrumental in pushing for curriculum reform, clinical electives and apprenticeships. Individual young men and women are also finding ways to arm themselves with knowledge, coordinating lunchtime lectures with abortion providers and arranging volunteer work in family-planning centres. “There are a lot of myths and misinformation about abortion and its complications out there,” says Kulkarni. “We need the raw data.”

Read the rest of the feature on Chatelaine.