Why that about-face on wearing masks is a problem

Jen Gerson: The feds' new advice was one in a series of backtracks, and public trust is the ballgame here 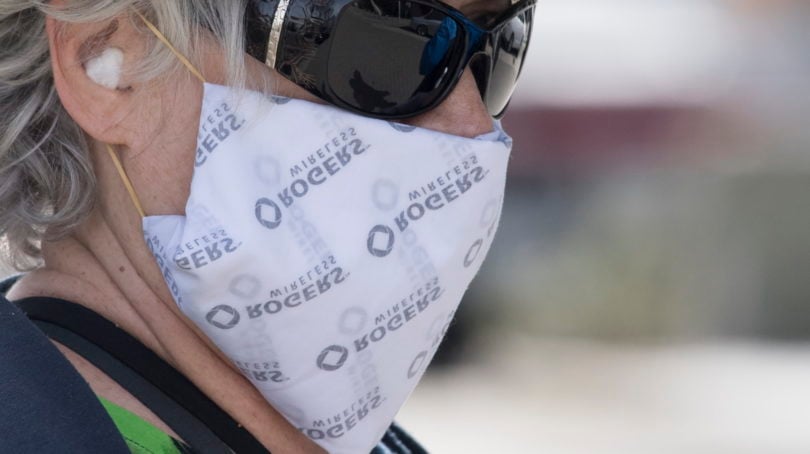 An apocalyptic mood tends to breed a desire for grim content on YouTube, and it was in this spirit that I ran into the old Duck and Cover clips. These were produced in 1951 by the U.S. Federal Civil Defense Administration under the shadows of the doctrines of mutually assured destruction.

“There was a turtle by the name of Bert, and Bert the Turtle was very alert,” sang an impossibly cheery chorus. When danger struck, “He’d duck and cover. Duck and cover.”

In the cartoon, Bert hides in his shell at the sight of a lit stick of TNT.

Bert was created to teach school children how to survive a nuclear bomb.

After a few decades passed—and the prospect of nuclear war was faded into a distant-but charming retro horror movie—”Duck and Cover” evolved into a running joke. The advice was a hallmark of both the good-natured naiveté of the American public at the time, and the sheer, apocalyptic recklessness of the Cold War.

RELATED: Fear and anger on the frontlines: What happens if there aren’t enough masks?

Duck and cover “and kiss your butt goodbye,” as Cory Matthews put it in one episode of Boy Meets World, a sitcom that aired in the 1990s.

“Duck and cover” has a modern analogy in our current state of crisis; the advice offered this week by our public health authorities is not to duck, but rather to cover our faces with masks to reduce the spread of SARs-CoV2, the virus that causes COVID-19.

The recommendation was a startling about-face from previous recommendations. For weeks, Canadians had been told that masks were not effective, to be used only by those who were ill, or those caring for the ill.

The arguments against their widespread adoption in crowded social settings were threefold; first that, there was not enough evidence to support their use; secondly, that they might make wearers more reckless, and abandon social distancing measures; and lastly that that mask wearing might jeopardize a dwindling supply of N95 respirators required for front-line healthcare workers.

On this last point, there was no controversy. Medical grade masks must go to doctors, nurses, and other health-care workers first. There is both a practical and moral obligation to prioritize the health of the people who are most at risk, and most crucial to fighting the disease.

Members of the general public ought to wear only masks that cannot be used in a medical setting. Even scarves or bandanas could suffice.

The second argument—that masks would encourage risky behaviour—was more paternalistic, and tenuous. Some have argued the opposite; that the masks may serve as a constant visual reminder to maintain distance.

RELATED: Quarantine nation: Inside the lockdown that will change Canada forever

Lastly, there has long been evidence to support the widespread use of masks, especially as the virus spreads asymptomatically.

No one can say with certainty just how effective mask wearing might be— and it’s very probable that the practice is only marginally better than wearing nothing. But when we’re dealing with exponential growth, even marginal effects can save hundreds, or thousands of lives.

We may lack some gold-standard study to support general masking, but if that’s the standard of evidence we’ve been waiting for—well, I have some bad news about social distancing.

We are engaged in a massive, global experiment in how to curb the worst effects of a pandemic. Almost every measure we’re employing to that end is theoretical.

Which isn’t to say we shouldn’t be doing it. We have to trust that our public health agencies are making the best recommendations based on evolving evidence as it becomes available.

That’s really what this particular column is about. I’m not here to offer an opinion on science. I am not qualified to assess that. The flip flop on masks comes down to a matter of trust.

There is now an assumption among some reasonable, educated people that our public health agencies were lying about the effectiveness of masks in order to prevent ordinary folk from buying supplies needed for doctors and nurses.

(After all, “if they are so ineffective, why do doctors and nurses need them so much?” goes the thinking.)

RELATED: The coronavirus question: To mask or not to mask

This new recommendation follows on a series of similar backtracks, from enforcing self-isolation on travellers, to border closures.

Prime Minister Justin Trudeau covered for this latest flip by emphasizing that masks “protect others more than it protects you.” This appears, to me, to be a distinction without much of a difference. If we all wear masks, we can probably reduce overall transmission, at least a little. You protect yourself by protecting others. That’s the point. That was always the point.

With the benefit of hindsight, perhaps it would have been better to stick to something straightforward, like: “Until we have more specific advice, we ask that Canadians avoid wearing medical-grade masks, which are needed on the frontlines,” and leave it at that.

There’s no reason to pick on Canada alone, here; we’ve seen similar reversals from the United States Centers for Disease Control and Prevention, and countries like France. We can expect the World Health Organization to follow suit shortly.

Crisis communications is a skill, and a lot of very smart people are struggling in the face of an unprecedented crisis.

But bad advice is usually easy to identify by how poorly it is argued. Poor communication degrades public trust; and a break in trust will lead to declining compliance. When it comes to the heroic collective efforts required to mitigate a pandemic, that’s the ballgame.

So duck and cover, folks.

And, by the way, far from being a theatrical panacea to grant false comfort in a time of fear and war, ducking and covering at the sight of a nuclear flash probably would have increased your odds of surviving a very different, and far worse, kind of catastrophe.