Why the autopsy, a staple of crime TV, is actually on life support

New data show autopsy rates in Canada have declined dramatically since the 1990s. All too often important questions are being left unanswered. 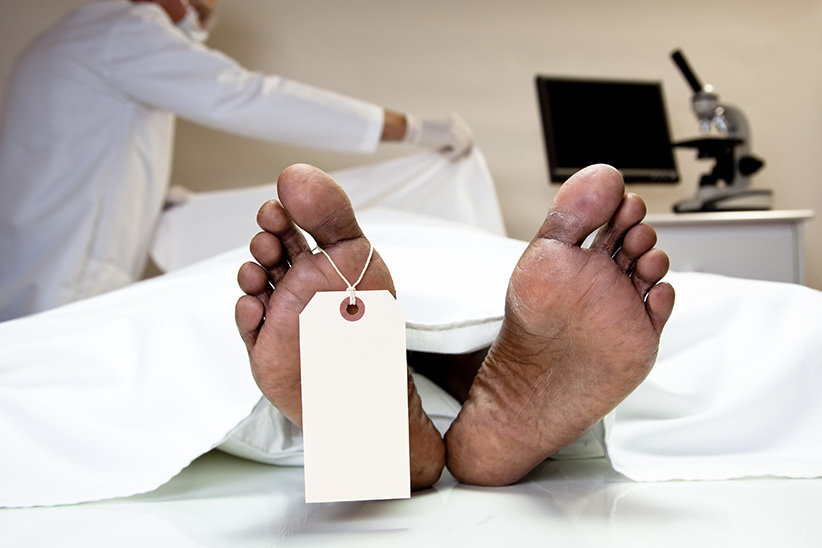 Autopsies are staples of crime shows like CSI, where pathologists hunt for clues about a victim’s death. In reality, the autopsy—which can include weighing and photographing a body, and removing organs or tissues for further study—serves all sorts of medically important purposes, confirming a patient’s diagnosis, revealing genetic risk factors that may be important to surviving family members, and furthering our overall understanding of disease. Yet in Canada, autopsy rates are falling drastically. According to the latest Statistics Canada figures, of the 246,596 Canadians who died in 2012 (the most recent year tracked), just 11,141 underwent an autopsy. In 1991, about 17 per cent of all deaths were subject to the procedure; by 2012, it was just over four per cent.

Angus Turnbull, a medical student at Imperial College London, has been researching declining autopsy rates. A scientific paper he published in 2015 found the procedure to be “on the verge of extinction” in the U.K., a trend he also sees in the U.S., Australia, and other European countries, as well as Canada. Autopsies typically fall into two categories, he says: those that are legally required, maybe because the patient’s death was suspicious or sudden; and those done for “medical or scientific” reasons, which require the family’s consent. (The first type do not.) “Autopsy is the gold standard to determine why someone died, and how,” he says, which is crucially important, even today: one U.S. review paper, published in 2012, found that 28 per cent of autopsies on patients who’d been in the intensive care unit revealed at least one misdiagnosis. “Almost one-third of patients having a misdiagnosis is pretty alarming,” he says. “The technique [of autopsy] is millennia old, but can still teach us huge amounts.”

So why the decline? Mainly, “physicians aren’t asking for them, or offering. They believe there’s no longer a need.” Today’s imaging techniques allow doctors to peer inside patients’ bodies in incredible detail, “so the thinking is we get the diagnosis right,” Turnbull continues. “Doctors believe [autopsy] is unnecessary, or outdated; or that getting consent is too difficult.” In Canada, cutbacks to provincial coroners’ and medical examiners’ offices have also been blamed.

If the autopsy is now on life support, Turnbull doesn’t see it making a dramatic recovery anytime soon. In his training to become a doctor, he’s had very little exposure to the procedure. “If it weren’t [an interest of mine], I wouldn’t have seen a single autopsy in my six years of training,” he says. “The majority of medical schools offer very little training in it at all.” If nothing changes, he predicts, within the next decade or so, the autopsy will be all but dead.