Why you should back off the bacon backlash 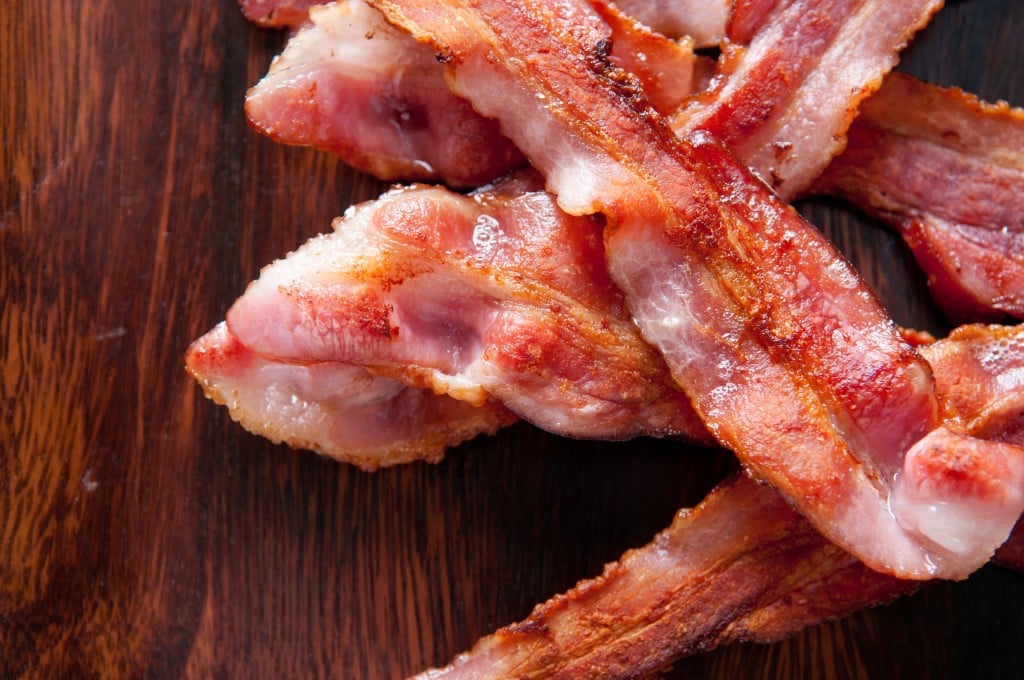 “Everything gives you cancer,” Joe Jackson sang in 1982, “No caffeine / No protein / No booze or nicotine.” Turns out Jackson was more than a jazz-inflected British new wave pop star; he was a futurist as well.

This week the World Health Organization’s International Agency for Research on Cancer added processed meat to its very long list of things that are known to give you cancer. Bacon, ham and sausages are now level-one carcinogens alongside tobacco smoke, asbestos and plutonium. Fresh red meat was added to a separate, and equally lengthy, list of items that probably give you cancer.

Cancer is a deadly serious business. Nearly 200,000 Canadians will develop the dreaded disease this year; an estimated 78,000 will succumb to it. So the WHO’s statement that “each 50-gram portion of processed meat eaten daily [about two strips of bacon or one sausage] increases the risk of colorectal cancer by 18 per cent” seems dire. Groups opposed to meat-eating immediately called for cigarette-style warning labels on meat packages. A predictable battle between activist scientists and meat industry flacks broke out in the media. All this, however, is unlikely to herald an end to the Baconator. Cancer may be grim news, but its presence has become part of modern life. In a perverse sort of way, it might even be considered a sign of progress.

The WHO’s announcement needs context. Putting bacon on the same list as asbestos and tobacco smoke doesn’t mean each item poses an equal threat to your health. Smoking raises your chance of lung cancer by about 1,500 per cent and has no redeeming qualities. Red meat, on the other hand, is a handy source of many useful nutrients. As for the risks, the average Canadian adult male has about a seven per cent chance of developing colorectal cancer over his lifetime. Add in the effect of repeated bacon-eating and that rises to around eight per cent. Not insignificant, but neither is it an obvious catastrophe. Consumed in moderation, there’s little reason to worry about bacon, ham or hot dogs.

Many of the other entries on the WHO’s list of provable carcinogens are equally familiar and/or necessary aspects of life most of us have little interest in avoiding. Alcohol, birth control pills, wood dust, gasoline, salted fish, sunshine and the (dirty) air we breathe have all been identified as definitively causing cancer. Fresh red meat joins fried foods, house painting, barbering and working the night shift as probable causes. The mere act of living inevitably brings us into contact with numerous proven and alleged carcinogens. Generally the rewards vastly outweigh any infinitesimal risks.

Labouriously toting up the potential perils of daily living, as appears to be the WHO’s mission, merely adds to the mountain of worry that has come to define life these days. It also marks another impractical stab at controlling individual food choices. Earlier this year, for example, the WHO declared anything more than six teaspoons of sugar per day to be a health risk, an amount that puts even a single serving of yogourt or a muffin off-limits. No doubt we can expect Canada’s new federal government to be inundated shortly with requests for soda taxes, bacon warnings and other efforts at dietary control.

Amid these perpetual food fights, however, it is important to remember that for most forms of cancer the single most important risk factor is age. You can’t fight the calendar. While advances in public health and medical care have greatly lengthened average Canadian lifespans, we all have to die of something eventually: the longer one lives, the greater the chance it will be cancer.

We can thus expect the incidence of cancer, and general attention paid to the disease, to rise as the always-dominant Baby Boom moves further into its senior years. Between 2003-07 and 2028-32 the population of Canada is predicted to grow by about 29 per cent. Over this same period, the Canadian Cancer Society expects the average annual number of new cancer cases will rise by 79 per cent, a trend “primarily . . . due to the aging of the Canadian population.” In other words, rising rates of cancer are evidence mostly that Canadians are living longer, healthier and more productive lives. After correcting for demographic changes, the actual risk of cancer to Canadians over time is projected to be stable or decline slightly. It’s also the case that cancer survival rates are improving due to better and earlier treatments.

The bigger burden on health care in the future may not be treating new cancer patients, but monitoring and caring for the many cancer survivors. It seems another positive sign. And a BLT isn’t going to make one bit of difference anyways.