From their drug use to their sexual experiences, kids are sharing everything with their parents. Is it a good thing? 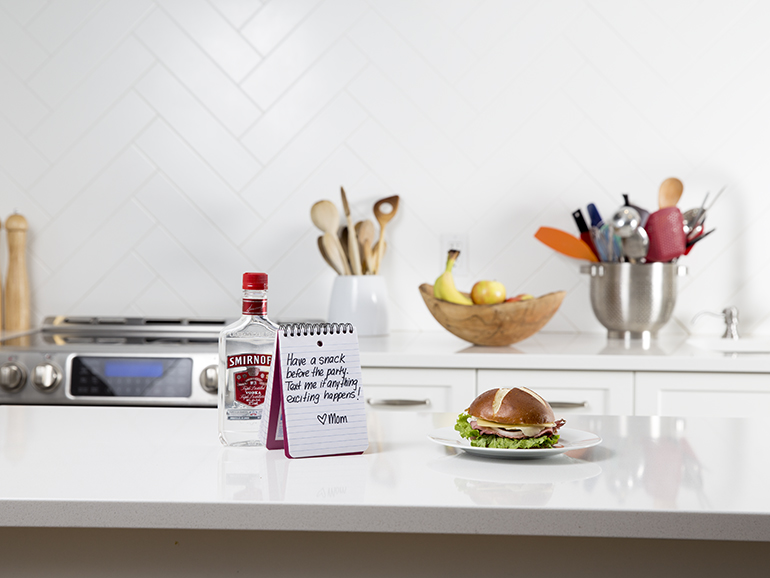 Jennifer, the mother of a 15-year-old who lives in Newmarket, Ont., received a slurry phone call at 2 a.m. “Have you been drinking?” she asked her daughter, who was at a party. Her daughter was honest. “Yeah, I had a few shots,” she said. They continued talking for another 25 minutes. The next morning, Jennifer’s daughter asked her, “Did I call you last night?” She didn’t remember anything about the conversation. “I told her that it wasn’t cool to get that drunk,” said Jennifer. “That there was nothing worse than blacking out.” And that was pretty much the end of it.

Likewise, Karyn, a mother of an Ottawa teen, says her 15-year-old told her recently she wanted to try pot. Almost all her friends had. “She told me last weekend that she finally tried it. She said she didn’t like it, which is good,” said Karyn. That, too, was the end of that discussion: no moralizing, no lectures about smoking illegal substances.

Jennifer and Karyn are not “cool” mothers who have a laissez-faire attitude about drinking or marijuana. They don’t condone their daughters’ actions, but their kids are open with them and they worry about ruining that bond. Perhaps more important, they don’t want to be “shut out” of their teenagers’ lives, as Jennifer puts it.

They’re not alone in feeling that way. This is a generation of parents who’ve raised kids with a more communicative style than their own parents did. As their kids hit their teens, they expect to continue to be open with their parents. They’ve also grown up in a climate of what would once have been considered “oversharing.” From how to trim pubic hairs, to drugs and sex, there seems to be no subject teens don’t raise at the dinner table—no problem that they don’t share with mom and dad.

Recently, Juan Thompson, son of the drug-friendly gonzo journalist Hunter S. Thompson, wrote in his memoir that his mother acted as a drug-trip chaperone as he experimented with quaaludes and other substances. Not that long ago, only the offspring of Hunter S. Thompson could make such a claim. Not anymore. “The old-fashioned parent is fast becoming a cultural minority,” Frank Furedi, a professor of sociology at the University of Kent, told the Guardian, after a study of British parents found that a third of parents said they were fine with their kids experimenting with marijuana.

One mother, Stacy, who works in real estate, says her 15-year-old daughter called one day “freaking out” after she had given her boyfriend her first hand job. “She was crying and thinking that she did it wrong. I had to really calm her down,” Stacy says. “I don’t know how I felt,” she adds. “I guess I was happy that she came to me instead of a friend. I think it shows she respects me and my opinion.”

Related: The collapse of parenting

Part of the picture is that parents know their teens may inhabit a vastly more complex landscape when it comes to sex, drinking, drugs and social lives than they did in their own teenage years. Open lines of communication (while not a fail-safe) are one way to try to ensure their kids don’t land themselves in trouble. So rather than telling their kids not to drink or do drugs or have sex, many of today’s parents, it seems, are choosing to educate them in how to drink, do drugs or have sex more safely. That’s one reason Dara, the mother of a 14-year-old who lives in Calgary, buys pot candies for her son. She knows he smokes joints—he admits it, telling her he sometimes does it after school with friends. She doesn’t want him smoking. So she gets the candies from her trainer at her gym, who gets them via Colorado. She often gives him a handful before he goes out.

A father of two teenage girls says his daughters tell him about beer-bong parties they attend and who got drunk and who had sex, though the majority of girls, at least, seem to have a more open bond with their mothers. Another dad learned from his wife their 15-year-old daughter was having sex. His reaction? “Well, I knew it was going to happen,” he says blandly. He hears stories about parties too. “I find it funny,” he admits. “We all did it at their age. But I had to hide that from my parents.”

“There’s such a shift of family norms,” says Vanessa Robson, a psychotherapist and social worker who deals with teens and parents. “Teens are more open—because they know their parents will be more forgiving if they are open. So, you do hear, ‘Yeah mom. I’m high right now,’ and that’s seen as normal.”

It can be hard, as a parent, to know how to deal with the aftermath of this openness. Karyn, a mom in Calgary, admits that she sometimes wants to scream “What the f–k?” when her 15-year-old tells her about her partying nights. She has watched her daughter pour vodka into an Evian bottle measuring out five one-ounce shots that she’ll do throughout the night. At the same time, she says, “I try to put myself in her position, and parents who don’t have honest conversations and turn a blind eye I think are worse.”

Related: Inside your teenager’s scary brain

She says having more honest conversations has allowed her to warn her kids about binge drinking with more credibility. “You’ll have maybe a drink or two and you’ll be more outgoing and things will be fun for a while,” she told her 14-year-old son. “The thing is, there will come a point where you start to feel not so good, and you can’t get that feeling back by drinking more.” Still, it took an emergency-room visit before her kids stopped drinking to excess.

Another mom, who lives in Toronto, sat her 14-year-old down and explained body weight and how much he could drink. She also “force feeds” him pizza before she lets him go out.

Vicki Hoefle, author of Duct Tape Parenting, is dubious about how effective such strategies are. Hoefle doesn’t see the current trend as a reflection of close relationships between parents and kids. She sees parents who are afraid to say no. “Parents are now compromising their own morals and values,” she says. “It’s a testament to how so many parents have lost confidence in their own parenting.”

A teen at a party is not going to be thinking in a rational way, says Hoefle. “They’re going to be drinking as hard and fast as they can.” She points to a 2013 study published in the journal Human Communication Research that found that parents who talked with their teenagers about their own regrets with drugs, alcohol and sex were more likely to have kids who expressed a more positive attitude toward drugs. That’s a correlation, not a cause—parents may be sharing because their teens are interested in drugs. Still, there’s no consensus on how much to tell your teens, the organization Drug Free acknowledges, and you can say too much. A good place to start is knowing your child.

Hoefle has been tough with her own teens. “I told them, ‘I recognize you may drink, but there are a set of consequences,’ ” she says. “ ‘If you get caught underage drinking or doing drugs, I’m not bailing you out, so you better have that $5,000 retainer fee.’ Kids need to know their actions could impact the families, their future,” she says. She also says that for all the talk of guiding kids subtly, many parents don’t follow up once they’ve “educated” kids on proper drug or alcohol use.

Even therapists who disagree with her will agree there’s no straightforward answer in just how to navigate the new openness. “In my opinion, the worst thing that you can do as a parent is to shut down the conversation,” says Kate Ruby-Sachs, a social worker at Toronto’s Clinic on Dupont. “That said, it can be difficult to do this without allowing our child to interpret openness as condoning the behaviour. It’s a balance.” Her guidelines for parents of teenagers sound a lot like guides for kids of much younger ages; only the issues are different. “It is important to have clean and concise boundaries,” says Ruby-Sachs. For example, ‘If you’re using mood-altering substances, using the car is off the table.’ Consequences need to be logical, proportional and appropriate. As well, you need to be comfortable enforcing them.”

Sometimes the openness tests both parent and kid. Recently, Helena, a single mother, left out a bowl of condoms for her 13-year-old son. “I though I was being a good mother, trying to say, ‘Protect yourself.’ I told him they were in the drawer in the washroom. The problem is, he told me he didn’t want me to know how much sex he was having and that I’ll be able to tell by the condoms missing,” she laughs. “Which means he is having sex. And we did end up talking about it and especially about using protection. My mother would have killed me if she had found out I was having sex at 13.”

It’s clear parents are struggling with these questions. When New Yorker Kathy Radigan wrote a tough-love open letter to her teenaged son about drinking underage, it went viral. Nothing makes her angrier than parents who just don’t say no, she says. “It drives me nuts when parents say, ‘It’s going to happen anyway.’ ” Radigan says she had lots of friends who she assumed had the same parenting values. “I was surprised to find myself in the minority against parents who thought it was okay for their kids to experiment and be so open about it,” she says.

“Listen,” adds Radigan. “As soon as you buy your children alcohol, or teach them how to drink ‘properly,’ it’s illegal. One bad decision can ruin their lives and parents have to tell them that! I’m friendly but I’m not my children’s friends. I’m the parent. I can be liked by them when I’m a grandparent.”