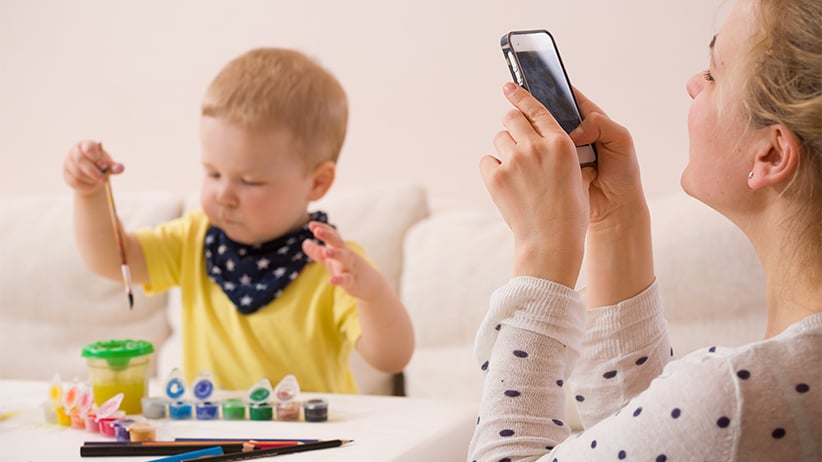 The way they tell it, Yasser Korany and Genevieve Maheux-Pelletier were asked to sign a photo waiver at their son’s school in Kleinburg, Ontario, which would allow for photographs and videos of their child to be posted to social media. Yasser and Genevieve refused to sign it. Now their kid, Karim, won’t appear in the class photo and, they say, has been excluded from some class projects.

When they complained, the school board responded by noting how impossible it would be to prevent photos of their son ending up online somehow. That’s likely very true; people take pictures of groups of children at school events and post them online constantly. How could the school do anything about that?

But Korany and Maheux-Pelletier aren’t crazy to ask for some leeway on the school’s policy—in fact, just the opposite. Their request is reasonable. Whether they realize it or not, they’re asking the school to grant their child a simple, but valuable thing: freedom.

As a new father, I think it’s a reasonable request. Before our son was born, my fiancée and I decided we would do all we can to keep his face off social media for as long as possible. In coming to that conclusion, we talked about the contrived social expectation that we post photos of him online.

Why would it actually be necessary, we asked? Wouldn’t we email or text pictures with our family members and close friends, anyway? What was it about the idea of posting photos to Facebook in particular that made it so alluring? I personally felt it just come down to the “likes”—that same fleeting feeling of outside validation obtained by posting photos of holidays or our cat. And if that were the case, then what benefit would our son receive in that scenario, as someone unable to reasonably consent to anything, let alone understand what we were doing?

Ultimately, the deal largely seemed to break down like this: We would get to post photos of our child and get to feel good about ourselves for a few minutes, and he would get his photo on the internet forever. That seemed unfair.

Because that profile created for him (even without an actual profile page, and small though it may be) would hardly be limited, even to whatever circle we chose in our account settings. Photos are still, for example, mined for data—particularly for information about who is in them. Whether we posted our child’s name along with the photo, or whether we tagged him in it or not, Facebook’s facial recognition software would likely still know he exists (as would Google’s or Snapchat’s). And though we, as adults, have notionally signed a consent for that to occur, our child had obviously not.

MORE: Why Google’s new phone is a Trojan horse for your data

The information about us online, however much there is, is meaningful—perhaps more so than we consider day to day.

In Dave Eggers’s The Circle, Mae—an employee of a fictional mega-social media company—at one point finds, to her surprise, that her social media history is being displayed for a large group in an auditorium as part of a company presentation. Despite being a convert to the company’s ethos of openness and personal transparency, the incident irks her. What was it that mortified her?

“She couldn’t put her finger on it. Was it only the surprise of it? Was it the pinpoint accuracy of the algorithms? Maybe,” Eggers writes. “But then again, it wasn’t entirely accurate, so was that the problem? Having a matrix of preferences presented as your essence, as the whole you? Maybe that was it. It was some kind of mirror, but it was incomplete, distorted.”

Whether we like it or not, the information online that is attached to our face will—and already has—come to define who we are, in some fashion. It might not contribute a lot, but it’s something. As adults, we are aware of this. And if we find, for instance—maybe after installing ProPublica’s browser extension that reveals what Facebook thinks we like—that some of that information is incorrect, we can take steps to fix it, and to rein in the assumed parameters of our personality.

Children can’t do that on their own. So, every time their face goes online without their consent, there is the implied assumption they don’t have a personality worth protecting. Instead, the thinking seems to go, they’re just babies, doing baby stuff.

But one day they won’t be, and they will find themselves, even if in just a small part, defined for a large group of people and for companies—complete strangers, in other words—by images of their life someone else gave away. Where they have been, who they were with, what they did on a particular day—none of it will belong to them alone. It will all be proprietary data. They will not own those memories. They won’t even own the ability to forget.

They will be just like their parents. Except they had no choice.

Does this mean that we have shared nothing online with friends and family about our son? No. There is a picture of his legs. Another of his back. One of his arm. He has been the subject of status updates. We have not been perfect; nobody is. We’re also not Luddites. Photo printing is expensive or non-existent; it’s convenient to email or text a picture.

But the social media algorithms have yet to see his face. And for as long as possible, as much as we can, we will try to give him something many of his peers have already lost: freedom from the machine.

Is it too much to hope that other people help in that regard? I don’t think it’s crazy to ask.