Hockey fights in Canada: Behind this week's cover

Charlie Gillis spent months exploring the ugly side of minor hockey in Canada. In this video, he talks about what he found

Confrontations with officials. Shouting matches between coaches. Actual fist fights between adults in the stands.

Increasingly, this is a face of minor hockey that Canadians seem willing to accept. 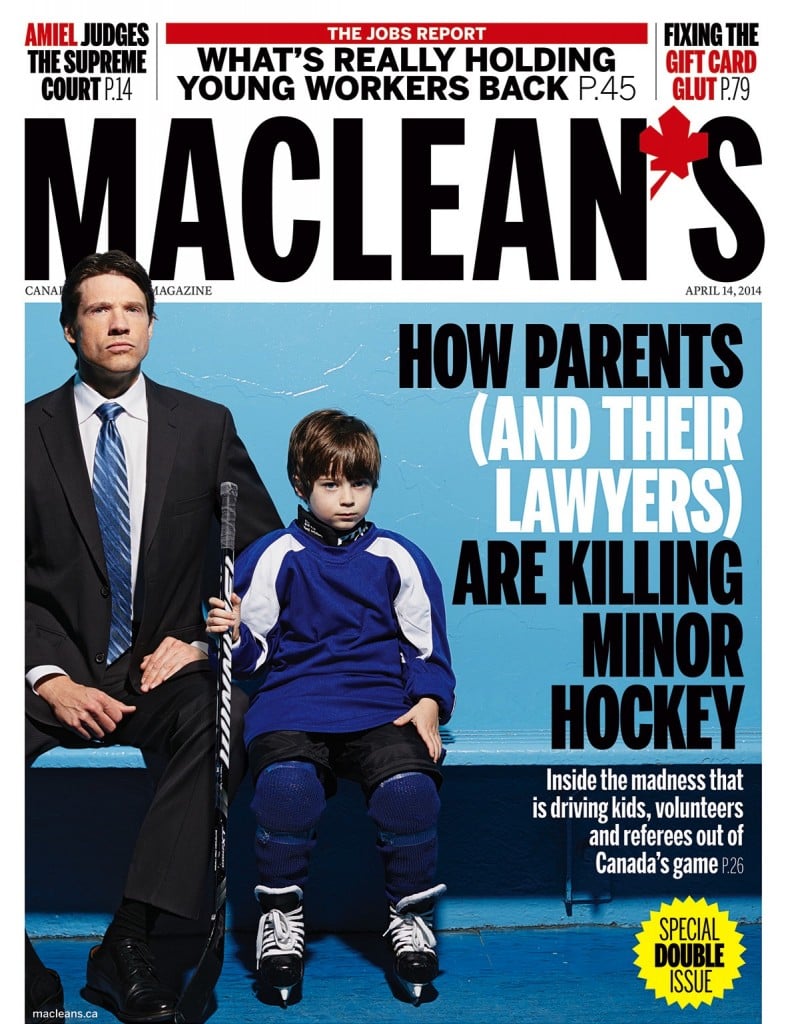 So invested have parents and coaches become in tournament outcomes, or ice time distribution of seven-year-olds, that the sport seems mired in recurring cycles of hostility, which in the past six weeks have produced no fewer than three cases of physical altercations between adults at minor hockey events.

The game’s behind-the-scenes disputes are no less rancorous for their lack of violence. Families with NHL ambitions for their youngsters have in recent years stepped up efforts to undermine minor hockey associations’ authority to tell them where they can play, dragging everyone from volunteer coaches to Hockey Canada officials into court over issues the judiciary thought it settled long ago. Some families have even resorted to human rights commissions, where they’ve protested the gross unfairness of their children’s plight.

As Charlie Gillis explains in this week’s cover story, these cases reflect a level of obsession that is exacting an enormous toll on the minor hockey system.

Watch for this special feature — on news stands Thursday and in our iPad edition. We’ll post it on the site later next week.