Hold on, let me check my Friendster 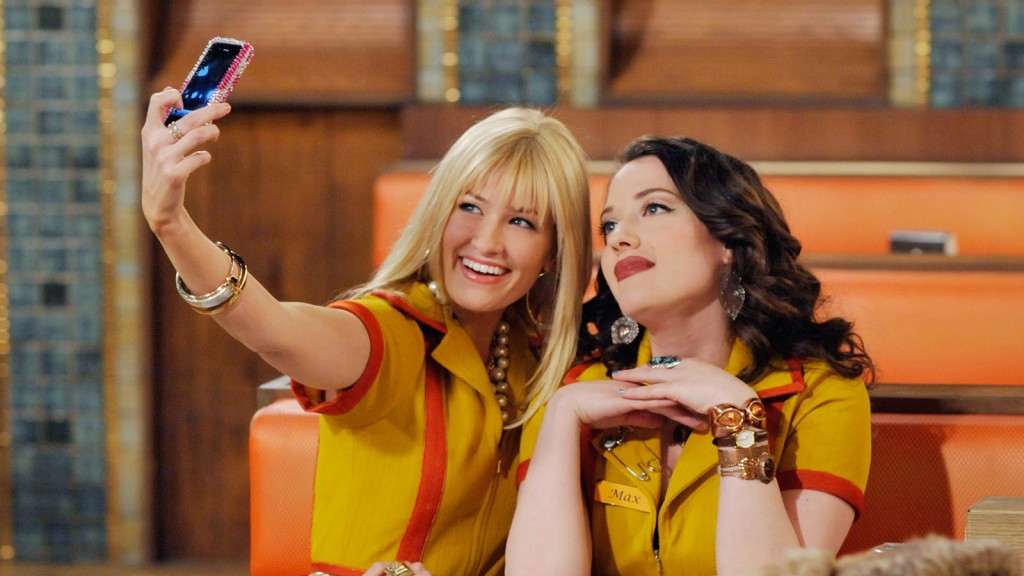 TV shows get criticized when they’re behind the times, and when they try to keep up. Selfie, a new comedy from ABC (premiering Sept. 30), is a Pygmalion-like story about a man named Henry (John Cho) who tries to teach a woman named Eliza (Karen Gillan) to be less dependent on social media. Recently, series creator Emily Kapnek found herself explaining to a roomful of critics that she’s not just jumping on a fad, and that she hopes the show will last for “seasons and seasons to come”—two things not everyone is sure about, given the references to Internet fads that may burn out, like hashtags and Instagram. “It’s too soon to say whether Selfie will have lasting impact,” says Diane Haithman, a frequent contributor to Deadline, “or be cancelled as soon as Millennials get tired of shooting pictures of themselves.”

Television has traditionally lagged behind the real world: the social changes of the 1960s were barely reflected on the television of the time. On the most popular show of the 1990s, Seinfeld, the characters never used the Internet. But some creators do try to incorporate the latest developments, and when they do it right, they get positive attention. South Park gets a lot of its impact from keeping up with the latest developments in video games, reality TV and politics. The Voice has managed to surpass American Idol in part because of what Michael Hewitt of the Orange County Register called “a more modern musical touch,” with less reliance on classic songs.

If topical references can help a show get respect in the short term, they can harm its long-term future, especially if they refer to something that people stop caring about. In 2000, many shows did episodes about the Y2K computer bug, which hurt the episodes in reruns. “I believe we did worry about syndication some,” says Greg Daniels, co-creator of King of the Hill, but “we were all convinced Y2K was real, and we would soon have to be living in the mountains, catching rabbits and growing mung beans.”

In today’s era of short-lived Internet memes, it’s even harder for TV shows to know what they should or shouldn’t be referencing; a show that tries to keep up with what’s new might wind up dated even before it airs. 2 Broke Girls, which tied itself to fads like gourmet cupcakes and Brooklyn hipsters, now seems like a relic of the past even though it’s only been on for three years. An earlier ABC comedy, Cougar Town, picked its title in 2009 when the idea of attractive middle-aged women being “cougars” was at its height; the title soon seemed so outdated that even the creators started making fun of it.

When shows try to follow trends, they have to figure out how to incorporate them without being uncool. Many shows, like CSI, have been mocked for portraying modern technology as evil. At this year’s Toronto International Film Festival, Jason Reitman’s movie Men, Women & Children, a mostly negative look at the Internet’s influence, was heavily mocked for its old-fashioned attitudes. By trying to criticize online culture, Selfie could risk seeming reactionary—Kapnek referred to her heroine’s Internet use as a “disease” that has her “keeping the world at arm’s distance.” That’s the kind of thing Brian Lowry of Variety worried might face “derision precisely from the hip, tech-savvy younger viewers the network would so like to attract.”

Topical shows don’t have to face derision if they find something universal in their premises. The Good Wife should have been obsolete by now, since its premise is based on a long-ended scandal involving former New York governor Eliot Spitzer, but it’s managed to keep going strong. “I don’t think many of those who have continued to watch The Good Wife are still thinking about the Spitzer scandal,” Haithman explains, but “we can be sure politicians will continue to do stupid things for as long as the show is on the air.” Similarly, Selfie doesn’t have to tie itself to specific slang terms or Internet fads; Haithman thinks it could have a longer shelf life than its title if it examines “the larger issues of the effect of technology on friendship, love and loneliness.” If it doesn’t, there may still be jobs open on the upcoming CSI: Cyber.