Home funeral workshops teach loved ones to care for corpses

Proponents say home funerals are cheaper, more intimate experience that can help loved ones with their grief 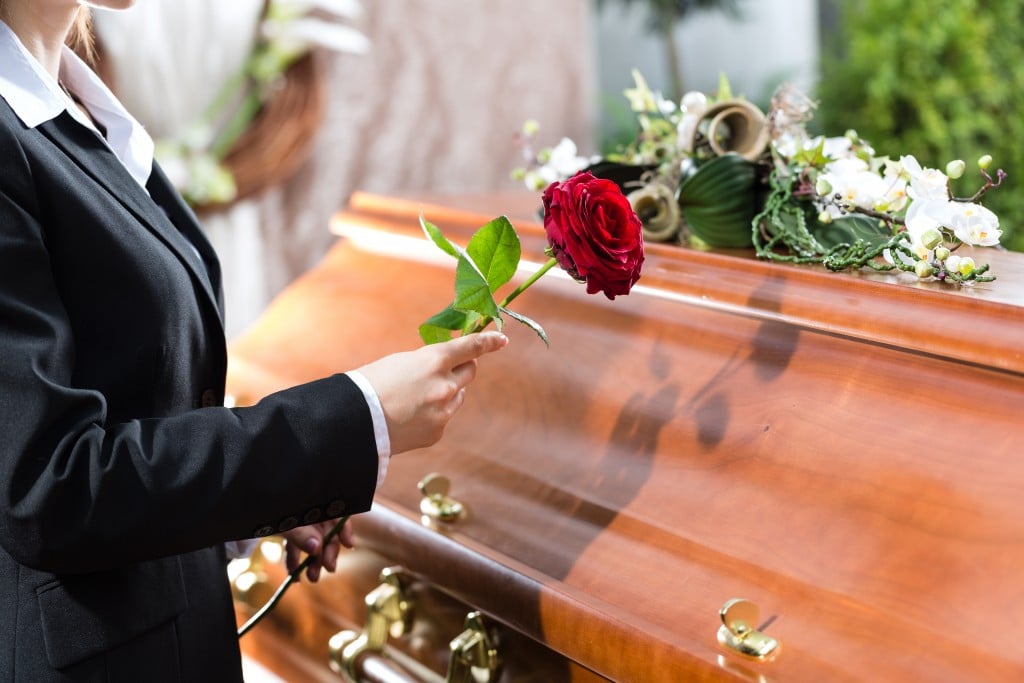 TORONTO – It’s only because Deborah Magdee happened to overhear a radio show two years ago that she left her mother’s dead body at home for five days.

The radio segment introduced the Vancouverite to home funerals, where family and friends assume the role of a mortician rather than relying on a morgue. Proponents say it’s a cheaper, more intimate experience that can help loved ones with their grief.

At the time, Deborah cared for her mother Elizabeth – or Baba to the Ukrainian-heritage family. Deborah knew her mom, who suffered from dementia, could die soon.

The more Deborah listened to how the funeral industry handled corpses, the more she wanted to explore the possibility of a home funeral.

“How can I just let these strangers come and take her away and put her in a morgue?” she recalls thinking. “I do not want anybody touching my mom like that.”

She turned to Google and found a burgeoning industry. More than 50 home funeral directors work in North America, according to the National Home Funeral Alliance, including Pashta MaryMoon, a death midwife in Victoria.

MaryMoon, who co-founded the Canadian Integrative Network for Death Education and Alternatives, said much of her work is educating people about do-it-yourself funerals.

“It’s an old, ancient, forever process that we lost in the 20th century,” she said.

MaryMoon helps people navigate the paperwork required when someone dies and teaches home-funeral workshops to go over the logistics of handling a corpse.

“I don’t have any issues around being with dead bodies, touching dead bodies,” she said. “It’s really not that different than caring for a live person.”

At her workshops, people learn how to properly wash, dress and move a corpse played by a nearly naked person to best mimic the realities of handling a dead body. She teaches people how to keep a corpse’s temperature down, and how to use rice bags and a handkerchief to close the person’s eyes without leaving crease marks.

Deborah Magdee attended one of MaryMoon’s workshops in August 2014 and then convinced her family to help plan a home funeral for Elizabeth, who died the following March at the age of 86.

When a pair of death midwives arrived, Deborah, her sister and her niece washed her mother’s body, blessing each part they touched.

Deborah remembers draping one of her mother’s “babushka-like scarves” over her head and tying it underneath her chin to prevent the mouth from hanging open once rigor mortis set in. Ice packs were used to cool the body.

The family lit candles and played music, leaving Elizabeth’s body in her room where they could sit with her and reflect.

“You have time to grieve,” Deborah said. “You can go there by yourself (at) two in the morning and cry or talk to the person.”

Friends and family visited for a celebration of life, where they decorated Elizabeth’s casket, covering it with photos and messages.

After five days, Deborah said, her mom’s mouth started to come ajar and eyes began to sink. The family decided it was time for cremation.

Deborah and some family members carried Elizabeth’s body out of the house in a sheet and placed her in a casket inside a vehicle. They drove listening to her mother’s favourite songs.

At the crematorium, Deborah and her family performed a final blessing and watched as Elizabeth’s casket rolled into the retort.

She remembers crying after she returned home, not because her mother was finally gone, but because she was overcome at having pulled off this commemoration.

Aside from the extra time to say goodbye to her mother, Deborah said, a home funeral also provided financial relief.

In 2013, the average cost of a funeral in Canada was between $8,000 and $10,000, according to the most recent figures from the Funeral Service Association of Canada. Deborah paid $1,266 for her mother’s _ something she thinks the frugal matriarch would have appreciated.

Deborah is certain that when she dies, her body should stay home too. Her son, though, isn’t convinced he’ll be up to washing her body.

That doesn’t bother her.