How a cancelled yoga class stretches the point on cultural appropriation

The University of Ottawa's yoga classes weren't debasing anyone's culture. But we lose nothing by listening, rather than overreacting hastily. 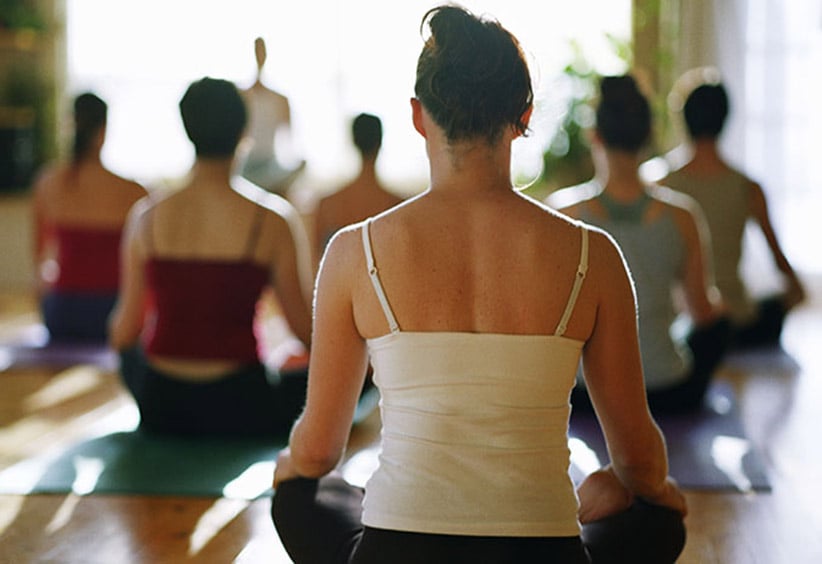 In between, on the expansive list of things that some people believe other people are improperly adopting, practising, wearing or eating: Braids, henna, kimchi, spirit animals and tattoos.

“Y,” of course, is for yoga. This week, the story of how the Student Federation of the University of Ottawa cancelled a stretching class over concerns about “cultural issues” became a global sensation. It was irresistible catnip to editors in Washington, London, Sydney, and pretty much every other place with a healthy sense of outrage and a decent Internet connection.

It’s not hard to see why. The weekly sessions, at the university’s Centre for Students with Disabilities, had been going on without controversy, since 2008. They were popular, attracting 60 people a class. The instructor, Jen Scharf, was willing to teach them for free.

And when Scharf pressed for an explanation, the note that came back from a student federation representative was pure, post-secondary sanctimony.  “Yoga has been under a lot of controversy lately due to how it is being practised and what practices from what cultures (which are often sacred spiritual practices) they are being taken from,” read the email. “Many of these cultures are cultures that have experienced oppression, cultural genocide and diasporas due to colonialism and Western supremacy, and we need to be mindful of this and how we express ourselves and while practising yoga.”

The idea that a room full of limber people in Lululemon pants are actually unwitting oppressors is kind of fun. It’d be a blow against a brand of 1970s-era lifestyle-smugness that could only be equalled by research demonstrating that tofu feels pain, or the imprisonment of every surviving Doobie Brother.

But the hyper-sensitivity of a few undergraduate activists shouldn’t be mistaken for a mass movement. Debates over cultural appropriation remain mostly the stuff of little-followed Tumblr accounts and right-wing websites that are in perpetual need of examples of encroaching political correctness. (They are sometimes enabled and abetted by mainstream media inquiries into burning questions like the appropriateness of Valentino’s African-inspired collection for spring/summer 2016.)

When they do get traction, it’s often for good reason. Society evolves and standards change. Calling your football team “the Redskins” might well be a tradition, but it’s a racist one. Blackface went out with Al Jolson. Getting really drunk and dancing around in a feathered Native headdress at a music festival is a tribute only to your own stupidity.

Culture is elastic and acquisitive. We adopt all sorts of stuff from all sorts of people. Pasta came from China. (Long before Marco Polo.) Waffles were once Belgian. Jazz, rock and hip-hop were originally African-American art forms and have endured in spite of Kenny G, the Carpenters and Vanilla Ice.

Mostly that process happens without much thought or trouble. Everyone in university residence buys a futon. Thai restaurants and sushi bars edge out the delis and pizza parlours on Main Street. White actors stop getting cast as Othello.

However, that all shouldn’t obscure the fact that our collective thirst for the new and different isn’t always benign. Symbols do get misappropriated. Meanings are lost. And even long-accepted practices can be offensive.

On the odd occasion when concerns and objections are raised, we lose nothing in listening—even if it’s just some student government busybody, stretching the point.

Yoga practitioners aren’t debasing anyone’s culture. But neither are the lunatics now running the asylum.

Now, everybody take a deep breath, and relax.