How Anne of Green Gables would advise Princess Charlotte

Anne of Green Gables offers some words of wisdom to Princess Charlotte on hair, grudges and daydreaming 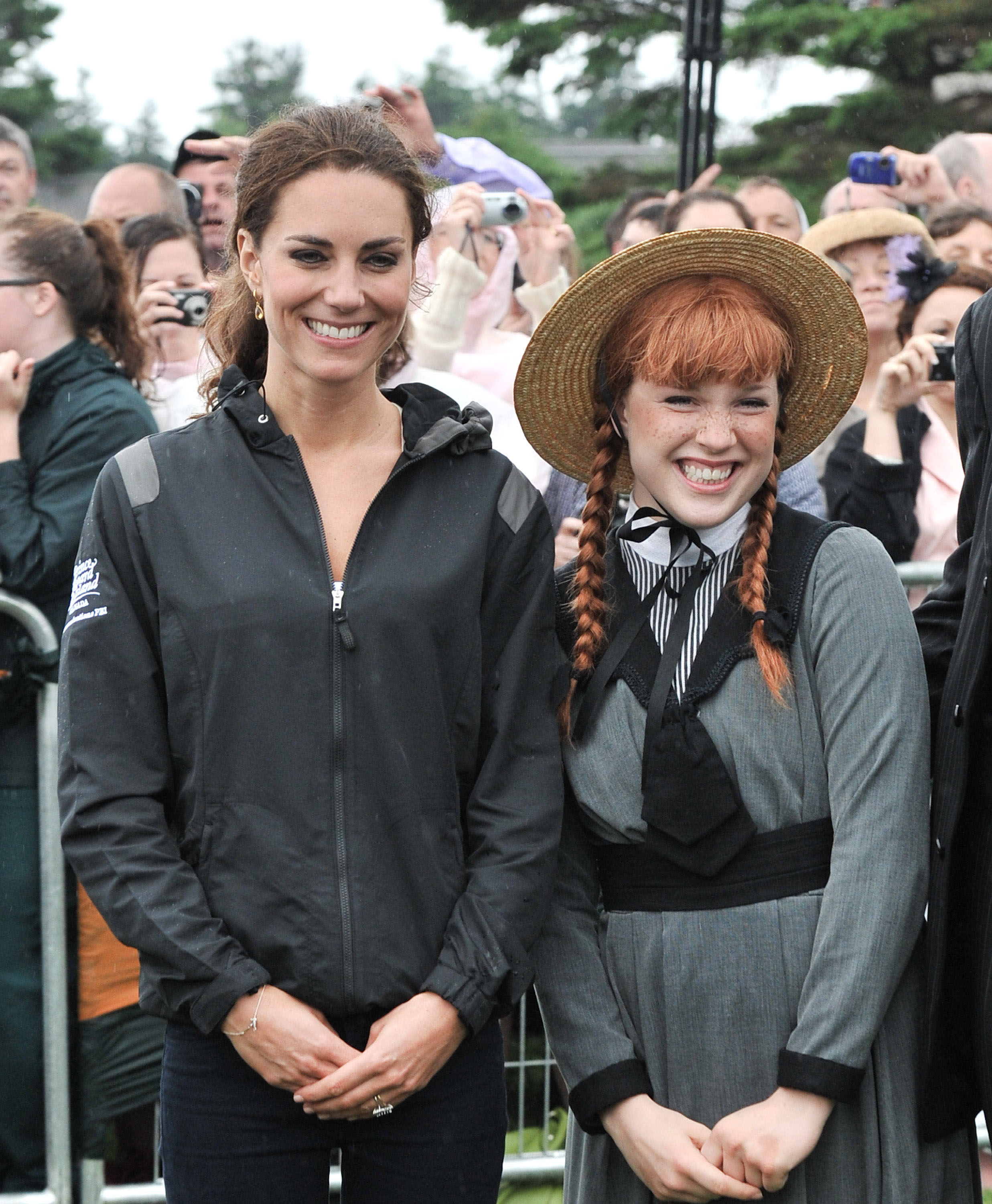 Canadians, unsurprisingly, are light years away from agreeing on the Great Canadian Novel. Foreigners, on the other hand, have been at near consensus for a long time already. Lucy Maud Montgomery’s Anne of Green Gables is 107 years old, has never been out of print and has a fan base that stretches around the world, from what seems like the whole of female Japan to Catherine, duchess of Cambridge, future queen and mother of Charlotte. Her devotion to heroine Anne Shirley, that passionate and good-hearted redhead, may not reach Japanese levels—Kate has yet to be seen in a straw boater with fake red pigtails—but it cannot be denied. In 2011, on the young royals’ first post-marriage visit to Canada, Anne of Green Gables was one of the main reasons for the P.E.I. stop.

Seeking reasons for Anne’s enduring appeal, you could do worse than ask the Japanese. That’s what Margaret Atwood did, and a group of Japanese women were happy to oblige: Anne came to their country just after the Second World War, to a land full of orphans who could identify with her; she loves apple and cherry blossoms as much as any Japanese girl; she has exotic hair; she succeeds in winning over, writes Atwood, “that most formidable of Japanese dragons, the bossy older matron”; she’s spiritual and puts others before herself. But Atwood’s prime suspect in Anne’s Japanese popularity is her instinctive anti-authority attitude and the appeal that has in a culture that represses its young, especially its young girls.

Does anyone, this side of Rob Ford, wear their id on their sleeve like Anne Shirley? Although the injustices that torment her in the novel—slurs on her hair colour, for instance—do not measure up to the barely hinted hardships of her life before Green Gables, the former were apparently the making of her. She lashes out with abandon at anyone who belittles or insults her, up to and including breaking slates over their heads.

It’s scarcely likely that comfortably middle-class Kate Middleton, born in 1982, experienced a childhood that in any way resembled Anne’s in repression or hardship, but anyone raised to be a “good girl”—let alone anyone now called upon to smile and smile and smile at paparazzi—is liable to have a soft spot for Anne the Avenging Angel.

Even so, there’s still many a wild child—or wild-child admirer—who grows up to become a strict parent. To that end, Miss Anne Shirley might well have words of wisdom for a princess of Cambridge, advice to smooth the rocky royal road with mom, dad and the world at large.

· Respect the hair: Your uncle and fellow spare, Prince Harry—who shows occasional indications of channelling my impulsive self—may prove a kindred spirit and useful source of rebellious advice, while some, at least, of what you will hear about him you can put down to British prejudice about “gingers,” or, as they call them in Avonlea, “carrots.”

· Older brothers can be annoying, I’m sure, since boys in general are; nonetheless, breaking a slate over the head of your future sovereign will have consequences, especially if it leaves a scar.

· Handsome apologies, eloquently expressed, will help patch things up—all the more so, if you actually mean them—if, as will surely happen from time to time, a princess just has to do what a princess has to do.

· If those other princesses, your father’s cousins, dress you up in one of their fascinators, don’t crown them with a slate, either; instead, ponder, as did I while Marilla cropped my calamitously green-dyed hair, on the folly of vanity.

· Should you and a visiting princess pal go looking for a “bright-red drink” because it tastes “twice as good as any other colour,” avoid your grandfather Charles’s homemade organic wine.

· When re-enacting scenes of tragic high romance from Tennyson, make sure the boat on which you are playing the part of a corpse does not leak.

· Daydreaming can cause trouble, especially when you put anodyne liniment into the cake instead of vanilla, or let a mouse drown in the plum pudding sauce, but you will spend far more time at various royal-duty occasions of brain-eating boredom than you will spend baking, so you’d best cultivate the practice.

· My ability to hold a grudge over next to nothing for five years at a stretch has not always served me well; should you share that talent, consider this: You may end up marrying him anyway.

· After you grow up to become one of the most photographed people in the world, when you are recorded doing something you regret, and you will be, try to remember that “it’s nice to think that tomorrow is a new day with no mistakes in it yet.”

· Finally, I do believe this is all good advice, “but I expect it will be hard to follow; good advice is apt to be, I think.”

When you need to get away, come see me in Prince Edward Island. I’m not going anywhere.

Here’s more of Maclean’s in-depth coverage of the birth of the second royal baby: