From Nunavik to the NCAA 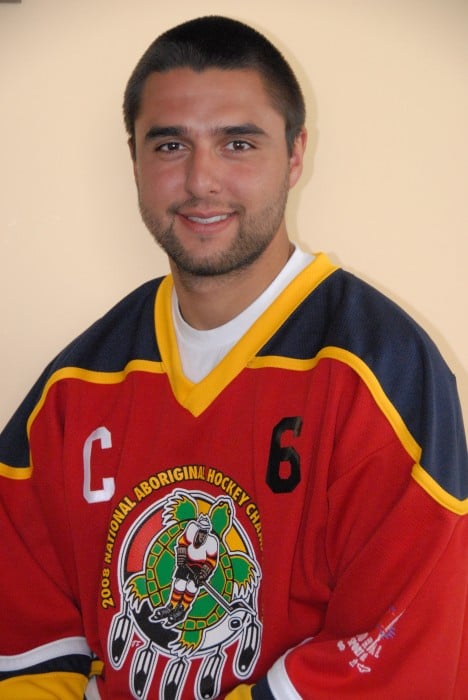 Growing up in Kuujjuaq, Nunavik, Dave Dupuis had never heard of college hockey. Now, at the age of 21, he is one of the first–if not the first–Inuit to play hockey for the National Collegiate Athletic Association (NCAA). His path to playing college hockey in the U.S. wasn’t easy. The rigours of academia and two concussions presented challenges. But he stuck it through and is set to graduate next year with a bachelor degree in business and management from Skidmore College, one of the most selective academic institutions in North America.

Dupuis, who was recently profiled in the New York Times,  took a break from studying for finals and spoke to Maclean’s about why “ugly goals” are better than “pretty goals,” on being a role model and how to open doors for Inuit kids in the future.

Q: You’ve been playing hockey since you were 3-years-old. How did you get into the game?

A: My father played when he was younger. He was a speed skater, but he knew hockey, and my siblings and I got on skates pretty early. There was never any organized hockey [in Kuujjuaq]. We played maybe one tournament per year for all the different age groups.

Q: Speaking of your dad, I heard that he helped build an indoor ice rink in Kuujjuaq in the 1990s.

A: Yes. He was president of the regional government at the time. It was in the plans to get a hockey rink and a gymnasium built.

Q: As a result, some pretty famous NHL players, like Hall of Fame defenseman Larry Robinson, started showing up.

A: Yeah. They were bringing NHL coaches or professional coaches. One year Larry Robinson was one of them. After the camp was done, we took him hunting with his crew and it just happened to be at the same place where I got my first caribou. I think I was seven.

Q: Did Robinson give you any advice about hockey?

A: Just little technical things. They were teaching skating, shooting, how to do drills. Stuff like that. Camp lasted barely a week.

Q: At 15, you were drafted by the Chicoutimi Saguenéens [a hockey team in the Quebec major junior league], but left the camp after a phone call from former NHL player, Joe Juneau. What happened?

A:There’s a 48-hour limit that you can’t pass if you want to keep your NCAA eligibility. [If you play for the Canadian Hockey League, you’ll lose your NCAA eligibility. But you can attend a camp to learn more about a CHL team while retaining amateur status, which is what Dupuis did. If you choose to attend a camp, you can stay for 48 hours if your team covers your expenses, or longer if it’s self-financed.] At the end of 48 hours Joey called me and said you know there’s a better route. He told me about his past when he played NCAA hockey and how he got to professional hockey while getting an education. That kind of struck me because my girlfriend left to go play hockey and soccer at Kent, a prep school in Connecticut. I went to visit her a couple of times and that just happened to be around the same time Chicoutimi called me up to play for them again. I came up with excuses saying, “Oh I can’t come for such and such reason.” Through my girlfriend I actually met the hockey coach at Kent. That got me thinking because growing up in Kuujjuaq, you never really hear about the NCAA, college hockey or anything like that. 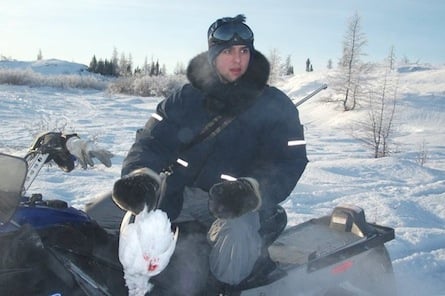 Q: You eventually enrolled at Kent. What was the transition like going from Canada to the U.S.?

A: It was really hard the first year. During my first semester at Kent, I was thinking about coming back home. I wasn’t really home sick. I had friends at Kent. It was more the transition in academics that was really getting to me. But I had great support, which was pretty much why I ended up staying. I don’t regret it at all. You can’t expect everything to be easy in life, right? Once I got to college that was another transition. It was pretty hard. Skidmore is one of the top liberal arts schools in the country. I’m enrolled in business and management. It’s a pretty hefty major and I struggled a little bit. Then again, I had great support here, too.

Q: Who helped you?

A: We’re surrounded by tutors and some of the tutors just happened to be some of my teammates. The older guys, the seniors and juniors were always willing to help out.

Q: When did it dawn on you that you are one of the first, if not the first, Inuit to play NCAA hockey?

A: Pretty much the first year I got into Skidmore. It just hit me. I even looked it up to see if anyone else played college hockey and there was no information. But, for me it wasn’t like ‘oh, glorious’ that I’m the first one. It was more of an eye opener, to let others follow in my footsteps.

Q: You suffered a concussion in your first game this season. How did that affect your life?

A: It put me behind. That was a real struggle because it was the second one I’ve had in four years. But I got off to a great start. I scored the first goal of the season for my team and then at the end of the game, I got hit from behind. It kind of put me in a fragile state academically, too. I had to take a break and take care of myself before I could go back to class and get my work done. I’m fine now.

Q: But even when you couldn’t play, you came out to support your team.

A: Yeah. I’m always in the locker room, trying to support the guys.

Q: In your opinion, what makes a great team?

A: Everyone working together. I try to live by a quote: “The ones that want to achieve and win championships motivate themselves.” For me, I’m pushing as hard as I can, but to win and to be successful everyone has to do the same. You can’t do it on your own.

Q: What is your favourite aspect of the game?

A: I love the goals. Honestly, there’s nothing better than winning and our best wins took a lot of team effort. Everyone sacrificed beauty, because a lot of guys like to score the pretty goals, but I think it’s the ugly goals that really matter.

A: When someone shoots the puck in the top corner, I think that’s a nice goal. An ugly goal, or I call them grinder goals, is when you’re crashing the net, the puck’s in front, everyone’s diving in front and you just push it in. You don’t necessarily shoot it, you just shove it in.

Q: You’re pretty active in the aboriginal community here in Canada. Just this year, you were named one of the National Aboriginal Health Organization’s role models.

A: Yeah. The funds ended up getting cut. That was one of the disappointing things. But I did get to go back home with the organization and play with the kids in the school gym over the weekend. Then I went to Kahnawake [a reserve located on Montreal’s South Shore] and I spoke to Mohawk kids. I asked them a lot of questions about their life. Some had surprising issues at home. There were kids saying, “My dad is an alcoholic.” A little five-year-old said that to me. Some of the kids were saying, “When my dad gets mad, I don’t want to go to school the next day.” I encouraged them to stay in school and if they can, join an athletic team.

Q: Why is it important for you to give back?

A: I know how hard it is. Your friends skip school, you have no motivation to go, you just want to play outside and do everything that your friends are doing. But that’s not necessarily good in the end. It’s really important that they see the doors open to them. If they work hard in school, they’ll give themselves an opportunity to achieve their dreams. It doesn’t need to be hockey.