How does a viola cross the ocean?

At great peril, thanks to an anti-viola stance taken by some airlines 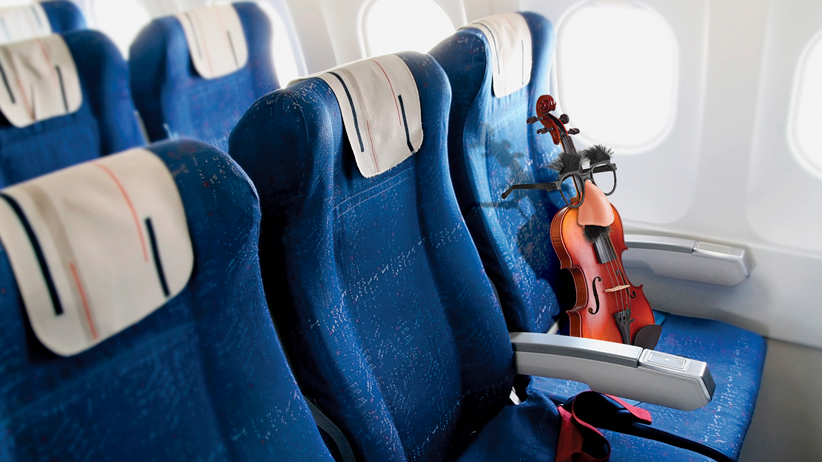 The late pianist and comedian Victor Borge was fond of saying “the difference between a violin and a viola is that a viola burns longer.” Having borne the brunt of so many symphonic jokes, viola players are used to this sort of thing. But Air Canada seems to have gone a little too far in adding another distinction: a violin would qualify as carry-on luggage, but not its slightly larger cousin, the viola. Instead, violas would have to travel in musical steerage with all the other checked baggage.

That was enough to spark a fugue of outrage and derision on social media after British music commentator Norman Lebrecht posted a story about the rules on his influential website, Slipped Disc, on Oct. 1. The Strad magazine and the site Violin Channel quickly followed suit, while members of Toronto-based Opera Five posted an online parody of the airline’s in-flight safety video: “We ask for your attention as we outline some of our entirely arbitrary and nonsensical policies on what musical instruments are allowed to be brought on board as carry-on luggage.”

While Air Canada specifically prohibited violas as carry-on luggage, larger instruments such as bass clarinets, guitars and banjos were permitted, as were bassoons—provided the latter were “folded.” Cellos could also be brought on board if an additional seat were purchased, and the airline even specified that violin mutes, about the size of a loonie, qualified for carry-on. “I think whoever was making their policy didn’t know what a viola was,” says Montreal violist Pemi Paull, who plays a 1789 French instrument worth $25,000. “I don’t know any violist who would be insane enough to check their viola.” Violins and violas look similar to the untrained eye, but while the length of a violin’s main body measures 14 inches, violas can range up to 17 inches. Violists mostly read from the alto clef and tend to play harmony. Bach, Mozart and Beethoven all played viola.

Amid the online storm—including Paull’s tweeted image of a viola surreptitiously nestled in a guitar case—Air Canada was soon backtracking. “We appreciate the feedback and are aware of inconsistencies with the viola baggage policy that has not been revised in some time,” the airline said in a statement. “We are making changes in the coming days to be in line with the policies for violins and guitars; our website will be updated when completed.” Says Paull: “I guess they didn’t realize there was a viola lobby.” The new rules essentially state that musical instruments can be brought on board as long as they meet Air Canada’s current size requirements for carry-on items and fit in the overhead bin or under the seat in front. Exceptions include string instruments, but the airline says it cannot guarantee space will be available, and instruments may still need to be transported as checked luggage.

Air Canada warns, however, that string instruments transported by air “may be exposed to dramatic changes in temperature and pressure, which can cause the instrument’s headstocks to crack or snap off.” That’s exactly what happened eight years ago when Ottawa student Paul Casey retrieved his $14,000 viola from Air Canada’s checked baggage, only to find it damaged beyond repair. To prevent damage, the airline recommends the strings be loosened and the instrument placed in a hard-shelled case. Brompton’s Auctioneers, a London dealer, further recommends lowering both the bridge and the sound post inside when shipping an instrument. If travelling musicians were to follow that protocol, they would have to hire a luthier to reinstall the sound post after every flight.

WestJet and Porter have rules similar to Air Canada’s, although WestJet won’t allow the purchase of an extra seat for instruments (which some U.S. airlines now demand, sparking a debate down south about who collects the frequent flyer points). For musicians like Paull, the lack of consistency remains a problem. Many violists simply insist their instrument is actually a violin. As soprano Rachel Krehm, Opera Five’s general director, says, “How many flight staff are going to tell the difference between a viola and a violin?”