How game theory can help you to be a better parent

Small humans competing for resources in your home? Mathematics can help, as Mike Doherty explains 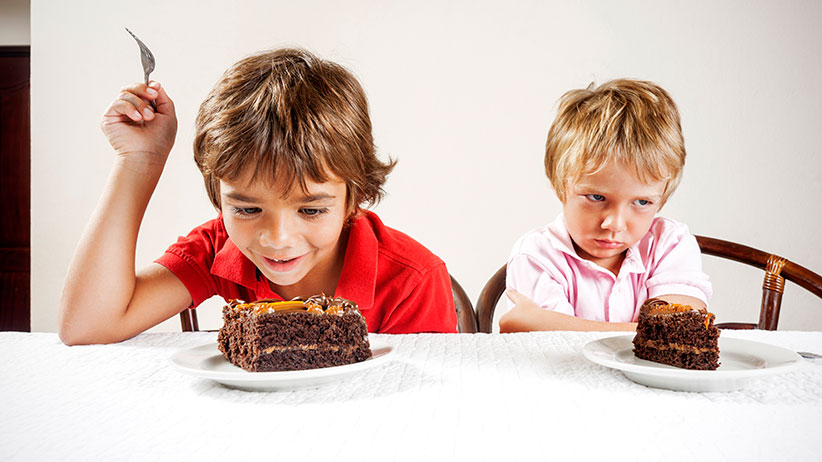 Of the many parenting books on the market, it’s fair to say only one invokes vampire bats and the Doomsday Machine. Not that The Game Theorist’s Guide to Parenting, by Kevin Zollman and Paul Raeburn, is all bloodsucking and mutually assured destruction: It uses strategic thinking and science to help parents navigate such dreaded children’s chestnuts as “He started it!” and “Are you saying you don’t believe me?”

Zollman, a philosophy professor at Carnegie Mellon, notes that “a lot of parenting books are guru-based: Somebody just tells you, ‘Do this, do that,’ without giving a systematic approach.” In contrast, he and Raeburn (author of Do Fathers Matter?: What Science Is Telling Us About the Parent We’ve Overlooked) use game theory, which applies mathematical models to the behaviour of people—or animals—competing (or co-operating) for resources. The idea is to make parenting more rational.

“Kevin and I are both compassionate people, I can assure you!” laughs Raeburn, but he and Zollman advocate being more Mr. Spock than Dr. Spock. Logic is key, they say. Children of all ages and species will try and derive whatever advantage they can, and parents must fight back without resorting to emotion. An irritable parent is a vulnerable one.

The advice they offer is grounded in reality—if derived from unexpected sources. Want to encourage your kids to tell the truth? Raeburn and Zollman turn to seabirds: Leach’s storm petrels. These hunting birds, found commonly off Canada’s East Coast, feed their babies only every three days. They “completely ignore their young when they beg for food,” so the chicks have no incentive to pretend to be hungrier than they really are. Similarly, one should eliminate any rewards a child can derive from lying, as Zollman’s parents did when he was a kid. Faced with his repeated insistence that he had less homework than he actually had, they made him do two hours worth of schoolwork every night, regardless.

Related post and video: Why it’s time for parents to grow up

>> Read the feature that prompted so much mail

When it comes to school, the authors suggest, children should be treated as parents’ “agents,” helping parents to accomplish their own goal of getting the kids an education. Parents know less than their offspring about what happens at school, how much work students are asked to do, and how much effort they’re putting in. So the incentives they offer should be like commissions, set up to “overcome the desire to avoid work while not punishing someone doing a good job.”

“Parents or caregivers can use each other as Doomsday Machines,” the authors write, about matters of discipline. “Mom can tell Dad that if Stephen misbehaves Dad gets to choose the channel for that night’s hour of TV.” Stephen’s misbehaviour would automatically trigger a reward for Dad—and a consequent loss for him.

“Tit for tat” can apparently be surprisingly helpful in getting children to clean up. The “eye for an eye” pattern can be used for constructive resolution: if a parent gets the kids started by putting one toy away, and encourages them to follow suit (Kid A picks up a toy, and then Kid B picks one up), a fair division of labour can result in a clean room. In fact, Raeburn explains that children’s innate sense of fairness can generally be exploited: “As they get to be eight or nine, kids start to be uncomfortable at getting the bigger piece of cake or more candy and more likely to share with the less fortunate sibling.”

Even the most rigorously logical parenting approach based on mathematics won’t feel fair and satisfying every time to everyone. If a family wants to decide, say, where to eat supper, they can use a preferential voting system, but this can end up deadlocked. The authors suggest the “random dictator” method: putting everyone’s favourite option into a hat and drawing one out. “Parents struggle with this,” says Zollman. “Why can’t we always make decisions that everybody sees as fair and is happy with? It turns out that it’s not because you’re not smart enough; it’s because it’s basically impossible.” At least The Game Theorist’s Guide offers justification for throwing one’s hands up and resorting to chance: “It frees you up to say, ‘This is the best that we’re going to do.’ ”