How should Canadian employers prepare for legal marijuana? 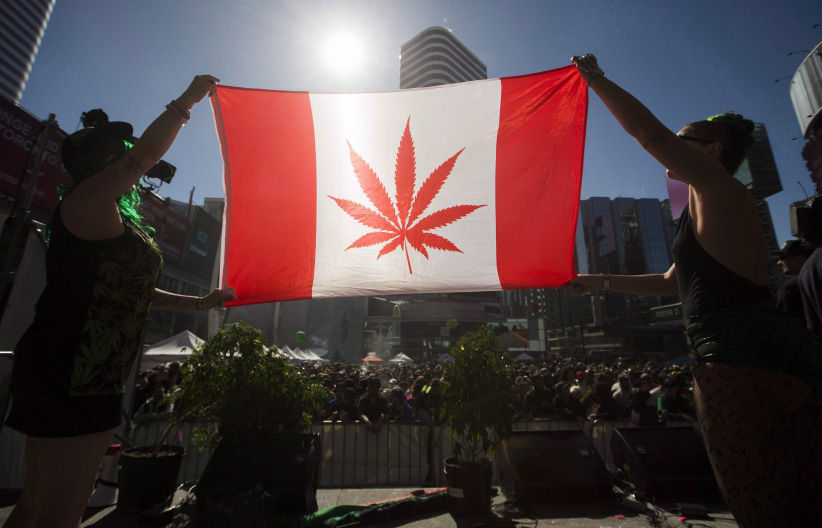 TORONTO – Once recreational cannabis use becomes legal, taking a “smoke break” at work could suddenly become much more complicated.

At least that’s the fear among some human resources officials who wonder if the law change will bring impairment at work, decreased productivity, poor attendance and, of course, safety issues.

Many questions linger over what legal pot will mean for the average workplace, says Scott Allinson of the Human Resources Professionals Association, which outlined its concerns in a 25-page report over the summer.

While some of those issues have been addressed by proposed provincial limitations on who can toke and where, Allinson says many in his field are still unclear about what constitutes impairment and when an employee can be tested for cannabis use.

“Is it going to be decreased work performance? Is that going to be a huge issue? Is attendance going to be a big issue?” says Allinson, whose provincial group represents 24,000 members, most in Ontario but also some outside the province and country.

“And then the disciplinary procedures of how to deal with it — (who is) going to be the test case for the first court case?”

Without a clear, legal definition of impairment, many human resources officers are unsure how to revise their policies, he says, especially in sectors that are not especially safety-sensitive.

The tricky part is in explicitly outlining how much is too much, detailing expectations about possible recreational use before a shift, and being able to accurately monitor job performance they suspect is affected by pot use.

“There are policies in place that tell you when it comes to alcohol, you can’t drink — for pilots or for truck drivers, you can’t drink X amount before (a shift),” he says. “What is it for somebody who is consistently a user recreationally? Is that impairing him to do his job as a desk worker?”

Indeed, it’s the sectors where safety issues are less concerning that might be less prepared for possible fallout of legalization, slated to take effect by July 2018, suggests human resources consultant Jan Laevens.

“I worry about the systemic and the more subtle impact because the extremes are always a little more straightforward to deal with,” says Laevens, who works with the Toronto firm HirePower.

“If people are going out and having a few drinks at lunch, are they coming back? And we’re seeing a productivity drop of 10, 15 per cent? Haven’t a clue. Very hard to ascertain. Very hard to measure and certainly very, very challenging to investigate.”

Right now there is no reliable test for impairment. While urine and saliva tests can detect the presence of THC — the active ingredient in marijuana — that doesn’t indicate active impairment and it can take between 24 and 48 hours for THC to clear the system.

It’s also possible for a worker to test positive if they’ve been exposed to second-hand smoke in a poorly ventilated room, according to a recent study at the University of Calgary.

The Canadian Union of Public Employees cautions employers from using legalization as an excuse to pursue a more aggressive policy around random drug testing, which is rarely permitted and requires a high legal bar to protect workers’ human rights.

The public sector union, whose members include flight attendants, paramedics, and child care workers, says there are more effective ways to manage addiction and substance abuse issues “that are constructive rather than punitive.”

Nevertheless, it seems that employers are investigating their options.

Employment lawyer Nadia Halum saw a spike in queries about random drug tests after a Superior Court judge allowed the Toronto Transit Commission to test its employees earlier this year.

But she says the TTC had very specific criteria that earned the judgment, beyond the obvious safety concerns.

“A lot of what the court decision took into consideration is that when it comes to the TTC workplace, it’s the entirety of the city of Toronto and that an accident could affect not only workers but a pedestrian, members of the general public,” says Halum.

Just last week, a union that represents 3,000 oilsands workers in northeastern Alberta won a court injunction against random drug testing by Suncor Energy. The judge said the privacy rights of employees are just as important as safety concerns.

The whole issue is a thorny one — Halum notes that even raising concerns with an employee about possible impairment must be handled carefully. In an office environment, the connection between substance use and a perceived drop in productivity would have to be clear. An employer would also have to rule out the possibility of addiction, which is considered a disability.

Edmonton-based cannabis expert Alison McMahon says some signs of cannabis use to look for include odour, appearance and pupil dilation, as well as any change in ability to multi-task and stay focused.

Even when accommodating medical use, “under no circumstances does an employer have to accommodate impairment in the workplace,” she says.

But if it’s going to be a problem in the workplace, it’s likely a problem now, she says.

“People who are willing to take the risk of being impaired in the workplace, they’re probably already exercising that today,” says McMahon, whose Calgary-based company Cannabis at Work educates employers and helps them comply with changing legislation.

She says employers need to know there are different strains of cannabis, each with different properties and uses. Some strains are low in THC and high in cannabidiol, or CBD, which has been shown to have medicinal properties without the psychoactive effects.

Unfortunately, McMahon says stigma has led a lot of employers to avoid or ignore the issue of marijuana at work — even medical marijuana, which has been legal for years.

“We have been told for so long that cannabis has been an illegal substance, essentially if you use it that means that you’re a bad person. It takes a long time to shift away from those stigmas.”

Another problem is that research has been slow to keep up with the demand for more information, say scientists Andrea Furlan and Nancy Carnide, who are studying existing literature to see if there’s any link between cannabis use and workplace injury, death and near-misses.

Data tends to come from drug tests conducted after an accident, says Carnide, a post-doctoral fellow at the Institute for Work and Health. There is scant data with control groups, which would suggest the extent to which workers who did not have an accident were also using cannabis, and whether the rate of use was greater among workers who had accidents versus those who did not.

And while it’s widely assumed that recreational pot use would increase when legal, that’s hard to nail down, says Carnide, whose review for the not-for profit research organization is expected to be completed in summer 2018.

Furlan says whether cannabis affects productivity is another open question, noting there’s little data on its impact — even among medical marijuana users.

Sharon Somerville says her family business in Oak Bluff, Man., has a well-defined policy about what’s allowed and not but she’s still unsure she’ll know how to adequately assess possible impairment, or know when she can legally dismiss a worker.

“You as the employer have no way of knowing if somebody took it half-an-hour before they left for work that morning or if they took it the night before,” says Somerville, the human resources boss at Somerville Design Homes Ltd.

“You really have to know how somebody behaves and look at their behaviour … and it doesn’t necessarily mean it’s drug-induced or not drug-induced, there could be lots of things. It’s very murky, there is no black-and-white and that’s the problem.”

Although she’s consulted a lawyer on firming up company policy, she says she’s waiting for more government guidelines on how marijuana will be restricted.

Allinson predicted a “painful transition period when this becomes law in July.”