Some Swedish towns are experimenting with a six-hour work day, and France just passed legislation that enshrines the 'right to disconnect' in the evening and on weekends 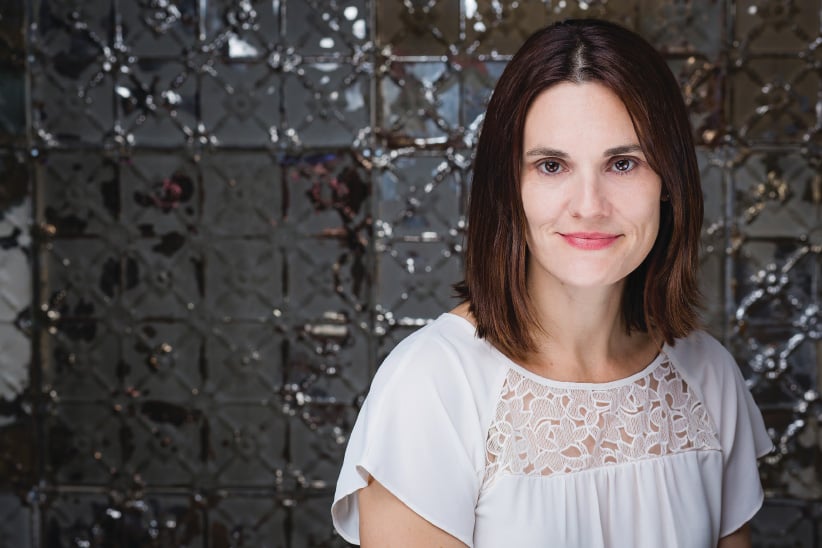 Thanks partly to the very devices that were supposed to free us, a borderless work life is no longer the freelancer’s personal millstone: for most of us, an uninterrupted weekend of leisure has come to seem indulgently quaint. Combining history and interviews as well as copious personal research and reflection, the new book by Toronto journalist and novelist Katrina Onstad looks at the effect the dissolution of the labour movement’s hard-fought gains is having on our psyches (spoiler alert: it’s not good). The Weekend Effect distills the key elements of a weekend well spent, and suggests ways we can begin to try to reclaim these precious 48 sequential hours.

Q: You write that “it took a century to win the weekend. It’s taken only a few decades to undo it.” What were the major forces related to this winning and undoing? Is it fair to blame the lion’s share of the latter on post-Internet technology?

A: Sure, we can do a bit of blaming: the proliferation of devices means we’re always at work, always on call, always available. Physically leaving the office isn’t a declaration of being off work anymore; your office is in your bag or pocket. But a bunch of other factors converged to compromise the weekend. We have that five-days-on-two-days-off structure because organized labour fought like hell for it; it was actually the defining issue of early unions that were trying to tame the brutally long workday of the Industrial Revolution. As unions have weakened, so have many worker protections. Now we have a gig economy where many people are holding down several jobs at once. In Toronto, over half the population has “insecure” work— contract, temporary, part-time. The whole concept of a 40-hour week makes people under 30 laugh. And secularization! Let’s not forget that.

Q: What does the erosion of the weekend mean for us as individuals? Collectively?

A: On a personal level, we know that our bodies suffer from overwork and lack of leisure: anxiety, mental-health issues—we’re not designed to work more than about 40 hours a week. Our systems wear out and the quality of the work suffers. After 50 hours, it crashes and burns. But on a societal level, what happens to community when people don’t have time to gather or connect, in person, not just over social media? Not having time off becomes a public-interest issue. It means the erosion of social bonds, less civic contribution and participation. Loneliness is on the rise in North America; we find ourselves too busy for true connection, prioritizing work over life.

Q: You suggest the dreaded “Sunday blues” are as much about the weekend’s missed opportunities as the dread of the workweek ahead. What disappoints us so much about our weekends?

A: There’s something about the weekend, even for non-religious people, that feels sacred, so a violation of that sanctified time is almost a betrayal, something blasphemous. The sabbath is the edict to break from work. It was God’s call-out to the slave to protect an identity beyond labourer—no production and consumption, just one day a week. So the weekend becomes this open space, infused with possibility. When we don’t get that escape from our work selves, I think we feel its absence on a deep, almost primal level. Leisure is uncommodified, unoccupied time where we get to be truly free, so feeling bad about missing the weekend isn’t just, “Damn, I didn’t make it to the mall!” It’s a profound loss.

Q: People who love their work often say they’re happy to work weekends. You seem leery of this, and of businesses that try to make their workplaces look like adult playgrounds. Why are these ostensibly good things potentially insidious?

A: It’s a funny thing that when you tell people they should consider taking a real weekend off, they might immediately tell you, “But I love my work!” And that’s awesome; I love my work, too. Many white-collar workers are lucky enough to have creative-class jobs that are satisfying, which is great as long as you’re still able to carve out true, work-free leisure at some point. But there’s been a kind of sneaky reframing of work as play as the Silicon Valley model has been imported into other fields. Now you see adult offices that look like nursery schools, and staff paintball parties, work cultures that encourage the “We’re a family here!” fantasy while preventing workers from going home at a reasonable hour to be with their actual families. This kind of work is a back-channel tactic used by what sociologists call “greedy institutions:” places that expect their employees to give over their lives totally, no limits. Who does it serve for workers to say: “I don’t need time off ever—I’m happy on this bouncy-chair all weekend”? This is the “cult of overwork.” Yet we know that people who work without breaks get tired, introduce errors, get sick and miss out on life. Make no mistake: those staff room hammocks are designed to keep you in them on the weekend.

Q: You’re a novelist, a job with notoriously slippery, undefined hours. Inspiration being such a fickle thing, do you think artists—writers or painters, say—also need weekends off?

A: Well, far be it for me to dictate to the artists! I know Stephen King is uncompromising on the idea that writers should practise their craft every single day, and it clearly works for him. Personally, I relish a day off with some boredom; it gives me space to feel the world, observe, stir up the epiphanies, which I need if I’m creating fiction. On the other hand, I’m a big advocate for beauty and creativity on the weekend, which can be incredibly rejuvenating. For me, writing started as pleasure that became professionalized, so my relationship to it is a bit sullied now. I’m working it out.

Q: Statistics suggest that educated, high-wage earners are now working more hours than lower-wage earners; in this respect, you call our new digital reality a “great class equalizer.” Isn’t this a positive thing?

A: It used to be that wealthy people were the leisure class, and having time off was a status symbol. That’s switched now: being busy and overworked is the reality for many white-collar workers, and there’s a kind of perverse currency to that, competitive busy-ness. Then, at the other end of the income scale, there’s a swath of lower-wage workers who are underemployed or unemployed, with too much unwanted leisure, and zero status for that. For shift workers, devices mean they’re accessible in ways they weren’t before, susceptible to that call from the boss to log more hours. Meanwhile, wages have stagnated for everyone except for the 1 per cent. What I mean by that statement is that there’s been a levelling where, across the income spectrum, it’s difficult for workers to feel truly “off” work and claim that free weekend.

Q: As a society we value busy-ness, or the appearance of such, and yet studies show there’s no correlation between long work hours and productivity. One of the book’s more surprising assertions is that most of us work longer hours than the average medieval peasant. How is this possible?

A: Isn’t that weird? That’s research from the great economist Juliet Schor. Medieval peasants lived where they worked, and they took long breaks in the middle of the day, syncing their work to the natural rhythms of the land, the weather. They worked on task time, not clock time: their days were determined by how many tasks they could complete, not by the arbitrary measure of the clock. They loved a day off, too. Schor writes that before the Reformation, a European church calendar might mark as many as 156 holidays. I’m still not convinced anyone would want to switch places with a medieval peasant ,though.

Q: Who out there is doing weekends right?

A: I might reframe that question to say: who’s doing leisure right? Who has decided that workers with active inner and outer lives beyond the job are better workers, and people? So there are towns in Sweden—naturally—experimenting with a six-hour work day. They’re figuring out how to rein in costs, but the research so far confirms that people who work less are actually more productive and less prone to absenteeism. France recently passed legislation that enshrines the “right to disconnect” on weekends and evenings. So those are necessary systemic shifts, government-driven protections. On the business side, innovative leaders are beginning to wake up to the fact that this non-stop work trend is bad for business: Google Ireland tested a program called Dublin Goes Dark, where employees turned over their phones at the end of each work day. Volkswagen implemented a program for some workers where servers stop sending emails between 6.15 and 7 a.m. I talked to the head of a Chicago-based software company called Basecamp that practises the four-day weekend, and it’s been a huge success. It seems like a sea change is ahead. Fingers crossed.

Q: You did a lot of first-hand research for this book, participated in some unusual leisure activities. Did you pick up any new hobbies along the way?

A: I was running with a group on weekends for a while and was shocked to find how much I liked it. I’d bitched about running groups in print before (a solo runner who bumps into a running group can feel like an ant encountering a herd of elephants) but found something calming in this collective experience. I also attended an ecstatic dance party in San Francisco on a Sunday morning and found that to be a fascinating communal activity, secular with a ritualistic, spiritual patina. Any Sunday that begins with a DJ and people dancing on stilts is pretty excellent.

Q: The book ends with a Manifesto for a Good Weekend. How should a weekend be?

A: I talked to a lot of people about what makes a good weekend, and discovered a few common threads: human connection, play, interaction with nature, exposure to beauty. It’s unrealistic to think we’re going to get that full 48 hours of respite, so it becomes about seeking those rejuvenating beats: maybe it’s just sitting under a tree in the parkette by the grocery store for a while, unplugged and purposeless. One study found that volunteering actually makes people feel they have more time, not less. A good weekend usually involves more than just passive leisure, like spectator sports or binge-watching The Crown. What’s more edifying are activities that generate meaning or purpose. Those Sunday blues often hit because the weekend was only about shopping and chores. If you can clear up some of that domestic detritus on weeknights, you might reclaim some time for what matters. Maybe the laundry can wait until Monday.